The event will screen nine movies such as “The liberator” (Venezuela), “Whisky” (Uruguay), “Paradise” (Mexico), and “the Wind and the Water” (Panama) by nine countries in the region includingPeru, Argentina, Cuba, Colombia, Chile, Mexico, Panama, Uruguay and Venezuela.

Addressing the press conference, Luis Tsuboyama, charge d'Affaires of the Embassy of Peru said the films would introduce the unique aspects and rich culture of Latin America to the Vietnamese audience, which would help Vietnamese audiences learn more about the participating countries.

The Latin American Film Week will screened the movies at the Cinematheque cinema at No 22A Hai Ba Trung, Hanoi./. 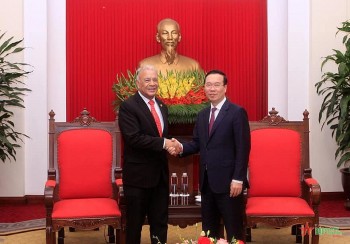