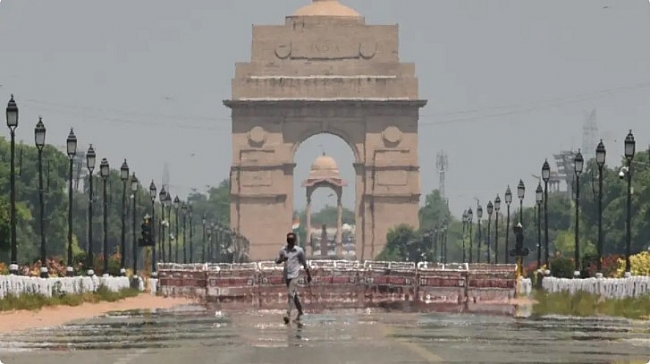 Areas with above maximum temperatures of 40°C are expected to widen northward, engulfing southern Haryana and southern Uttar Pradesh in the process.

The UK is forecasted to have largely settled and dry conditions with plenty of sunshine on Saturday. Meanwhile, rain sets to turn heavy through the Balkan States. 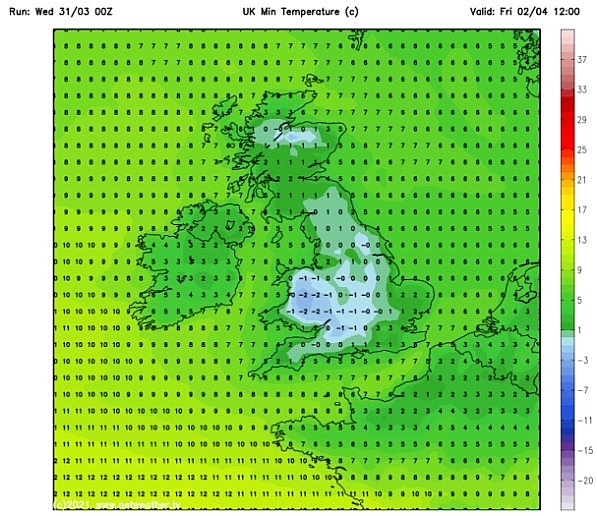 The UK is forecasted to have breezy conditions in the east and feeling cool along the coasts. Meanwhile, temperatures turn cold in northern Europe and showery Iberia. 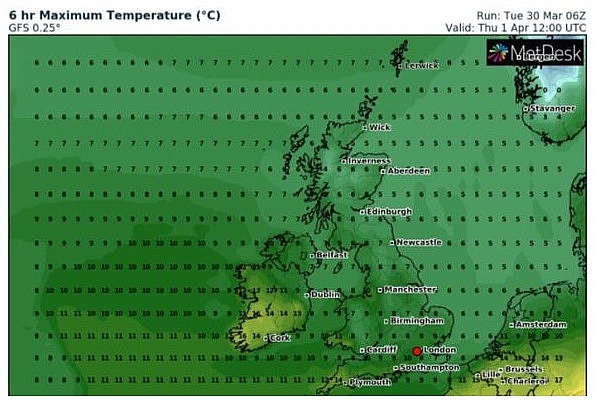 Thursday looks mostly dry, with plenty of sunshine, best in the North and West. Meanwhile, fair conditions set to cover most of Spain and Portugal, unsettled and chilly in Greece and Turkey. 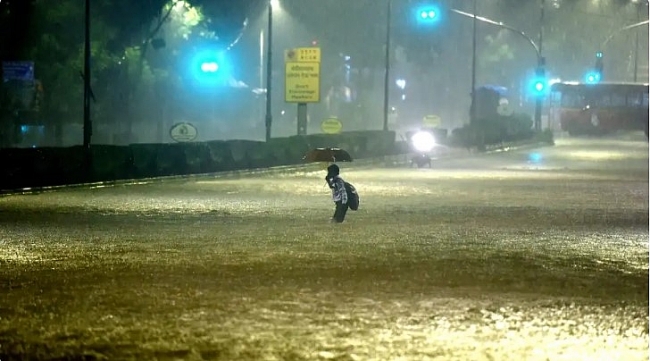 Widespread rainfall with thunderstorms, lightning and gusty winds are expected to hit over Andaman & Nicobar Islands during the next four days.

Tomorrow most of England, Wales, southern Scotland and the south and east of Ireland and Northern Ireland will have another dry and warm day with sunny spells. Meanwhile, fine and warm conditions are expected in much of central and southern Europe, more mixed Scandinavia and cooler here too. Tomorrow will be a dry, sunny and very warm day for the majority of England and Wales, especially in the south. Meanwhile, largely dry, fine and feeling warm are expected across much of Europe but cooler and more unsettled conditions for Scandinavia. 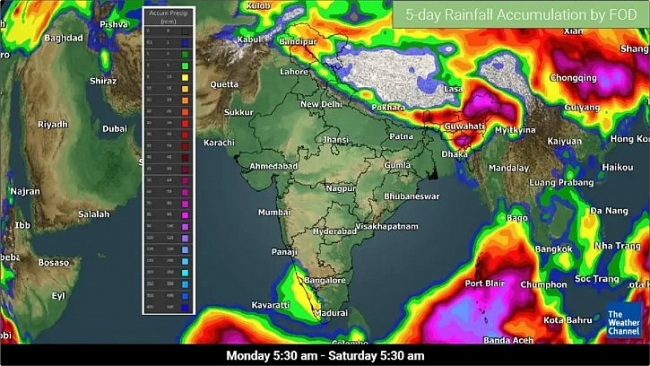 Northeast India could witness increasing rain from early on Tuesday with intensifying southwesterly winds from the Bay of Bengal. Widespread rain, along with thunderstorms, will peak between Tuesday to Thursday with localized rainfall of over 100 mm forecasrt in three days. 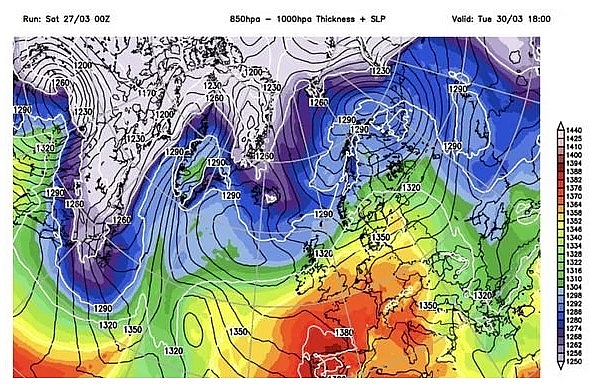 UK and Europe daily weather forecast latest, March 29: Cloudy weather with hill fog and some drizzle in the west

England, Wales and the south of Ireland will be mostly fine and sunnier on Monday, but it will be quite cloudy with hill fog and some drizzle in the west. Meanwhile, much of Europe is largely settled, however, Scandinavia will see strengthened winds and wet conditions. 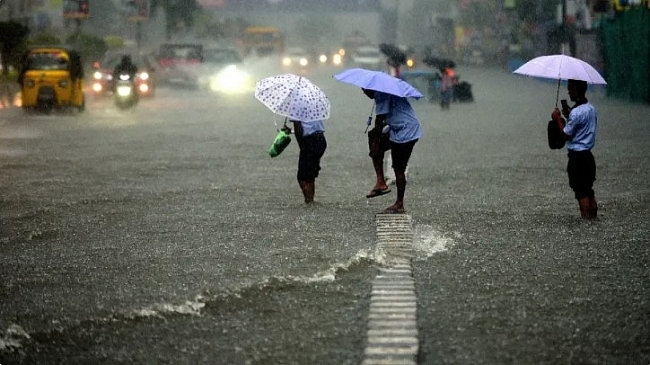 Parts of Northeast India are set to end the month of March on a high as far as rainfall is concerned, with heavy showers forecast over the region starting Monday, March 29. 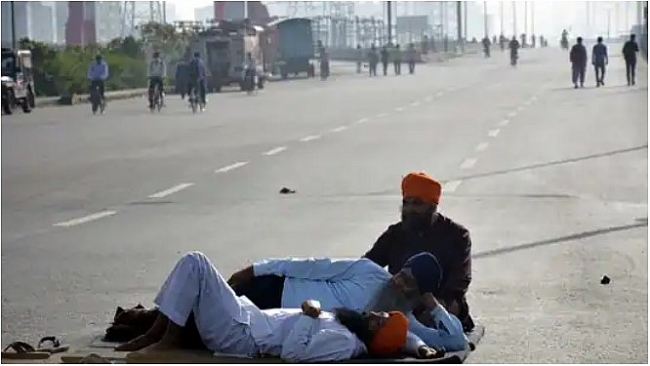 Thunderstorms and lightning are expected over Himachal Pradesh and Uttarakhand, while thunderstorms, lightning and hail are also on the cards over Jammu, Kashmir, Ladakh, Gilgit, Baltistan & Muzaffarabad during March 28-29. The UK is expected to have a rather cloudy and windy day. Rain and mountain snow is likely across many western areas from Wales northwards. Meanwhile, a cold front brings a chilly blast to northern Europe. It is expected to have a brighter start over much of the UK despite outbreaks of drizzle and low cloud affecting hills of southern England and Wales. Meanwhile, low pressure brings an unsettled spell to northwest and northern Europe. 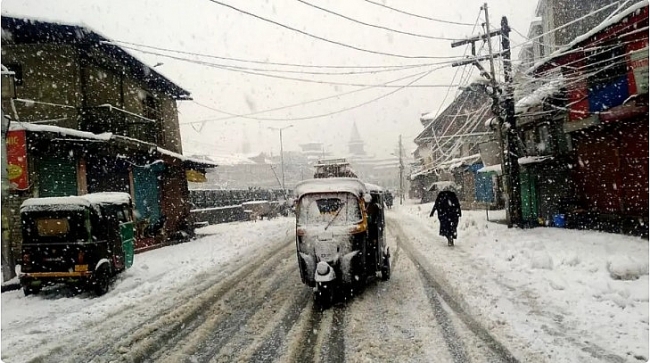 Wet conditions over parts of North India, particularly the Western Himalayan region (WHR), are set to continue this coming weekend, as a fresh rain and snow spell has been forecast across the northernmost states and territories. The UK is forecasted to have windy with blustery showers spreading southeast behind a band of more general rain. Meanwhile, patchy rain sets to hit central Europe, fine central and western Mediterranean. Day temperatures are expected to increase significantly over North West and Central India leading to heatwave conditions at isolated pockets of Saurashtra and Kutch as well as parts of Konkan and Goa. UK and Europe daily weather forecast latest, March 25: A mix of sunshine and blustery showers in the UK

The UK is forecasted to have a mix of sunshine and blustery showers on Thursday. The North and West will see the most widespread showers, some heavy and perhaps thundery. Meanwhile, largely dry weather is expected but with heavy showers affecting the Aegean. Chilly across Scandinavia. After widespread rain and thunderstorms over the western Himalayas and parts of the northwestern plains this week, dry weather is likely over the region from Thursday. UK and Europe daily weather forecast latest, March 24: Cloudy in south of the UK with light rain or drizzle

Cloudy in south with a little light rain or drizzle but brighter to the north with some showers for Scotland, Northern Ireland and perhaps northern England. Meanwhile, dry weather is expected for most of central and southern Europe, although cold with heavy showers in Greece and Turkey. Vietnam to get international support in Covid-19 fight