The British Council announced on 11 December 2021 the recipients of the Study UK Alumni Awards 2021-22 in CHINA at a ceremony in Beijing.

In total, 11 UK alumni in China were shortlisted for their outstanding achievements as business professionals, entrepreneurs, and community leaders, and for their contribution to strengthening ties between the UK and China. 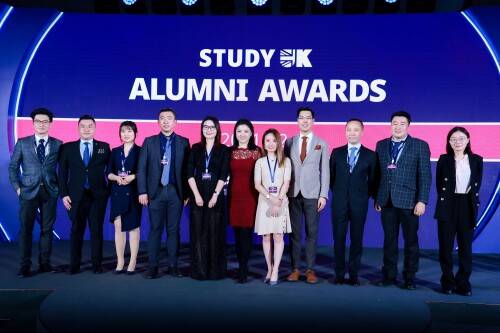 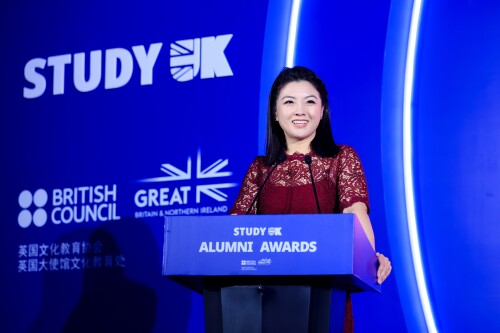 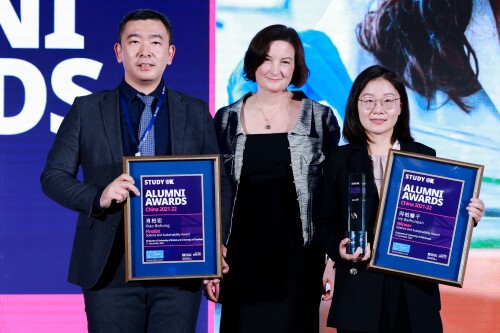 Science and Sustainability Award was presented to He Baihuiqian, a graduate of the University of Edinburgh. Hebaihuiqian is an atmospheric scientist with research interests that lie primarily in urban-scale air pollution modeling and using modeling results to inform both the public and policymakers on human exposure to air pollutants and ultimately help them mitigate or avoid significant negative impacts.

Upon receiving the award, He Baihuiqian noted, 'This award carries a strong and long-term responsibility and I hope I don't disappoint my alma mater The University of Edinburgh. I look forward to seeing more people devoted to the science and sustainable development, and making contributions together.'

Culture and Creativity Award was presented to Xie Yi, a graduate of King's College London. Yi Xie is a pioneer in the immersive entertainment industry between UK and China. As Representative in China for Society of London Theatre (SoLT), Yi has produced a few world-class licensed immersive theatres in China, had has been selected as senior associate by China Association of Amusement Parks and Attractions, China National Innovation Alliance and Shanghai Cultural and Creative Association.

Xie Yi noted, 'I thank the British Council for hosting this event so I can be connected with so many brilliant souls. A big thanks to my schools -- University of Westminster and Kings College London, for filling me with knowledge and skills that I benefit from every day in my career. I am grateful for my family and friends for supporting me in exploring this immersive industry from the beginning of my journey. I also want to give a huge thanks to all of the collaborators and colleagues in the UK and China, without whom I cannot achieve anything on the record.'

The Social Action award was presented to Chen Zemin, a graduate of the University of Manchester. Dr. Chen Zemin has been working in the UK higher education for over 10 years since 2009 and she created UCLan Online in 2017 to link UK universities with students, alumni, industry, and online learners, now with 250,000 followers. UCLan Online also won third place in the Educational Links category at the Department for International Trade (DIT) Greater China Awards in 2018 for honoring organizations that have contributed to developing business or relationships with China.

Chen Zemin noted, 'I was so privileged to receive the "UK Alumni Awards-Social Action Award", many thanks to the British Council, the University of Central Lancashire, and The University of Manchester. I can't believe it's been 16 years since I first went to the UK, it's definitely been a life-changing journey.'

The Business and Innovation award was presented to Wang Wen, a graduate of the University of Aberdeen. Wang Wen is the CEO&CMO of IASO BIO, a global clinical-stage biotechnology company with 400+ employees, operating at China and US, dedicated to developing breakthrough cell therapies treating cancer and autoimmune diseases. With $178 Mn USD capital fundraised since 2017, he is leading the company going public and launching the Chinese 1st BCMA-CART therapy to the market treating cancer patients soon.

Matt Burney, Country Director at the British Council in China, spoke through the video that "It is our mission to connect people to life-changing opportunities the UK has to offer. The success stories of a handful of some of the 750,000 Chinese alumni that have studied in the UK and that have contributed to building the people-to-people bridge that help us move forward through thick and thin. You are the embodiment of the ties that exist between our two countries."

Leina Shi, Director of Education at the British Council in China, said: "It allows us to celebrate the role international students play in making the UK one of the most diverse, dynamic and rewarding higher education destinations for international study. It also allows us to recognize the achievements and contributions our alumni from China have made to their communities. The UK cares deeply about celebrating their success, and while they no longer study and live in Great Britain and Northern Ireland, they somehow remain connected to it.

China is the second country to host the awards this year and will be followed by awarding ceremonies in a further 23 countries, including India, Armenia, and Qatar.

About the Study UK Alumni Awards

The Alumni Awards were developed by the British Council and UK universities and were launched by the British Council in September 2014. They are open to alumni currently residing in any country outside the UK, who have studied in the UK, at an officially recognized provider of UK university degree level study for a minimum of a term or semester, or who have been awarded a full UK degree level qualification (or higher), by a UK university, within the last 15 years.

Award winners and finalists are leaders in their fields who have used their experience of studying at a UK university to make a positive contribution to their communities, professions, and countries. The Alumni Awards celebrate and showcase the impact and value of a UK higher education and raise the profile and reputation of UK alumni, their former universities, and the whole of UK education.

About the British Council

The British Council is the UK's international organization for cultural relations and educational opportunities. We build connections, understanding and trust between people in the UK and other countries through arts and culture, education and the English language. In 2019-2020 we reached over 75 million people directly and 758 million people overall including online, broadcasts and publications. Founded in 1934 we are a UK charity governed by Royal Charter and a UK public body. We receive a 14.5 percent core funding grant from the UK government.