9 officers on March 12 returned Vietnam as they have terminated their peacekeeping duties in Africa after a prolonged stay due to the COVID-19 pandemic.
Jasmine Le
lehang1997hanu@gmail.com March 13, 2021 | 19:17

“All 9 officers have had an excellent performance, some are even exceptionally excellent. Leaders of the Peacekeeping Mission have sent a letter of merit to credit their contribution”, Major General Hoang Kim Phung, Director of the Vietnam Peacekeeping Department was quoted by VNE.

Phung said the 2019-2020 term was a memorable one for all Vietnamese officers. The complicated development of COVID-19 in the Central Central African Republic and South Sudan has brought along certain difficulties in force rotation. Many Vietnamese officers had their working terms extended, (from 2 – 10 months longer than scheduled).

“Through the hardship, we could see that Vietnamese officers’ experience and awareness are as strong as international counterparts. I hope other officers could not just keep up but lift this spirit in the coming time”, Lieutenant General Nguyen Chi Vinh, Deputy Minister of National Defense, expressed his joy.

Meanwhile, on March 12, Lieutenant Colonel Tran Duc Huong received the President's decision to go on a peacekeeping mission at the United Nations headquarters (New York) on the morning of March 12.

Vinh said, the Government has prepared for training and application for positions at the United Nations since 1995, but after 25 years since then, no one has been admitted to work there. So, he was delighted to have three Vietnamese officers recruited into the United Nations headquarters. "When there are officers at the staff center of UN, the country's position will be raised, we will also have enough information to timely deploy troops participating in United Nations peacekeeping mission in the coming times", Vinh said.

Huong used to work at the UN Peacekeeping Mission for 2 terms. Therefore, according to Vinh, Huong needs to be promoted to work at the UN headquarters. "Why can't the mission leader be a Vietnamese? We need to have that kind of ambition and determination," Vinh stressed.

He will also be in charge of strategy and campaign consulting on military issues, especially on adjusting payroll organization of functioning missions, about-to-established missions, or closed missions. Besides, his job includes supervising the payroll organization, equipment, and capacity for military forces and military units, preparing and participating in the visit to the survey, evaluate, visit pre-deploy, research military capacity.

Lieutenant Colonel Tran Duc Huong was recruited for the position of Planning Staff Officer, Military Planning Division, Department of Peace Operations, UN Headquarters in October 2020, after passing 3 rounds of application and examination, competed with about 200 applicants from UN member countries. This is the second officer of the Vietnam People's Army to be recruited at the UN headquarters in New York, after Lieutenant Colonel Luong Truong Vinh. 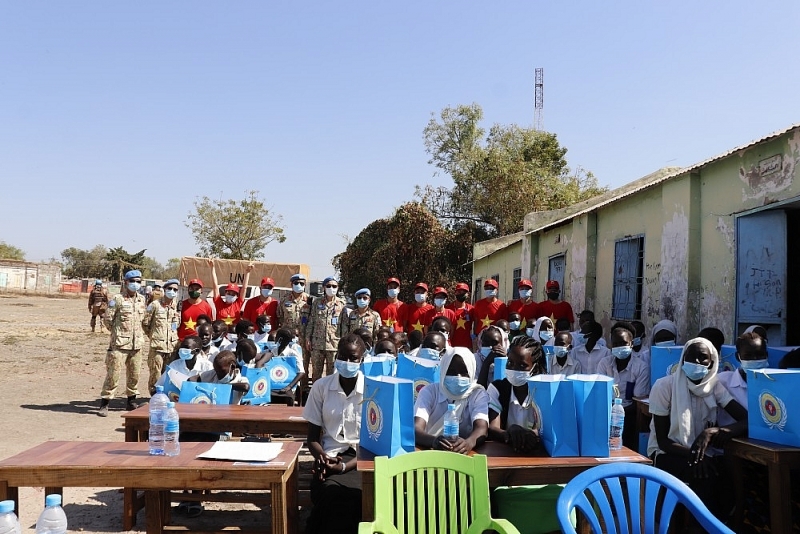 With high expertise, dedication and compassion, Vietnamese doctors and soldiers doing UN’s missions are earning gratitude and appreciation from South Sudan patients.
May 13, 2021 | 09:12