The design donned by Canadian-American actress Catherine O'Hara at the 2021 Emmy Awards was named among the ten best outfits by Harper's Bazaar. The “Schitt’s Creek” actress dared to bare in one-shouldered coral Cong Tri, reported VnExpress.

"Catherine O'Hara brought some colour to the red carpet, wearing a beautiful bright red design by Cong Tri. The ensemble was made up of an off-the-shoulder jumpsuit with dramatic draping and a long train," the American fashion magazine wrote about the outfit O'Hara wore at the 2021 Emmy Awards in the US on Sep. 20.

The jumpsuit, made of chiffon fabric with high quality folding techniques, is a piece from Tri's Fall-Winter 2021 Collection, which was introduced by Vogue a few months ago.

After last year's historic Emmy wins, Dan Levy, Eugene Levy, Annie Murphy and Catherine O’Hara fabulously reunited at the 2021 Emmy in Los Angeles on Sunday. The Emmy-winning actors were a bright bunch as they were on hand to present during the telecast, according to Etonline.

Last year, the beloved Canadian sitcom won for Outstanding Comedy Series for its sixth and final season and also picked up wins for acting, writing and directing. Schitt's Creek was one of the most-nominated shows of the year, scoring 15 total nods, including recognition for the four leads, walking away with nine total wins, the most for any comedy series in its final season of eligibility.

Its sweep of the acting categories was a first for the Emmys, with no other show in history taking all four in a single year.

Ever since 2019 New York Fashion Week at which Tri showcased his collection and earned a lot of kudos, his global popularity has been on the rise, with a number of celebrities choosing to wear his creations to high-profile events.

“Pose” star Michaela Jaé “Mj” Rodriguez also impressed with a bold design in Cong Tri's Fall-Winter 2021 Collection. Tri applied knitting techniques to create a shape for this see-through top. The design is made within 200 hours with sophisticated fabric processing, sewing and knitting stages. Rodriguez is one of the familiar names of Cong Tri, having chosen his design 4 times to wear on the red carpet.

Rodriguez had made history this year as the first transgender performer to receive a nomination in a lead acting category.

She ended up losing to “The Crown” star Olivia Colman — but that snub sure didn’t stop fans of the FX drama from touting Rodriguez’s groundbreaking achievements. 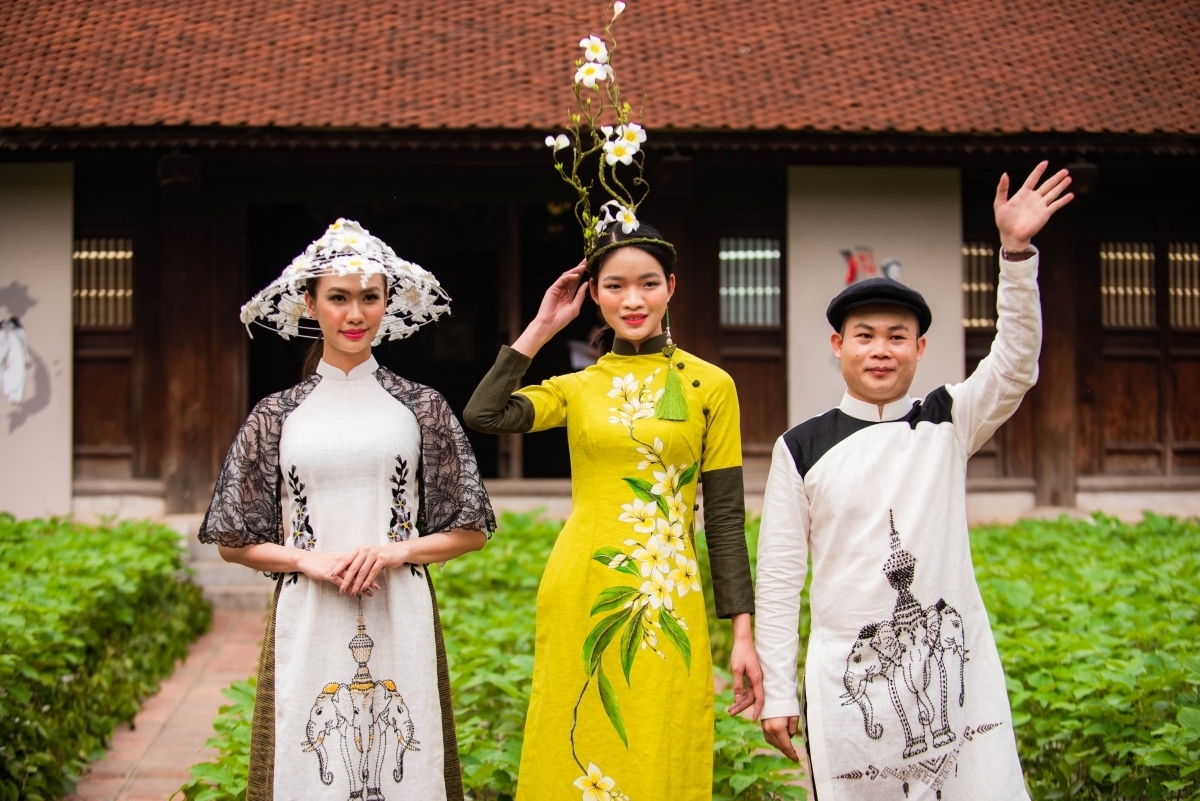