Vietnam’s exports and imports rose over 24 percent year-on-year in the first quarter, driven by the country’s free trade agreements (FTAs), said Associate Professor Pham Tat Thang, a former official at the Ministry of Industry and Trade.
Rosemary Nguyen
khanhduong.vns@gmail.com May 24, 2021 | 09:27

Thang, who worked at Vietnam Institute of Industrial and Trade Policy and Strategy, said exports surged 22 percent and imports 26.3 percent, with the country posting a trade surplus estimated at more than 2 billion USD.

“The figures reveal the strong recovery seen in production and trade in the country despite Covid-19 here and around the world,” he said.

“After the EU-Vietnam FTA (EVFTA) took effect in August 2020, shipments to the bloc have headed upwards and rose 18 percent in January-March this year,” he added.

Exports to members of the Comprehensive and Progressive Agreement for Trans-Pacific Partnership (CPTPP) also grew substantially during the period, including to Canada, up 13.7 percent, Australia 17 percent, Chile 25.6 percent, Mexico 12.7 percent, and New Zealand 35.1 percent.

Thang commented that these agreements will continue to act as an important “leverage” for Vietnam’s exports into the future.

Though instances of protectionism have emerged around the world in recent years, Vietnam still insists on opening up its economy, with 16 FTAs having been signed, he said.

With the signing of the EVFTA and the CPTPP, large volumes of Vietnamese rice, shrimp, aquatic products, and vegetables have been sent to member markets, Thang added.

The EVFTA which was signed on June 30, 2019 is expected to ensure the balance of benefits for both Vietnam and the EU.

Coming into effect in August 2029, EVFTA boosted Vietnamese exports, especially agriculture and aquaculture and other products in which Vietnam has its comparative advantages.

According to calculations by the National Centre for Socio-Economic Information and Forecasting under the Ministry of Planning and Investment, the CPTPP would boost Việt Nam’s GDP by US$1.7 billion and exports by more than $4 billion by 2035, up 1.32 per cent and 4.04 per cent respectively.

Under the UKFTA commitments, six years since the coming into effect of the deal, the UK will remove tariffs for 99.2 percent of goods imported from Vietnam, or 99.7 percent of Vietnam’s exports to the country.

Meanwhile, Vietnam will immediately remove tariff for 48.5 percent of goods from UK, or 64.5 percent of import volume. The figure is set to rise to 91.8 percent or 97.1 percent of UK exports to Vietnam in six years.

Vietnam is expected to have more opportunities in attracting investment capital, technology transfer, and tourists from the UK once the Covid-19 is contained. In return, UK enterprises and products would have an open access to a market with 100 million people./. 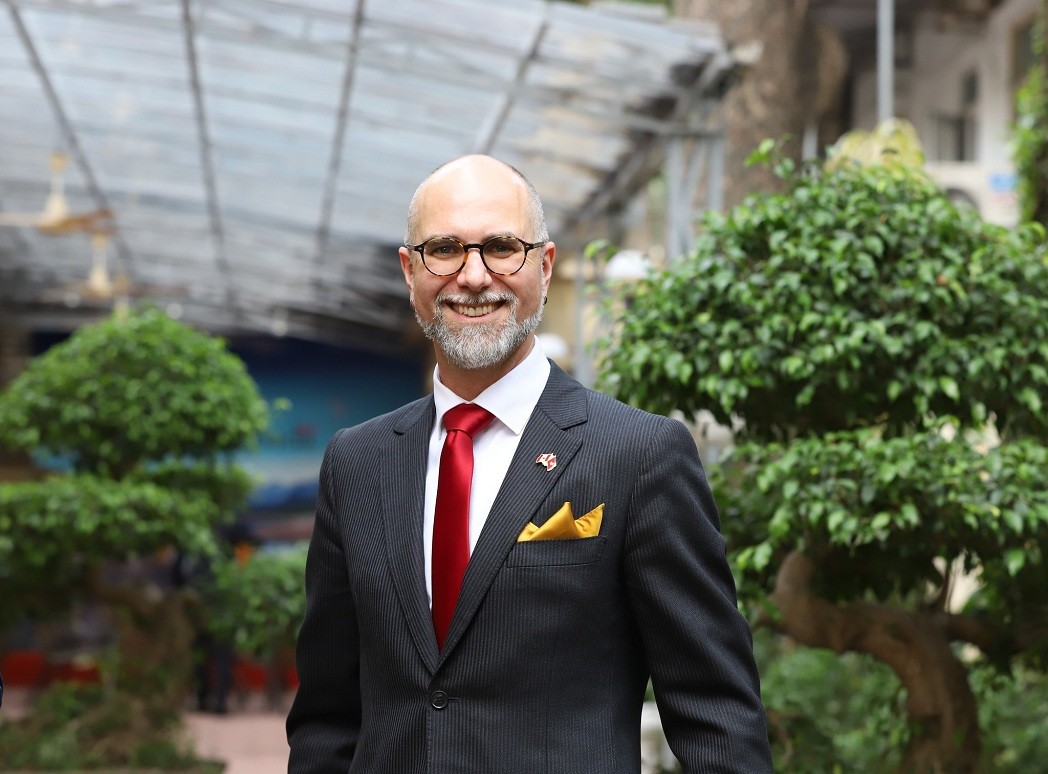 France has major advantages in various areas which are also those prioritized by Vietnam in its FDI attraction policy, said Vietnamese Ambassador to France Dinh Toan Thang at a seminar in Paris on June 23
June 25, 2022 | 06:44
Phiên bản di động