Trong Trung spent a whole day "hunting" the famous Schwerin castle moments during dawn, dusk, and late night. This is the inspiration for the castle that appeared in the famous Disney movie "Sleeping Beauty".
Tracy Dao
July 11, 2022 | 08:26

Schwerin Castle is located in the city of Schwerin, state of Mecklenburg - Western Pomerania. It is considered one of the ancient castles with the most beautiful architecture in Germany. This is the "original version" of the magical castles, often appearing in Disney animated movies, including the famous "Sleeping Beauty," and also the setting for many world-famous fairy tales.

At the end of May, Nguyen Trong Trung (born in 1994 in Thanh Hoa), who is currently a Vietnamese student in the city of Göttingen, Germany, had a trip to explore Schwerin. "I've seen a lot of great pictures of Schwerin, so I always dream of coming here. I arranged 2 days and 1 night to visit, experience, and take photos of the castle", Trong Trung said.

The castle is located on a small island in the romantic Schwerin Lake, surrounded by a green park that is changing leaves after winter. This castle was built in the 19th century and designed by famous architects at that time. According to many documents, before the construction of this castle, there was an ancient castle in this area which was damaged and degraded due to time and war.

From Göttingen, Trong Trung traveled about 4 hours by train. "If you schedule to visit Hamburg, you can spend some time visiting Schwerin. The distance between these two places is only about 1 hour by train. Public transport here is convenient and cheap, costing only € 4 (about VND 100.000) for transportation the whole day," Trung said. In this trip, he decided to walk to slowly explore the fairy-tale city.

He woke up at 5 am to see the castle at dawn. At this time, the lake is still covered with water vapor, the air is cool and very fresh.

The garden outside is designed in green Baroque architecture with every detail as beautiful as in a fairy tale. Pottery exhibitions and music concerts are regularly held in this area.

At noon, visitors often organize camping and have lunch in the green park surrounding the castle.

Trung wandered through the parks and ancient streets along the castle to discover the life here.

Local people enjoy walking and cycling in the poetic space.

A flower valley located along Lake Schwerin, about 4km from the castle, was accidentally "discovered" by Trung while he was walking around.

He was strongly impressed by the beautiful city by the lake. He walked 23km in a day, engrossed in wandering tirelessly.

"At night, the space here is quiet and very peaceful," Trung said.

Besides the fairy-tale castle, Schwerin is also an attractive city to many tourists with many famous destinations. Visitors can admire the Gothic architecture at Hanseatic Rostock - a UNESCO-recognized architectural work, Schwerin Museum, Schwerin Cathedral, etc. 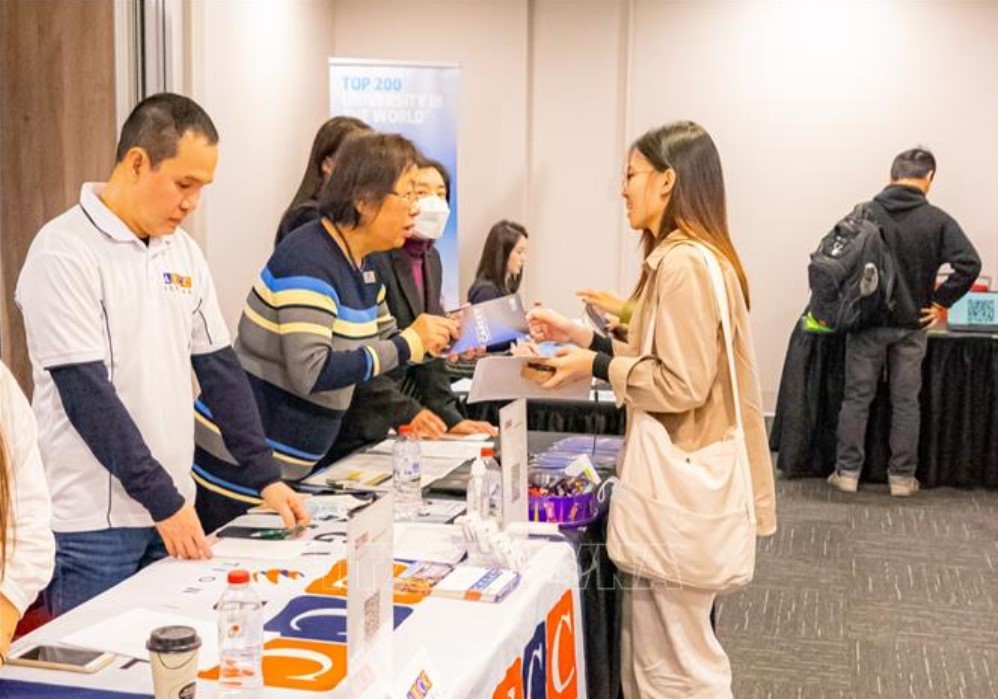