The target was announced in the inauguration ceremony of the Traffic Safety Year 2018, launched on January 3 with the theme "Safe Traffic for Children". 1,500 participants were present in the event.

(VNF) - HCM City’s authorities will commit to reducing traffic accidents by 5% in 2018.

The theme of this year stresses the importance of paying attention to children's safety on the roads, as they are the most vulnerable in traffic accidents. 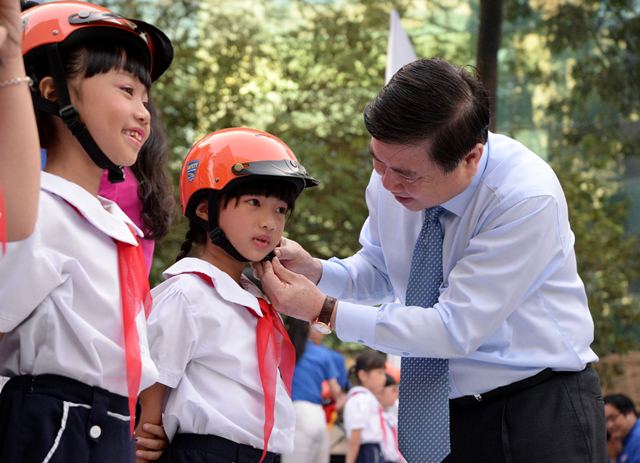 Leaders of departments and agencies were asked to show more determination and make traffic order maintenance one of their priorities. 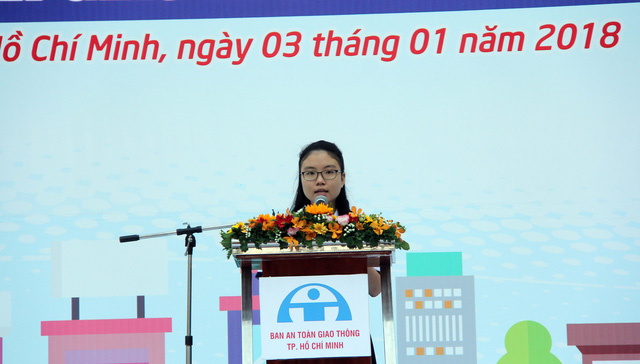 On behalf of children of HCM.City, Nguyen Ngoc Bao Han, 9th grade student of Tran Dai Nghia secondary school, thanked the city authorities for selecting the theme of the Traffic Safety Year 2018 which put children at the central. Han also took the occasion to express her expectation that adults will serve as role model for children to follow in adhering to Traffic Law and cultured traffic behaviors.

According to the committee, in the first 11 months of 2017, in HCM City, there were over 3,600 traffic accidents killings 655 people and injuring 2,800. The number of fatalities and injured people decreased by 13% and 5% compared to the same period in 2016 respectively./.