HCM City to use one payment card for all public transport

The HCM City’s People’s Committee has agreed to develop a single card that will be used for all types of public transport.

The HCM City’s People’s Committee has agreed to develop a single card that will be used for all types of public transport.

Trần Chí Trung, director of the Transport Department’s Public Transportation Management Centre, said that a bus-ticket project that began in 2015 with investment of VNĐ263 billion (US$11.3 million) from a public-private partnership would be replaced by the single-card system.

HCM City is developing a single card that will be used for all types of public transport.

“The bus-ticket project is no longer suited to the current situation, so it will be stopped for re-evaluation,” he said.

In the future, many types of public transit such as a metro and express bus routes will be operating. If many kinds of automatic ticket systems exist, the costs to interlink systems would be too high, he said.

Automatic ticket machines on some bus routes still have problems identifying money and types of tickets for different passengers, according to transport experts.

As a result, investors have to hire staff to sell and give out tickets on buses.

To overcome these inadequacies, the transport department is considering investment in an automatic payment system that could be used for all types of public transport.

In the first phase of the project, VNĐ79 billion ($3.4 million) would be spent to buy equipment and build a central control system linking all other automation payment systems.

The department is conducting research on interlinked electronic ticket services that use a single card for all types of public transport.

“By the end of the year, the department will pilot an open payment system that will allow multiple forms of payment on some bus routes,” Trung said.

In the second phase, the department will complete the automatic payment system for its public transit system, and operate a management centre for transactions and electronic clearing services for multi-modal public transport services./. 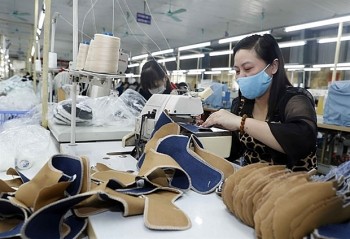