Irish researcher on education for ethnic minorities: A life long endeavour, not a schooling experience

(VNF) - "To ignore adults and only concentrate on children is a mistake that will have negative effects going forward. Education is a Life Long endeavour not a schooling experience” said Dr. Colman Ross, an Irish scholar who has been devoting significant efforts in helping the marginalised and remote ethnic minority communities in Vietnam in nearly 20 years.

(VNF) - "To ignore adults and only concentrate on children is a mistake that will have negative effects going forward. Education is a lifelong endeavour not a schooling experience” said Dr. Colman Ross, an Irish scholar who has been devoting significant efforts in helping the marginalised and remote ethnic minority communities in Vietnam in nearly 20 years.

Dr Colman Ross is from Ardee, a small town in Ireland. He has been living in Vietnam since 1998. To Ross, Vietnam is where he finds his two most special things in life: his own family and his inspiration for research.

19 years ago, a voluntary programme named the Voluntary Services Overseas brought Dr.Ross to Da Lat city (Central Highland of Vietnam), where he worked as a volunteer teacher in Da Lat College of Education.

That was how the Irish man got involved with the ethnic minorities community in Vietnam.

With his PhD in Ethnic Minority Adult Basic Education (the University of Dublin, Ireland), in the last 19 years, Dr.Ross has been actively contributing to the development of ethnic-minority people in Vietnam, as a researcher, trainer and advisor.

He has had collaborations with various Ministries, Departments in Vietnam such as Ministry of Planning and Investment (MPI), Ministry of Education and Training (MOET), Committee for Ethnic Minority Affairs (CEMA) and the Ministry of Labour Invalids and Social Affairs (MOLISA).

He recently shared with the Voice of Vietnam (VOV) his view points on ethnic minority empowerment and education:

Getting local people involved in development plan is significant

Dr. Ross has abundant working experiences with a number of remote and marginalised ethnic minority provinces, including Lam Dong, Ha Giang, Yen Bai, Lai Chau, Thanh Hoa, Quang Tri, Tra Vinh. According to him “some regions and provinces have developed more sustainably than others.”

Regarding this uneven progress, he stated: "there is no single reason for this but much can be connected to planning and how involved local populations have been."

Unrealistic and wasteful planning is usually a bi-product of top down decision making for all sectors. When local populations get a meaningful opportunity to be part of the planning process, decision making is connected to local indigenous knowledge and cultural values, Dr.Ross stressed.

He also points out that the structures are the same in all provinces so in many ways it is down to leadership and inpidual qualities. When there is a disregard for local capacity there is a stagnation in development. Infrastructure alone won’t bring sustainable development, it must be the people and communities, he added.

To ignore adults and only concentrate on children is a mistake 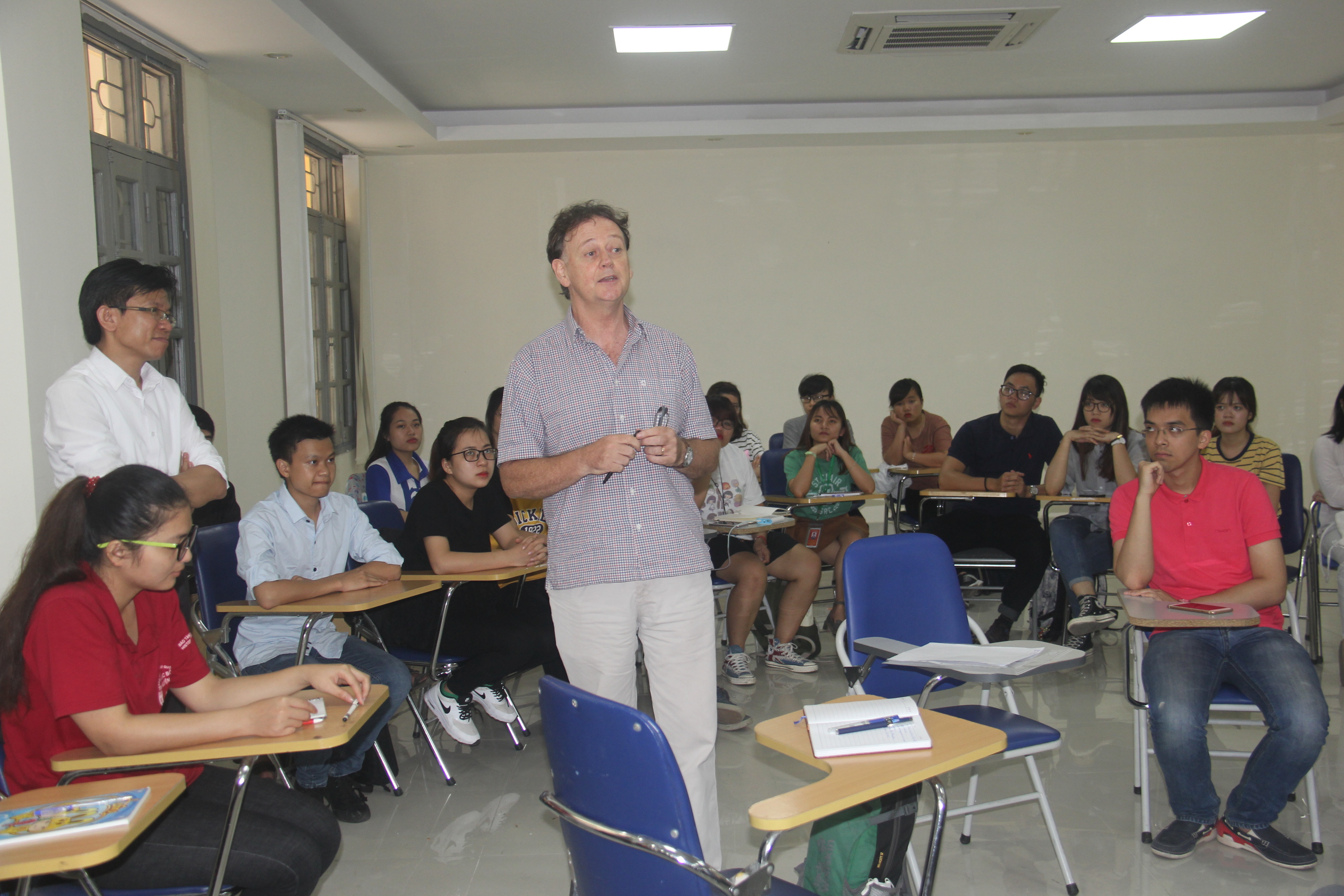 In addition, he cited the new Sustainable Development Goals of the United Nation, which recognise Live Long Education as key for personal and community development.

“Women with better education keep their children longer at school and support them to find alternative livelihoods and in turn young adults are taken out of the vicious circle of poverty. There are many ethnic minority women who did not get a chance to complete primary school and it is never too late to learn. To ignore adults and only concentrate on children is a mistake that will have negative effects going forward. Education is a life long endeavour, not a schooling experience” said Dr.Ross.

Talking about his job, he said “I hope that I personally can continue to contribute to the development of Viet Nam with a focus on the marginalised and remote ethnic minority communities that are being left behind. This is one of the greatest challenges facing Vietnam and one that needs to learn from the lessons of positive case studies. Research plays a key role in this as the design and development of appropriate and focused projects. There is still much to be done here in Vietnam and the inclusion of meaningful participatory discourse and dialogue must be developed and communicated in a culturally appropriate manner suitable for a multi-cultural society.”/.