(VNF) - According to Chairman of the Hanoi People’s Committee Nguyen Duc Chung, three foreign investors and six Vietnamese companies will jointly build the urban railway lines in Hanoi as the city revs up its public transport system.

The People’s Committee will create optimal conditions for the investors so that projects will be completed quickly and help ease traffic congestion, Chung told a recent meeting with voters, though he did not reveal the names of the investors.

The construction of the railway lines is part of the city’s plans to enhance its public transport network and limit personal vehicles in the central business district by 2030.

Hanoi’s plans to construct urban railway system mainly aims to cope with traffic jam and air pollution which will become serious in the future if no immediate management measures are in place.

Recently, Hanoi authorities have officially approved the motorbike ban which is expected to address congestion and environment pollution during 2017-2020 period and to 2030. 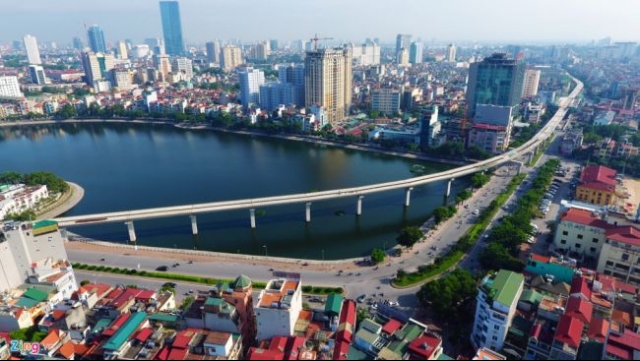 By the time the railway network is completed, there will be residential quarters on both sides of the route. Urban areas and shopping centers will be set up within a radius of 500 meters around railway stations.

But of the eight routes planned, construction has only begun on four and has been slower than expected due to ballooning costs. The first two routes, the Cat Linh-Ha Dong and Nhon-Hanoi Station lines, are being funded using official development assistance and contractors from China and South Korea. The rescheduled opening dates for the two lines are 2018 and 2021, two and four years behind schedule, respectively.

The first train and La Khe Station on the Ha Dong- Cat Linh line opened to public viewing in May. The line will have 12 stations and one depot and some 90 per cent has been completed./.