Who is Klaus Hasselmann – Biography

Klaus Hasselmann (born 25 October 1931 in Hamburg) is a leading German oceanographer and climate modeller. He is probably best known for developing the Hasselmann model of climate variability, where a system with a long memory (the ocean) integrates stochastic forcing, thereby transforming a white-noise signal into a red-noise one, thus explaining (without special assumptions) the ubiquitous red-noise signals seen in the climate.

Hasselmann was born in Hamburg, Germany (Weimar Republic). His father Erwin Hasselmann was an economist, journalist and publisher, who was politically active for the Social Democratic Party of Germany (SPD) from the 1920s. Due to his father's activity in the SPD, the family emigrated to the United Kingdom in mid 1934 at the beginning of the Nazi era to escape the repressive regime and persecution of social democrats, and Klaus Hasselmann grew up in the U.K. from age two. They lived in Welwyn Garden City north of London and his father worked as a journalist in the U.K. Although the Hasselmanns themselves were not Jewish, they lived in a close-knit community of mostly Jewish German emigrants, and received assistance from the English Quakers when they arrived in the country. Klaus Hasselmann attended Elementary and Grammar School in Welwyn Garden City, and passed his A-levels (Cambridge Higher School Certificate) in 1949. Hasselmann has said that "I felt very happy in England" and that English is his first language. His parents returned to Hamburg in 1948, but Klaus remained in England to finish his A-levels. In August 1949, at the age of nearly eighteen, he followed his parents to Hamburg in the then divided Germany in order to attend higher education. After attending a practical course in mechanical engineering from 1949 to 1950, he enrolled at the University of Hamburg in 1950 to study physics and mathematics.

From February 1975 to November 1999, Hasselmann was Founding Director of the Max Planck Institute of Meteorology, Hamburg. Between January 1988 and November 1999 he was Scientific Director at the German Climate Computing Centre (DKRZ, Deutsches Klimarechenzentrum), Hamburg. Currently he is Vice-Chairman of the European Climate Forum. The European Climate Forum has been founded in September 2001 by Prof. Carlo Jaeger and Prof. Klaus Hasselmann.

His reputation in oceanography was primarily founded on a set of papers on non-linear interactions in ocean waves. In these he adapted Feynman diagram formalism to classical random wave fields. He later discovered plasma physicists were applying similar techniques to plasma waves, and that he had rediscovered some results of Rudolf Peierls explaining the diffusion of heat in solids by non-linear phonon interactions. This led him to review the field of plasma physics, rekindling an earlier interest in Quantum Field Theory.

"It was really an eye-opener to realize how specialized we are in our fields, and that we need to know much more about what was going on in other fields. Through this experience I became interested in particle physics and quantum field theory. So I entered quantum field theory through the back door, through working with real wave fields rather than with particles."

In 1966, following his review of plasma physics, Hasselmann ventured into fundamental theoretical physics, finally publishing in 1996 what he calls the metron model, which he describes as possibly laying the foundation for a unified deterministic theory of fields and particles. He proposes that, unlike in quantum field theory, particles have localized, objective reality.

Initially following the Kaluza–Klein programme, he suggested that in a higher-dimensional generalization of general relativity there may exist stable vacuum solutions having the nature of solitons, which he calls metrons ("metric solitons"). The metrons also possess a "linear far-field region, which carries the classical gravitational and electromagnetic fields, as well as a high-frequency periodic field that satisfies the de Broglie dispersion relation."

The theory is claimed to reproduce gravitational and electroweak forces, along with spin, Bragg diffraction, the basics of atomic spectra, and the symmetries of the Standard Model.

Since so-called hidden variables are involved, the theory must deal with the Bell inequalities. Hasselmann does this by showing that the theory produces time reversal invariance at the subatomic level, and posits both advanced and retarded potentials, as proposed by Feynman and Wheeler.

In his most recent publication, in 2005, he was able to qualitatively reproduce the interference pattern observed in electron double-slit experiments. He was also considering reformulating his theory in four-dimensional spacetime, since the properties associated with the higher dimensions are oscillatory and can be represented as fiber bundles over a 4D Minkowski manifold. Hasselmann notes that substantial obstacles remain: beyond the task of actually calculating some stable metron solutions, the theory currently predicts a continuum of solutions rather than a discrete spectrum of particles, and future development will have to reproduce the highly accurate predictions of QFT.

Hasselmann hopes that his theory, which he is still developing, will eventually yield all particle properties and universal physical constants from first principles.

Although Hasselmann's metron papers have been published in peer reviewed journals (though not of first rank), they are not widely cited and following Hasselmann's own sentiments should be considered a serious, but quite speculative, attempt at an alternate formulation of reality.

"Once the theory is published in accepted journals, it will become either accepted or rejected. This is as it should be. I am not really concerned about the outcome, which is beyond my control."

Hasselmann met with unexpected resistance when he ventured into fundamental physics:

"I presented a talk at a physical colloquium in Oldenburg, and a couple of people sprung up afterwards and shouted that it was a scandal that somebody should give such a talk in a physical colloquium. It was almost a religious reaction. I felt I was in one of those pre-election political talk shows that sometimes get out of hand.

"I had not experienced such violent antagonism before. When I first presented the nonlinear wave interaction theory, people like Bill Pearson or Francis Bretherton emphatically said I was all wrong, but this was in the normal civilized framework of people being sceptical and arguing. And the established SAR experts were critical but not outright hostile when I trespassed in their area to develop a theory for the SAR imaging of ocean waves. Traditional economists also showed only mild irritation, or simply smiled condescendingly, when I came up with alternative economic models. I suppose there was never this feeling that I was attacking anybody's foundations. The Oldenburg hecklers were – I suspect somewhat frustrated – elementary particle physicists."

April 1964: James B. Macelwane Award of the American Geophysical Union

November 1970: Academic Award for Physics from the Academy of Sciences in Göttingen

April 1990: Robertson Memorial Lecture Award of the US National Academy of Sciences

May 1997: Symons Memorial Medal of the Royal Meteorological Society

November 2005: Gold medal of the University of Alcala, Spain 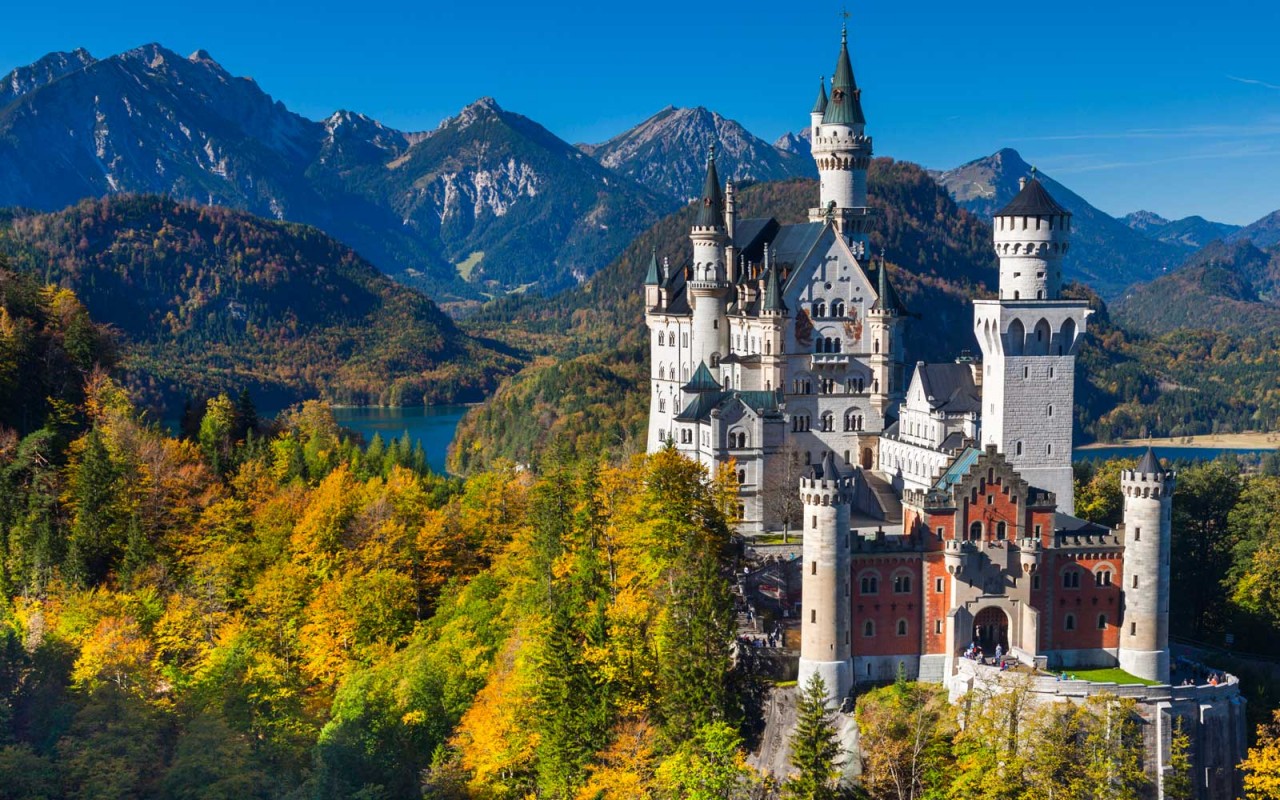 Top 10 Most Beautiful Castles in Germany

Europe is the land of palaces and castle, with outstanding, wonderful architectures. Take a look at these 10 most beautiful castles in Germany.
October 14, 2021 | 11:54 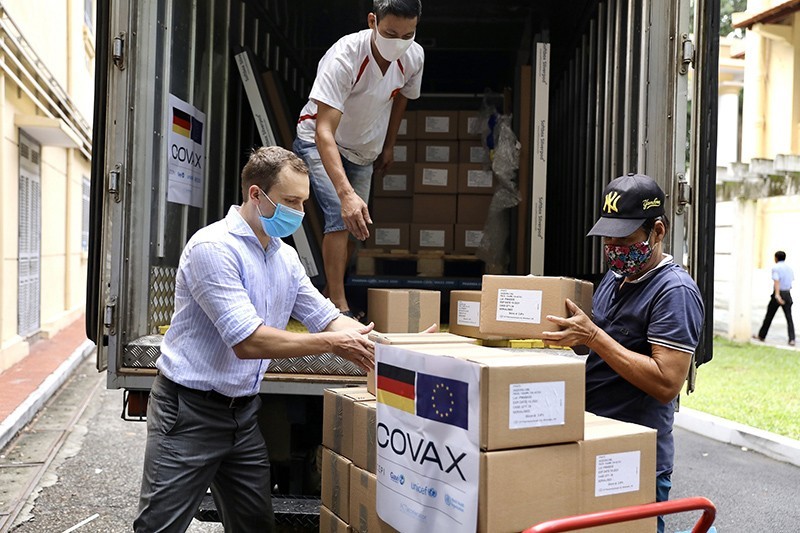 Vietnam-Germany: Strategic Partnership Towards The Future

German Chancellor Angela Merkel said she felt an unimaginable dynamism in Vietnam during her 2011 trip to visit to Vietnam. That dynamism, together with Germany's support and the solid political relations between the two countries, help bilateral economic ties effectively develop.
October 11, 2021 | 09:22

Ex-Big tech owners are taking advantage of this social media transition time as a unique opportunity by spreading the word, unveiling a message of the true hidden terror of social media for someone who needs to see it. Along with a documentary investigation and narrative drama to disrupt the disrupters, unveiling the hidden machinations behind everyone’s favorite social media and search platforms.
October 21, 2021 | 17:13
Phiên bản di động