The 960 inhabitants of the Bulgarian village of Brashten, nestled in the hills and forests on the Greek border, don't normally pay much heed to international politics. But Britain's Brexit turmoil has many here gripped, for the largest employer in Brashten is a single farm nearly 2,500km (1,500 miles) away in the English county of Kent.

In the summer, the farm employs 1,400 people, of whom Chambers estimates just over 1,000 are Bulgarian. (Photo: AFP/Dimitar DILKOFF)

Every spring at least 350 people leave home to pick fruit on Oakdene Farm, according to Brashten mayor Kemil Kochakov. The village's fortunes have been transformed by the money sent home.

But this year the annual exodus coincided with the date the UK was meant to be leaving the EU.

A graduate in public administration from Sofia University, Karaylanska was preparing to make the trip this year despite the uncertainty.

"We're watching TV and listening to the news all the time to see what will happen because this concerns us," she says.

However the Brexit crisis ends, it will also affect the owner of the Kent farm, Tim Chambers.

Over the past two decades more and more Bulgarians have come to work for him, many recruited in Brashten through word of mouth.

In the summer, the farm employs 1,400 people, of whom Chambers estimates just over 1,000 are Bulgarian.

Despite an initial "emotional feeling ... that the UK was no longer a welcoming place" after the 2016 vote, they have continued to come, Chambers says.

The money earned in his fields has continued to flow back to Brashten, with many newly renovated houses in the village boasting gleaming walls.

Right-hand drive cars bought in England can be spotted in Brashten's lanes, as can another increasingly unusual sight for the Bulgarian countryside - children.

Their Kent earnings have enabled many couples to start families and has saved the local school from closure.

As the village empties out over the summer, children are often left with grandparents and relatives while the parents are abroad.

Brashten's relatively stable population stands in sharp contrast to the hollowing out of much of Bulgaria's countryside, where many have left for good in search of a better life elsewhere.

Remittances from Bulgarians working abroad constitute the largest single chunk of investment flowing into the country, at some 1.1 billion euros (US$1.23 billion) annually.

The first worker from Brashten to come to Kent 19 years ago was Salih Hodzhov. He is now a full-time manager on the farm and says migrant workers have been crucial to the success of the business.

"I didn't necessarily vote for my own personal circumstance. I thought that the EU as a geopolitical organisation was failing," he explains.

While he would not consider a "no-deal" Brexit - one without a formal exit agreement - "an unsolvable problem", Chambers says the government would have to move urgently to expand a pilot scheme granting visas to seasonal workers, which currently has just 2,500 places.

UK farming representatives have stressed the scheme does not even satisfy the sector's current need for foreign labour, with many farms already experiencing shortages.

A further fall in the value of the pound would also make workers harder to find, Chambers says.

In contrast to the stereotype of anti-immigration Leave voters, Chambers praises the work ethic that the Bulgarians have brought to the farm and bemoans the UK Home Office's apparent unwillingness to countenance a more liberal post-Brexit immigration regime.

As for the best way forward for the country now, he says: "I have no idea!"

Back in Brashten, there is stoicism about what the latest instalment of Britain's political drama might bring.

Many are weighing up the possibility of working in other EU member states if the UK becomes more difficult.

"If we worked here we would not be able to support our families," says 53-year-old Safet Dzhurelov, whose ticket for Kent this year was booked on what was previously scheduled to have been Brexit day, Mar 29.

"We only hear there will be changes but nothing concrete so far," he says.

"We work in the fields and that won't change." 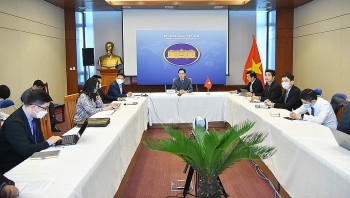