China defiance of international law through changes to its own laws to acquire an advantage in the South China Sea is generating huge concern in the region.

"China’s maritime law is the latest example of 'international law with Chinese characteristics' because it flouts the United Nations Convention on the Law of the Sea (UNCLOS)," Carlyle Thayer, emeritus professor, University of New South Wales Canberra at the Australian Defense Force Academy, said.

China has announced that from September 1 five types of foreign vessels (submersibles; nuclear-powered vessels; ships carrying radioactive materials; those carrying bulk oil, chemicals, liquefied gas or other toxic substances; and the seemingly catch-all "vessels that may endanger China's maritime traffic safety") will be required to provide detailed information to its authorities when entering "Chinese territorial waters."

Thayer said this is under the Maritime Traffic Safety Law that China amended in April 2021.

It also states that the Maritime Safety Administration (MSA) can deal with any foreign vessel that fails to report "according to relevant laws, regulations, rules, and provisions."

The MSA has the right to order foreign vessels that "threaten the safety of Chinese internal or territorial waters" to leave Chinese waters and exercise the "right of immediate pursuit" if they fail to comply.

"In other words, China's new law is a form of lawfare designed to elevate Chinese domestic law above international law and bolster China’s claim to 'indisputable sovereignty," Thayer said.

Lucio Blanco Pitlo III, a research fellow at the Asia-Pacific Pathways to Progress Foundation in the Philippines, said the new maritime safety law is part of China's growing desire to impose its jurisdiction, including in contested waters.

The law would impact both military and commercial vessels, he said.

"The geographic scope of the law and the classes of foreign vessels that will be affected raise serious concerns."

The law also creates the "legal authority" for China to use force whenever necessary, he said, pointing out that even if China does not immediately enforce the law, it does not mean that "punitive measures" would not be imposed in future.

China would not give up on its interests in the South China Sea, he said.

Dr Satoru Nagao, fellow (non-resident) at the Hudson Institute, the U.S., said the law allows the Chinese coast guard to use weapons more easily, a big problem since it makes it easier to escalate a situation.

In the past countries around China, especially Japan, use their coast guard instead of navy because they tried to prevent an escalation into a naval battle, but China has changed the law repeatedly and with it the situation, he said.

This first became apparent in 2018 when China changed the law to enable the Central Committee of the Communist Party of China to control both the navy and coast guard, enabling China to step up coast guard level skirmishes into naval battles anytime it wants, he pointed out.

Denying foreign militaries access to the East China Sea and South China Sea enables China to exert more leverage over Taiwan, which is situated just 100 miles off China’s coast and between the two seas, he said.

The coast guard will try to push foreign militaries out, and if it fails, the navy would come, he said.

China’s deployment of nuclear-armed submarines in the South China Sea has created a very dangerous situation that threatens to spiral out of control, he warned.

If China wants to establish a deterrent, it needs to ensure its submarines are not detectable by foreign ships, planes or sensors, he said.

"That is why China is pushing foreign militaries out of the South China Sea and the East China Sea."

Thayer said it is not legal for China to impose restrictions on foreign ships and vessels, including submarines, that exercise the right of innocent passage through its territorial waters.

This is guaranteed under UNCLOS. Innocent passage must be "continuous and expeditious" and not be "prejudicial to the coastal State’s peace, good order or security."

UNCLOS also mandates that coastal states "shall not hamper the innocent passage of foreign ships through the territorial sea."

However, it sets restrictions on military ships exercising innocent passage. For example, foreign military ships may not "exercise or practice with weapons of any kind" or launch, land or take on board "any military device."

Submarines must transit on the surface and fly their national flag but China cannot require these foreign ships and vessels to report their call sign, current position and next port of call.

Thayer said the reference to "operators of submersibles" has led to speculation that this includes unmanned underwater platforms designed for intelligence, surveillance and reconnaissance. China’s underwater platforms of this nature have been found in Indonesian waters.

China’s Maritime Traffic Safety Law applies to the sea areas within the jurisdiction of China but just "what waters are Chinese territorial waters is uncertain," Thayer said.

Therefore, there is a risk caused by the ambiguity of China’s delimitation of its territorial waters, he pointed out.

In the case of the Paracel islands, for example, China has drawn straight baselines around these features that are excessive in some areas, and the U.S. Navy challenges these claims with its so-called "freedom of navigation" patrols.

China group all dispersed features in the South China Sea by enclosing them in straight baselines and treating them as a single unit. The features comprise rocks and low tide elevations. All waters enclosed by these baselines are deemed "inland" waters by China and all waters outside constitute "territorial seas."

However, it has not officially declared any baselines around its seven so-called artificial islands in the Spratlys. In other words, China has not yet officially demarcated its claims for a territorial sea.

The claims are illegal under international law but China could challenge and harass any foreign vessel, whether commercial or military, that passes either through these waters.

Thayer said countries like the U.S. and Australia have already announced they would continue to exercise their right of freedom of navigation.

Dr. Trung said littoral and other related countries would face the risk of arbitrary imposition by China. The illegal statute would have a bigger impact on small coastal countries in the region where China’s military clout and economic pressure can be felt very clearly, he said.

Consequently, Southeast Asian leaders would have to think carefully before they conduct any surface and underwater military exercises that could provoke China in China-occupied waters, he said.

Expressing similar concern, Pitlo said while China's new law might be seen as a measure largely directed at major naval powers, it also has a bearing on the energy lifeline of neighboring coastal states like those in Southeast Asia, Japan, and Korea.

"Compliance with the reporting and pilotage requirements, especially in waters under dispute, may be taken as acquiescence to this new attempt to consolidate control over strategic maritime flashpoints." 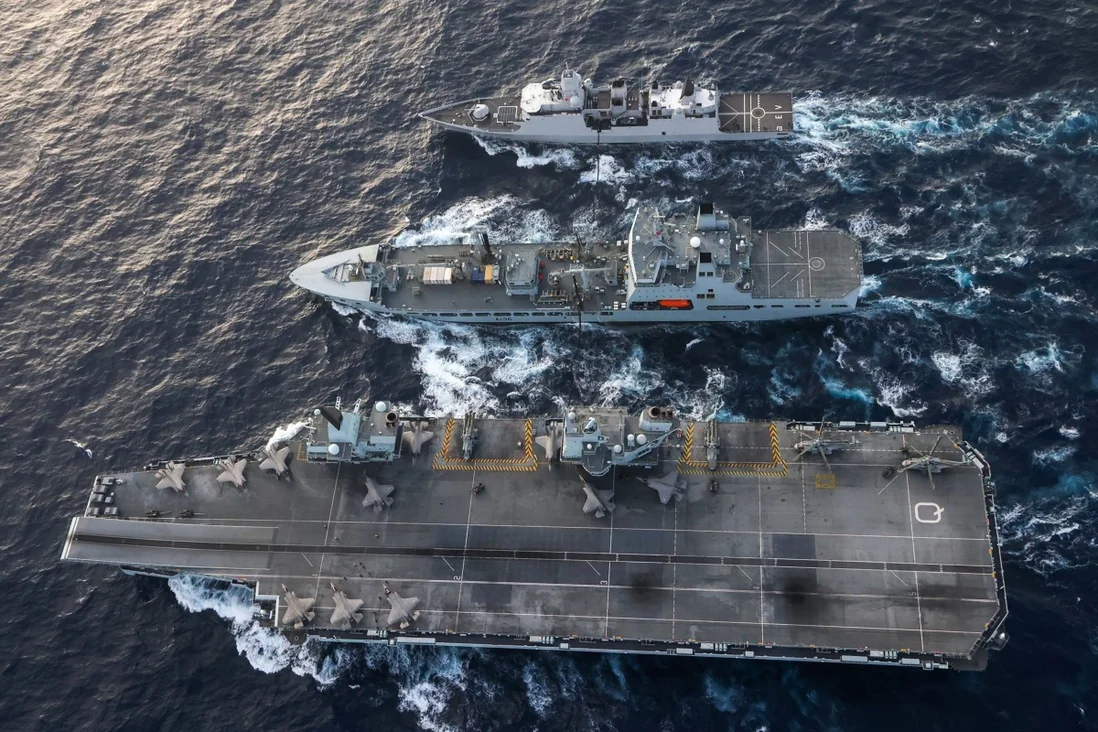