Party General Secretary Nguyen Phu Trong on April 26 expressed his hope that cooperation between Vietnamese and Chinese armies will make new progress in the future during a reception for Chinese State Councillor and Minister of National Defence Wei Fenghe.
Hannah Nguyen
ngminhphuong26@gmail.com April 27, 2021 | 09:16

According to VNA, the Party leader highlighted the successes of the recent sixth Vietnam-China border defence friendship exchange and the seventh defence strategy dialogue at the deputy ministerial level between defence ministries of the two countries.

Wei congratulated the success of the 13th National Congress of the Communist Party of Vietnam (CPV), and congratulated Trong on his re-election as Party General Secretary.

He also lauded achievements the Vietnamese people have made across spheres under the leadership of the CPV led by Trong.

He said over the past time, the relations between the two Parties and countries have developed healthily, stably and sustainably.

The Chinese Party and State attach great importance to the traditional friendly neighbourliness with Vietnam, and to promoting bilateral cooperation in all fields, thus contributing to maintaining regional peace, he said.

The two defence ministries will step up cooperation and friendship, particularly in the context of China celebrating the 100th anniversary of the Communist Party of China, and Vietnam embarking on the implementation of the Resolution adopted at the 13th National Party Congress.

For his part, Trong also affirmed the importance the Vietnamese Party, State and people place on the Vietnam-China comprehensive strategic cooperative partnership, as well as the mutual support during history between the two Parties, States and peoples.

The host expressed his hope that the two Parties and countries will make greater efforts in maintaining a peaceful and cooperative environment on the basis of respecting legitimate rights of each other and their friendship, for peace, stability and cooperation in the region and the world.

Despite the complex developments of the regional and global situation, plus the COVID-19 spread, the relations between the two Parties and countries have been maintained on a healthy and stable manner, and even made new strides, thanks to joint efforts.

High-level exchanges have been maintained, and collaboration between ministries, agencies and localities has been consolidated and enhanced, he added.

Trong also noted his hope that cooperation between Vietnamese and Chinese armies will make new progress in the future.

On the same day, President Nguyen Xuan Phuc received Wei where he highly valued the outcomes of the talks between the Vietnamese and Chinese ministers of national defence.

Phuc noted that the successful cooperation between the two armies will further promote the sound traditional friendship between the two Parties and the two countries, including between their defence ministries, for the sake of the two peoples and for peace, stability, cooperation, and development in each nation, along with the region and the world as a whole.

Minister Wei said his delegation’s trip to Vietnam reflects the importance that the Chinese Party and State attach to the relations with Vietnam, and it also aims to strengthen the two armies’ multifaceted ties in an increasingly substantive manner.

Talking about the outcomes of his talks with his Vietnamese counterpart Sen. Lt. Gen. Phan Van Giang, he said the two sides agreed on many cooperation aspects so as to help foster the friendship and comprehensive strategic cooperative partnership between the countries.

The official emphasised that China and Vietnam share many similarities, and many achievements have been recorded in bilateral relations, including the ties between the defence ministries.

China and Vietnam boast special and time-tested relations which need to be further treasured and brought into play in the time ahead, he said, voicing his belief that Vietnam will definitely harvest even greater successes in socio-economic development.

He suggested the two sides carry out more measures to boost trade growth in the time to come.

He also expressed his hope that the two armies will continue building strategic trust, working together to make defence cooperation maintain a pillar in the bilateral relations, and implementing signed cooperation documents and existing mechanisms fully and effectively.

It is necessary to intensify collaboration between the armies’ political agencies and step up communication work on bilateral friendships and traditions so as to prevent hostile forces from undermining the ties.

The Vietnamese leader spoke highly of the two Defence Ministries’ determination to create a peaceful atmosphere between the two countries in general and at the Bien Dong Sea in particular. He affirmed that the substantial cooperation and the maintenance of a peaceful environment on the sea are favourable conditions for authorised agencies to conduct dialogues and handle existing issues, especially those related to the sea.

He also took the occasion to convey his thanks to Chinese Party General Secretary and President Xi Jinping for extending congratulations on his election as the State President of Vietnam./. 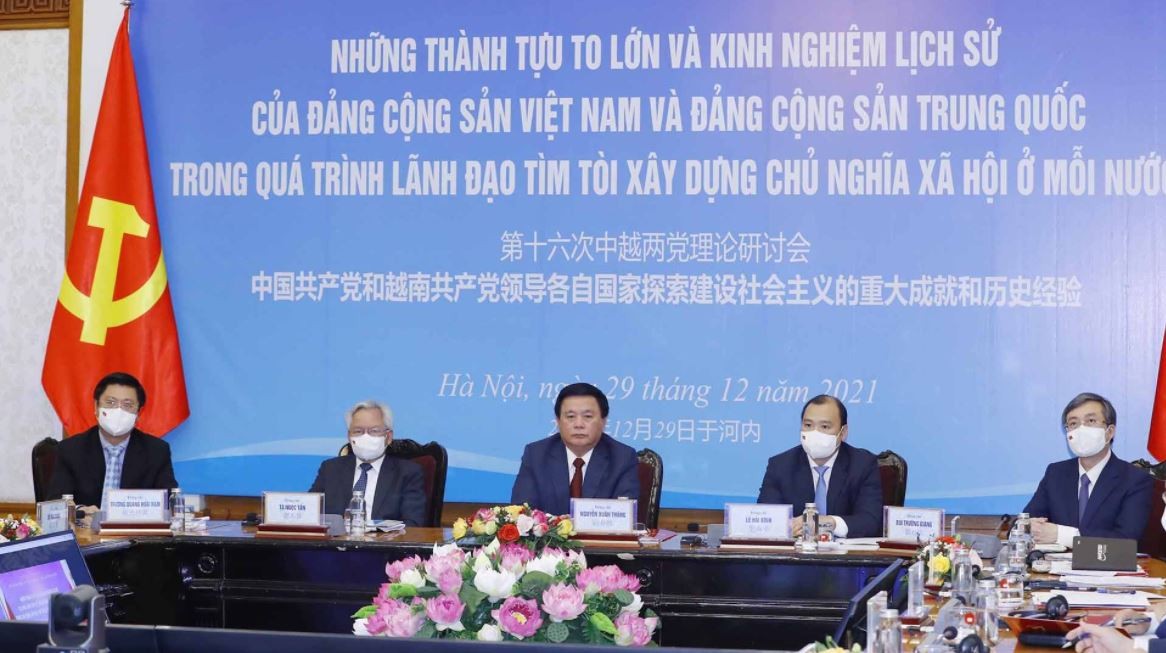