Embassy promotes connection and cooperation between Vietnamese and Venezuelan enterprises

The Vietnamese embassy just organised a workshop on Venezuela’s economic, trade, investment policies as well as opportunities for Vietnam in investment and expansion of labour and export market.
Hannah Nguyen
ngminhphuong26@gmail.com March 29, 2021 | 14:27

With its rich soil, Trujillo shares similarities with Vietnam in the development of agriculture, animal husbandry, and tourism, the governor said, stating that the state wants to learn from Vietnam’s experience to further tap into its own potentials and develop local rice projects.

Duyen highlighted his wish to discuss multifaceted cooperation between Vietnam and Trujillo.

He hoped that with assistance from the Venezuela-Vietnam Chamber of Commerce (CAVENVIET), the sides will step up join projects in economy, trade, investment, and agriculture.

As part of the trip, the embassy organised a workshop on Venezuela’s economic, trade, investment policies as well as opportunities for Vietnam in investment and expansion of labour and export market. The event gathered representatives from the Trujillo administration, the CAVENVIET and about 30 local companies.

The ambassador affirmed Vietnam is willing to share its reform experience to help Venezuela implement economic reform, including the development of agriculture.

According to the ambassador, Vietnam is strong in farming production experience, human resources, techniques and varieties, while Venezuela boasts advantages regarding soil, climate, and market, therefore Vietnam pays significant attention to agricultural cooperation with Venezuela.

Two-way trade last year reached USD 24.93 million, USD 22.39 million of which were exports from Vietnam, including coffee, apparel, footwear, and rubber. The remainders were exports from Venezuela, such as aquatic products, scrap iron and steel, and apparel, leather and footwear materials, worth USD 2.54 million.

Last month, Ambassador Duyen paid a working visit to Guárico state from February 25 to 28 to discuss stepping up agricultural production projects and other promising cooperation initiatives.

As part of economic diplomatic activities, the Vietnamese Embassy also held a seminar to introduce the potential of Vietnam’s agriculture sector.

A Memorandum of Understanding was also signed on developing strategic projects in agriculture, high technology, trade, and socio-culture, and in particular the pilot establishment of the Ho Chi Minh Institute for Political-Social Studies in Guárico.

During earlier working trips to the states of Yaracuy and Cojedes, the ambassador also held talks with local leaders on agricultural cooperation between the two sides./. 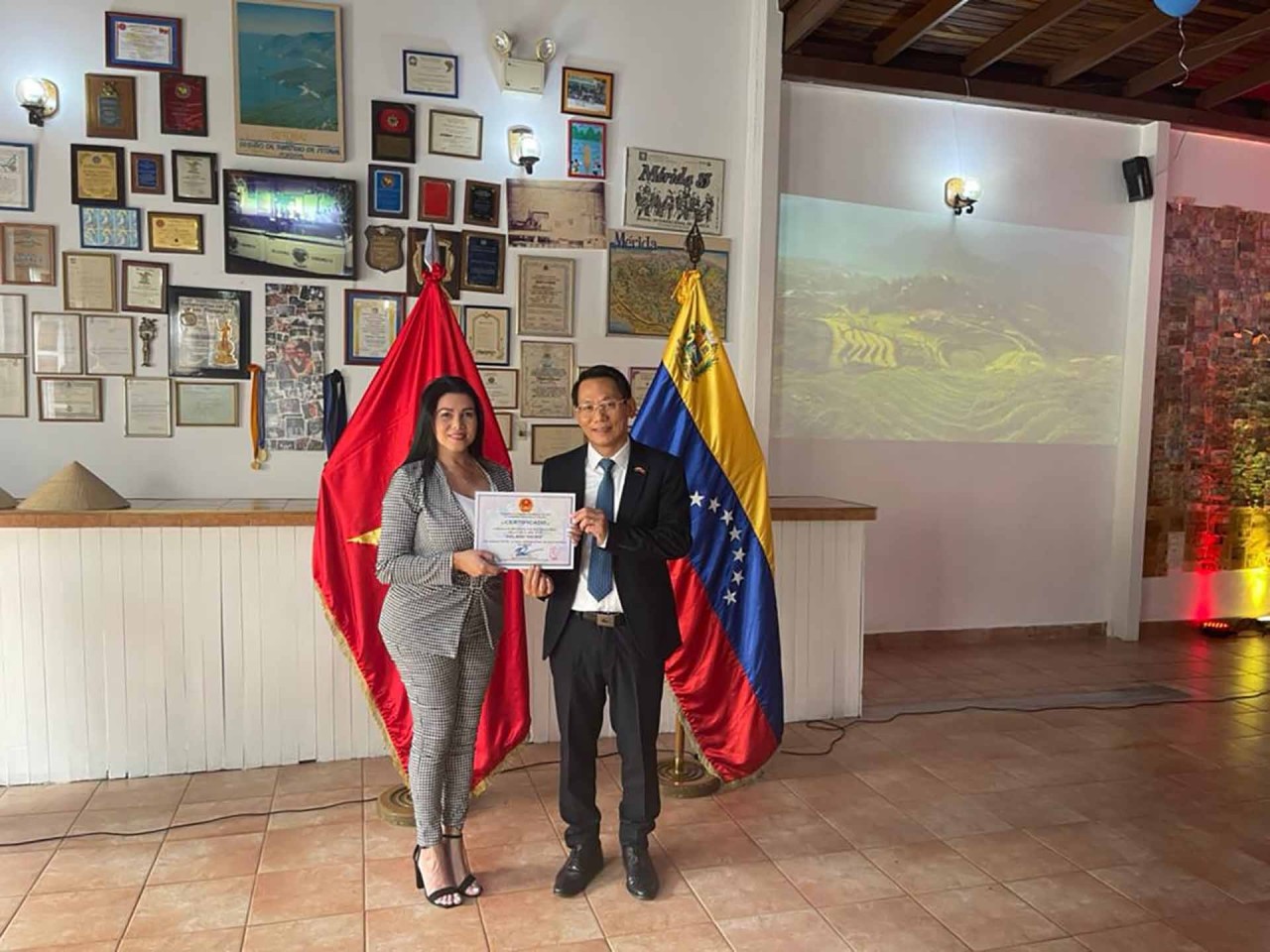 The Vietnamese Embassy has cooperated with Heladería 1000 sabores ice cream shop (1000 flavors ice cream shop) under the plan to promote and introduce Vietnamese cuisine in Venezuela in the state of Mérida to hold the opening ceremony of a new restaurant in the state of Mérida a brand new dish called “Hanoi Ice Cream” (Helado Ha Noi) on July 19.
July 24, 2022 | 11:53 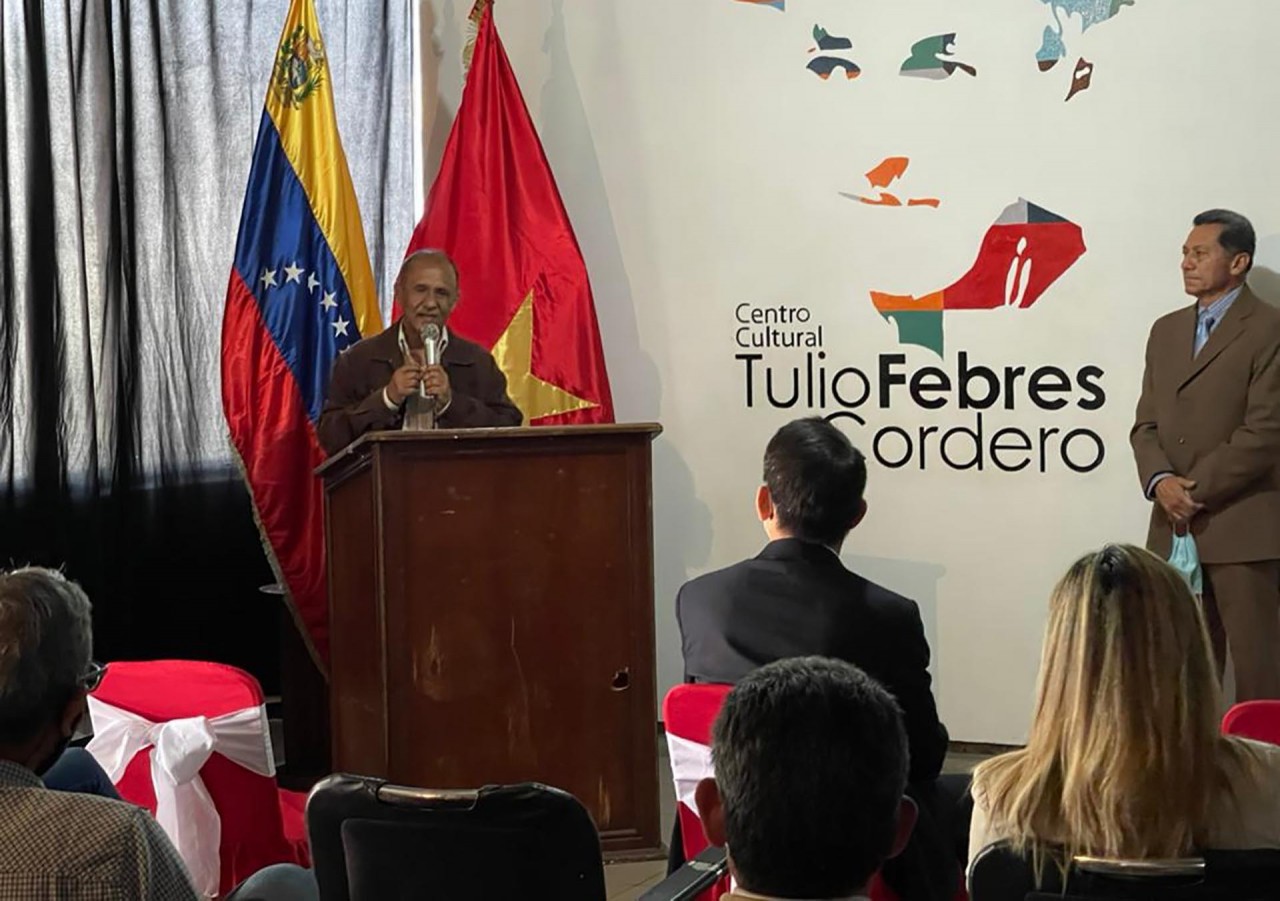 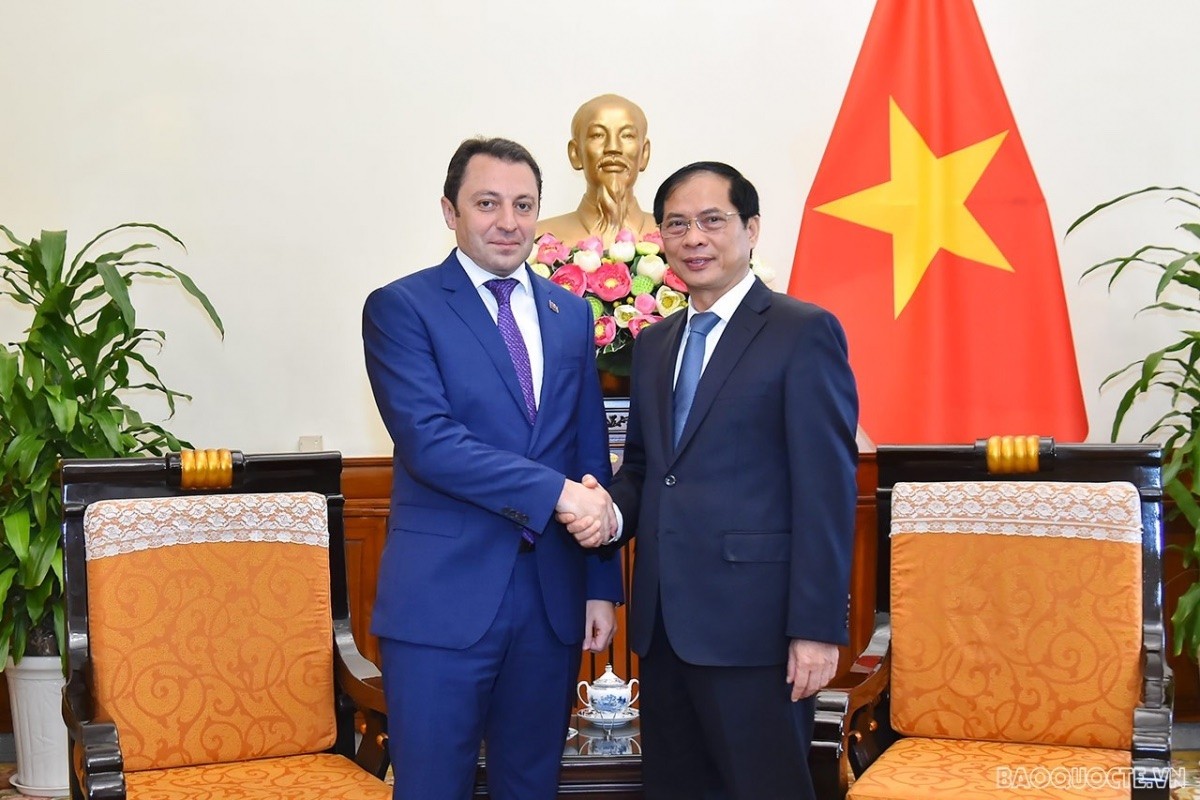