The two ringleaders of the people-smuggling gang who transported 36 Vietnamese immigrants in a sealed refrigeration container, and caused them to die in an excruciating death, were sentenced and jailed for 20 and 27 years.
Chau Polly
January 23, 2021 | 12:01

The victims – men, women, and children – paid up to £13,000 each for a ‘VIP’ crossing into the UK, crammed into a refrigerated lorry container in pitch-black conditions.

They ran out of air as the container was shipped from Zeebrugge to Purfleet in Essex, as desperate calls for help and attempts to escape proved futile, according to the Guardian.

Ronan Hughes, 41, who ran a haulage company and organised the lorries and drivers to transport the migrants, was sentenced to 20 years at the Old Bailey on Friday. He pleaded guilty last year to 39 counts of manslaughter and conspiring to bring people into the country unlawfully.

Hughes, an Irish haulier, alternated between legitimate shipments of waffles, soft drinks and wine from warehouses across Europe and illegal smuggling of alcohol, cigarettes and people.

His co-conspirator Gheorghe Nica, 43, a Romanian lorry mechanic who helped coordinate the transport of the migrants, and who was found guilty last year of manslaughter and people-smuggling, was sentenced by Mr Justice Sweeney to 27 years in prison.

Maurice Robinson, 26, the lorry driver from Northern Ireland who collected the container containing the 39 people from the port in Essex in October 2019, and also pleaded guilty last year to manslaughter and people-smuggling, was sentenced to 13 years and four months.

Lorry driver Eamonn Harrison, 24, also from Northern Ireland, who collected the migrants in northern France and drove the container to Zeebrugge, was found guilty of people-smuggling and 39 counts of manslaughter in December. He was sentenced to 18 years in prison.

The victims were 28 men, eight women and three children, two of them aged 15. When it became obvious that there was insufficient oxygen they made desperate attempts to escape through the roof of the lorry, and tried to call emergency services in Vietnam. As they began to die inside the dark container, where the temperature had risen to 38.5C, they recorded farewell messages for their relatives.

“I have no doubt that, as asserted by the prosecution, the conspiracy was a sophisticated, long-running and profitable one to smuggle mainly Vietnamese migrants across the channel," he said.

"The willingness of the victims to try to enter this country illegally provides no excuse for what happened to them.

"The temperature inside the trailer began to rise and continued to rise. The temperature eventually rose to around 40 degrees while they were at sea, forcing the removal by the victims of their outer clothing in an attempt to cope."

Sweeney said there was a need for deterrent sentences because “the control of immigration, which affects the social fabric of our country, our economy and our security is an area of considerable public concern”.

Accorrding to Evening Standard, the grim discovery of the bodies was made by Robinson in the early hours of October 22, 2019, when he opened the container to give air to the occupants.

Hughes had sent him a message on Snapchat saying: “Give them air quickly don‘t let them out”, but by that time it was already too late.

The victims, some as young as 15-years-old, had stripped down to the their underwear in the sweltering temperatures and used a pole in a failed attempt to break out of the container as the oxygen supply dwindled, the Old Bailey heard.

Heartbreaking phone messages to loved ones were recovered by police, including from one man who told relatives: “I can’t breathe. I want to come back to my family. Have a good life.”

Many of the victims’ families are still saddled with huge debts after paying for the ill-fated smuggling trip, taken by victims who were dreaming of a better life.

Police and prosecutors found evidence of six illicit journeys made by the people smuggling ring prior to the deaths, with migrants loaded on to a lorry in Europe and then shipped through customs.

Some of the trips were thwarted by border officials, while people in Essex reported their suspicions that migrants had been seen pouring out of the back of a lorry near to their homes.

But the smuggling ring was not broken up until after the 39 deaths.

Hughes and Nica had leading roles in the conspiracy but fought in court over who was more senior in the illicit operation.

Harrison was the lorry driver in Europe while Robinson was recruited by Hughes to pick up the container containing migrants in the UK.

Following the discovery of the bodies, he had phone calls with bosses Nica and Hughes, tried to destroy his phone, and drove around before eventually calling 999.

He initially pretended to police that he did not know there were people in the container, but later admitted being paid £25,000 in cash for his role in the operation.

The trial exposed for the first time a complex and lucrative operation which has for years illegally brought Vietnamese people into the UK. Each passenger paid smugglers between £10,000 and £13,000 to be brought from northern France. The prosecution described the people-smuggling conspiracy as “sophisticated, long-running and profitable”. The trial focused on four people-smuggling runs by the gang in the space of just a fortnight in October 2019 which, if they had all been successful, would have brought more than 80 Vietnamese migrants into the UK and netted the organisers £800,000.

The families of many of the victims had mortgaged their land to pay fees of up to £30,000 to people smugglers to take them in stages to the UK; the trial only focused on the final leg of the journey between France and Britain. Relatives said the victims had hoped to take up work in restaurants and nail bars in Britain, and planned to send their earnings home to help support their families.

Parents of one of the youngest victims, Nguyen Huy Hung, who was 15 when he died, paid tribute to their “peaceful and smart” son. “He loved football very much and he loved UK teams as well as the Champions League. He was also a good player. He always dreamed of going to the UK and he tried very hard to study at school as well as learning English for that purpose. His loss is so sudden for us. He did not have a chance to fulfil his dream,” they said in a statement.

Some of the victims reassured their anxious families that they had paid extra for a so-called VIP journey to the UK – which meant the lorry driver was helping them to cross the border, and there was no need for them to break into vehicles and stow themselves away. However the involvement of the lorry drivers offered them no protection when too many people were packed into one container.

The chief constable of Essex police, Ben-Julian Harrington, said this was the biggest operation in his force’s history. “On 23 October 2019 we were called to a scene that no officer could ever have prepared for. Every person in that trailer had left behind a family. They had been promised safe passage to our shores and they were lied to. They were left to die, all because of the greed of the men who have been sentenced today.”

The home secretary, Priti Patel, said: “The inhumanity of these callous people smugglers and their dangerous organised criminal networks has rightly been reflected in the sentencing today.” 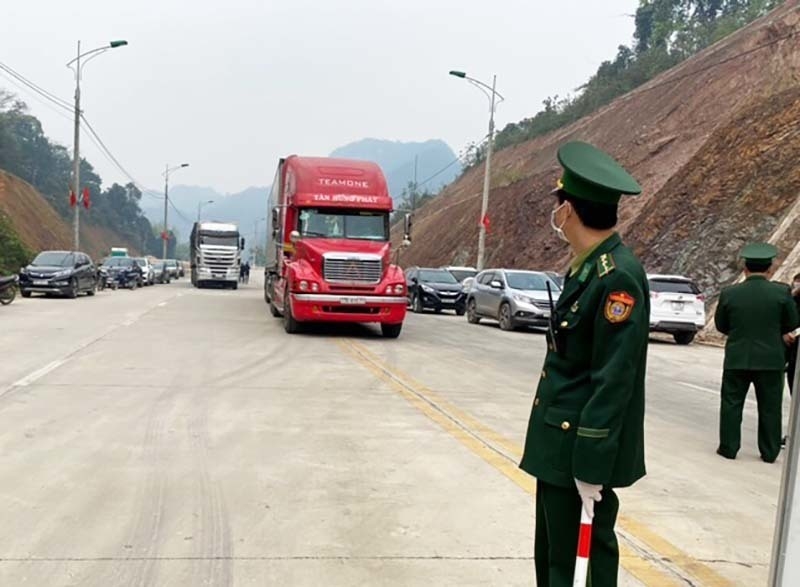 As smugglers try to carry prohibited goods into Vietnam, the General Department of Customs (GDC) said that risks in transit services continue to exist.
May 28, 2021 | 23:35 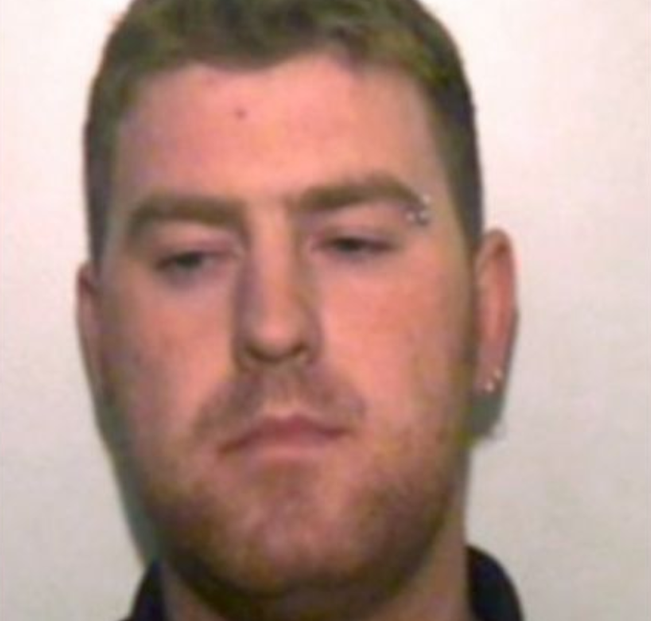 A 40-year-old Irish haulier pleaded guilty at Old Bailey Court on August 28 to the manslaughter of 39 Vietnamese migrants found dead in the back of a refrigerated lorry in Essex, the UK last October.
August 30, 2020 | 07:38 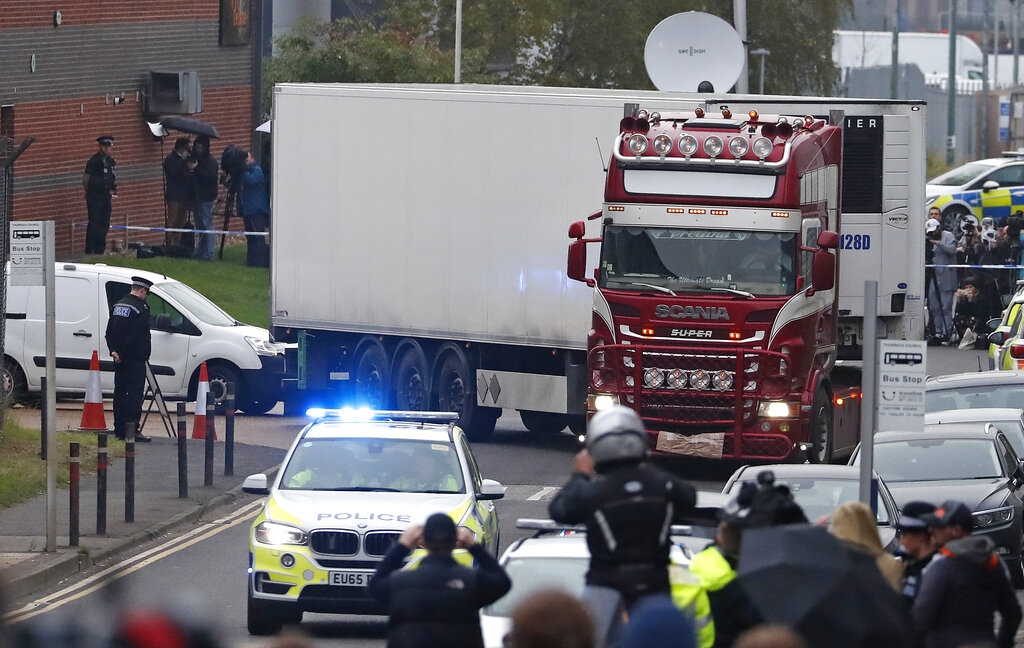 A man has admitted his involvement in the deaths of 39 Vietnamese migrants whose bodies were found in the back of a lorry in Essex, the UK, last October.
June 28, 2020 | 07:01

Police in the central province of Ha Tinh said on February 20 it has issued decisions to start criminal proceedings against seven suspects on the charge of organizing, brokering illegal emigration under Article 349 of the Penal Code.
February 20, 2020 | 22:44