More than 100 judicial officials from the Ministries of Justice of Vietnam and Laos and their provinces along the shared border and provinces setting up twin relations with Lao localities gathered at a conference in the central province of Nghe An on August 24, VNA reported.

Addressing the event, Vietnamese Minister of Justice Le Thanh Long underlined the significance of the conference in giving recommendations and proposals to complete coordination regulations between the two ministries of Justice and judicial agencies of border localities of Vietnam and Laos, ensuring law enforcement and creating favorable conditions for border residents to settle down and enjoy their rights and interests.

For his part, Lao Minister of Justice Phayvi Sibualipha noted that the conference was a chance for both sides to seek consensus and measures to effectively and comprehensively realize agreements reached by the two Ministries of Justice and the two Governments.

The participants discussed a wide range of issues on judicial cooperation between the two sides.

To date, the number of undocumented Lao migrants and Lao people with unregistered marriages who are allowed to reside in Vietnam has reached 1,516, while the number of Vietnamese people with similar conditions that received Lao citizenship is 2,726.

The participants agreed that in the time to come, the two Ministries of Justice will continue to work closely with relevant agencies to deal with requests of undocumented Vietnamese residing in Laos to receive Lao nationality by June 2023.

They will seek measures to effectively resolve civil status and nationality issues in the spirit of ensuring the legitimate rights and interests of people on the basis of the sound traditional friendship between the two countries.

The two ministries will also work together to implement their annual cooperation programmes to realise their collaboration agreement for the 2021-2025 period as well as signed deals in personnel training.

On the sidelines of the conference, the two ministries signed their cooperation program for 2023. Cooperation agreements were also inked between the Central Region College of Law and the Lao National Academy of Justice, and between the Judicial Departments of Son La province and Xayaburi province of Laos.

A delegation of Lao Minister Phayvy Siboualypha is making a working visit to Vietnam from August 21-26.

This is the first official visit to Vietnam by the Lao Minister of Justice since he took office in April 2021.

In a reception for Lao Justice Minister Phayvy Siboualypha in Hanoi on August 22, the PM suggested the two sides coordinate closely to deal with common issues relating to the nationalities of their border residents, and continue to support each other at multilateral and regional legal forums.

Trac suggested the two ministries pay more attention to training their staff members in international law in the context of the two countries’ extensive international integration and continue to exchange experience and support each other at multilateral forums and international organizations.

Meanwhile, Chief Justice Binh underlined the need for closer cooperation between courts of the two countries at a time when cross-border crime, trade fraud involving foreign elements, and international marriages are on the rise.

The cooperation can be in various fields, he said, suggesting exchanging experience in trials and court management, training for judges and officials of Lao courts, and the rotational organization of the court conference of Lao, Vietnamese, Cambodian border provinces every two years, with Laos being the host this year. 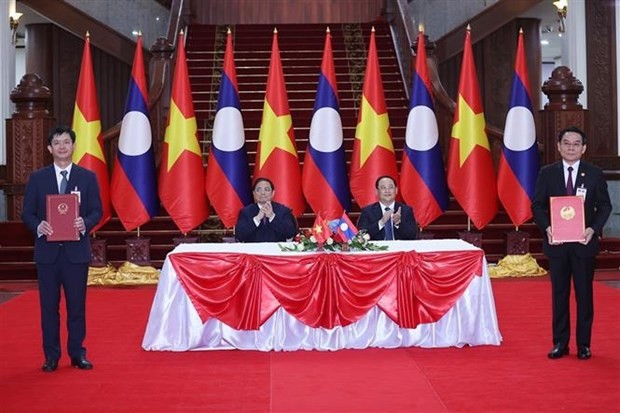 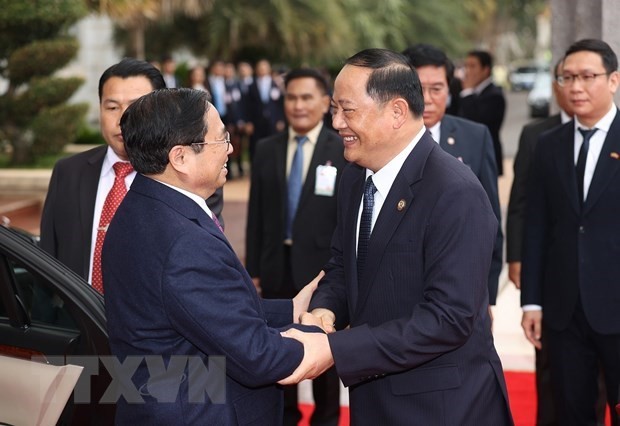