The "Border Light" program launched and carried out by the Border Guard Command of Quang Binh province has contributed to brightening up many villages on the Vietnam-Laos border.
Tracy Dao
July 15, 2022 | 08:15

The Border Guard Command of Quang Binh has coordinated with local authorities and functional forces to carry out many projects and works to improve the livelihood of people living in the boundary areas. One important project is the wet rice cultivation in Thuong Hoa commune, Dan Hoa commune (Minh Hoa district), Kim Thuy commune (Le Thuy district)… which has helped the local Van Kieu ethnic people to stay self-sufficient in food.

Besides many works to support the locals to increase production efficiency and create sustainable livelihoods, from 2019, Quang Binh Border Guard has developed the "Border light" program for boundary villages and residential areas.

Officers and soldiers of Quang Binh Border Guards have deducted part of their salaries and allowances, called for socialization sources to create funds, and participated in the construction of works. The border guards will deploy the construction of "Border Light" by the grid power system or by solar lights, depending on the conditions of each community.

After 3 years of implementation, Quang Binh Border Guard Command has mobilized resources to build 78 works, equivalent to 75km of power line for citizens living near the border. The electricity system built in border villages has contributed to enhancing security and social order in the area. The border villages are now more spacious, and the livelihoods of ethnic minorities have been improved in all aspects.

Quang Binh Border Guard also works closely with the authorities and functional units of Laos to support Lao people. Learned from the border protection unit of Laos that locals of Na Cham village are still facing many difficulties and shortages in daily life, Quang Binh Border Guard Command has discussed with the local government and the border guard force to build the project "Border Light" in this area. Na Cham village is located in Thong Kham, Muang Boualapha district, Khammouan province, which is home to 110 households with 623 people.

After reaching an agreement and conducting the site survey, a welcome gate and a lighting system with 50 columns and 50 high-capacity solar light bulbs were constructed and installed in Na Chat village. To carry out this project, the Quang Binh Border Guard mobilized funds from socialization sources, and at the same time sent officers and soldiers to coordinate with the Lao border protection unit for construction.

Notably, officers and soldiers of the Border Guard dispatched to Laos for support are experienced in building thousands of lampposts, dozens of greeting gates, and many "Border Light" projects throughout the boundary area. 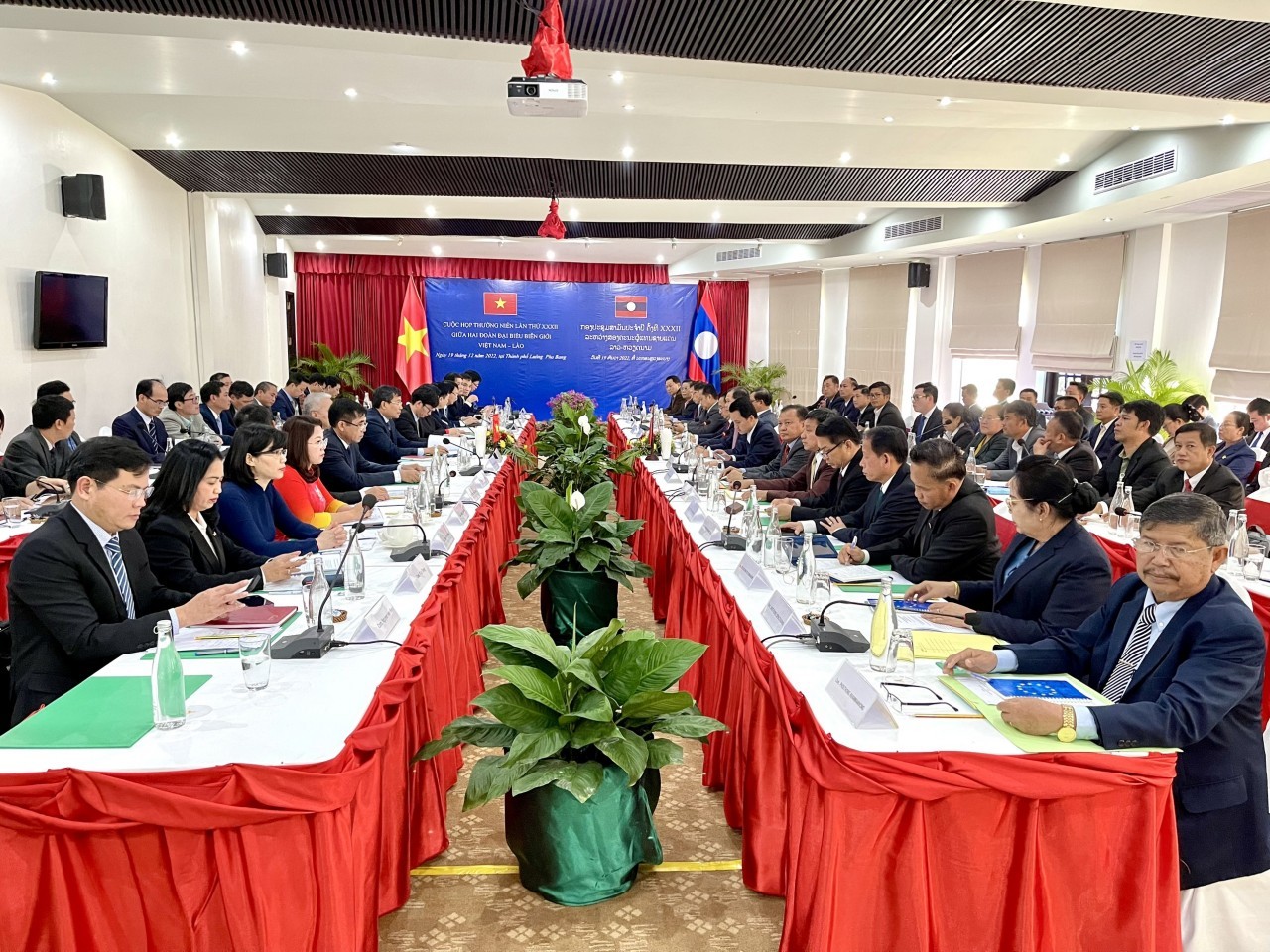