He attended a NA plenary session and held working sessions with the Vietnamese military-run telecom provider Viettel and the Ministry of Agriculture and Rural Development.

During meetings, both sides highlighted the visit as the first exchange of delegations between the two legislatures. They agreed to continue maintaining the exchange of all-level visits and mutual support at international organisations and multilateral forums such as the United Nations (U.N.), the Inter-Parliamentary Union (IPU).

Vietnam asked for Haiti’s support of its bid to become member of the U.N. Security Council for the 2020-2021 tenure and the Vietnamese candidate for the post of UNESCO Director General for the 2017-2021 tenure.

The Haitian side expressed wish to promote links across telecommunications, agriculture and gender equality.

On regional and global issues of shared concern, including the East Sea issue, the two sides underscored the importance of the settlement of disputes by peaceful means, including diplomatic and legal process in line with international law, including the 1982 U.N. Convention on the Law of the Sea.

Latortue said the principle of respect for international law is the stance of not only Haiti but also 14 Caribbean countries. 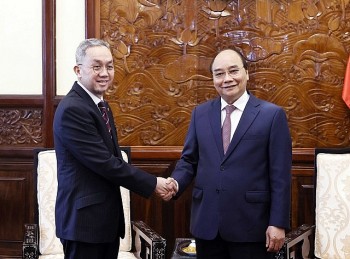