The Vietnamese Embassy has cooperated with Heladería 1000 sabores ice cream shop (1000 flavors ice cream shop) under the plan to promote and introduce Vietnamese cuisine in Venezuela in the state of Mérida to hold the opening ceremony of a new restaurant in the state of Mérida a brand new dish called “Hanoi Ice Cream” (Helado Ha Noi) on July 19.
Da Quang
July 24, 2022 | 11:53

Ambassador Le Viet Duyen, Vice Minister of Culture of Venezuela Victor Arenes, Mrs. Isbellis Da Silva, the owner of the ice cream shop, the representatives of the Merida state government, and many locals were present at the ceremony.

Ambassador Le Viet Duyen gave a speech at the opening ceremony and expressed his wish to connect the culture and people of the two countries and strengthen the bond, friendship, and traditional relations between Vietnam and Venezuela. That is the reason that the Embassy of Vietnam in Venezuela has cooperated with the store Heladería 1000 sabores to introduce "Hanoi Ice Cream" to the people of Venezuela.

The Ambassador shared that this flavor of ice cream is made from green beans - a typical ingredient in Vietnamese cuisine, along with the love and passion for Vietnamese cuisine and the skilled hands of Ice cream artisans at the shop.

Ambassador Le Viet Duyen believes that with the love and respect of those who make this unique ice cream, when the people of Mérida in particular and Venezuela, in general, enjoy Hanoi Ice Cream, they will all feel like they are physically in the capital of Vietnam.

After that, Ambassador Le Viet Duyen presented the certificate to the owner of the Isbellis Da Silva ice cream shop.

Isbellis Da Silva was very emotional when she received the certificate from the Embassy of Vietnam in Venezuela. She shared about the process of taking over the family's traditional ice cream shop. Ms. Silva also shared that "Hanoi ice cream" has a delicious flavor of green beans and coconut milk, it especially evokes the customers to think of the capital of Vietnam.

The creation of Hanoi Ice Cream also gave her the idea to make the next ice cream dishes with the names of the capitals of countries around the world. Ms. Isbellis Da Silva hopes to cooperate with the Chamber of Commerce of Venezuela - Vietnam (CAVENVIET) to open restaurants to promote Vietnamese cuisine, as well as Hanoi ice cream in Caracas and states throughout the territory of Venezuela in the near future.

This shop has already set two Guinness records for the number of ice cream flavors in the world in 1991 and 1996. The fact that ice cream with the typical Vietnamese flavor of green beans appeared at this famous Venezuelan ice cream shop, not only introduces and promotes Vietnamese cuisine to local people and international guests but also brings the image of Vietnam closer to the daily lives of Venezuelans. 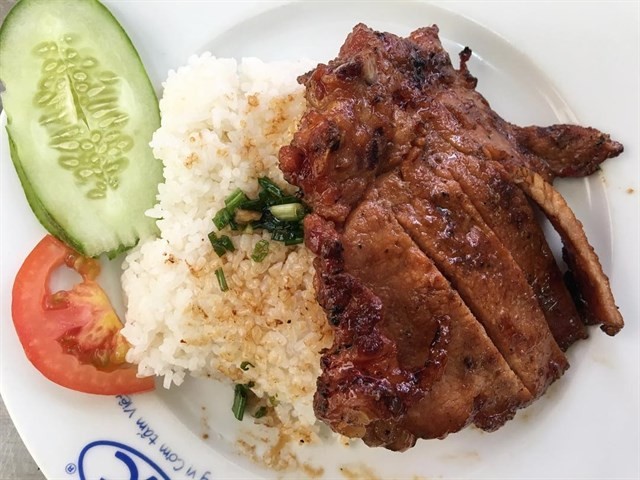