The central province of Nghe An is speeding up the construction of a statue of Vladimir Ilich Lenin to mark his 150th birthday (April 22, 1870). 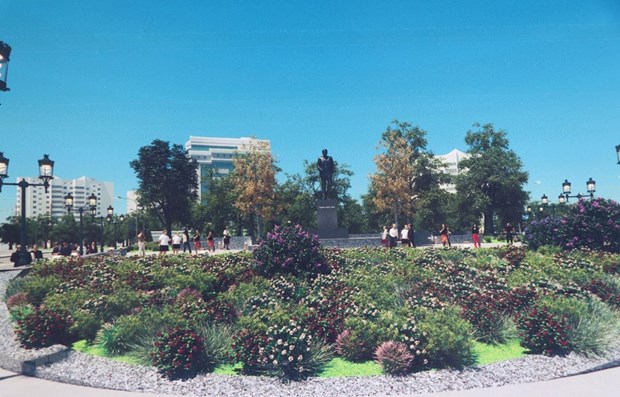 Computer image of Lenin statue in Nghe An (Photo: VNA)

Vinh city in Nghe An province – the homeland of late President Ho Chi Minh - is the second locality, after Hanoi, selected for the building of Lenin’s statue.

Nghe An province and Ulyanovsk – the native land of Lenin – have set up close relations since the 1990s. With the sentiments, Ulyanovsk has named a square, an avenue and a school after President Ho Chi Minh, where a statue of Uncle Ho was placed in a solemn position.

Meanwhile, a road in Nghe An has also been named after Lenin. Besides, Soviet Nghe Tinh Museum has devoted a space to displaying documents on Lenin and Russia’s October Revolution.

The statue, measuring 3m in height, was casted in Ulyanovsk and presented by the Russian province to the Party organisation and people of Nghe An.

The construction of the statue has been seen as a milestone in the relations between Nghe An and Ulyanovsk, helping to consolidate the traditional friendship and comprehensive strategic partnership between Vietnam and Russia./.

Mouth-watering dishes to savor on chilly days in Hanoi