Levoit, the #1 selling air purifier brand in the US*, announced its new partnership with Ban Leong Chin Inter Co.Ltd. 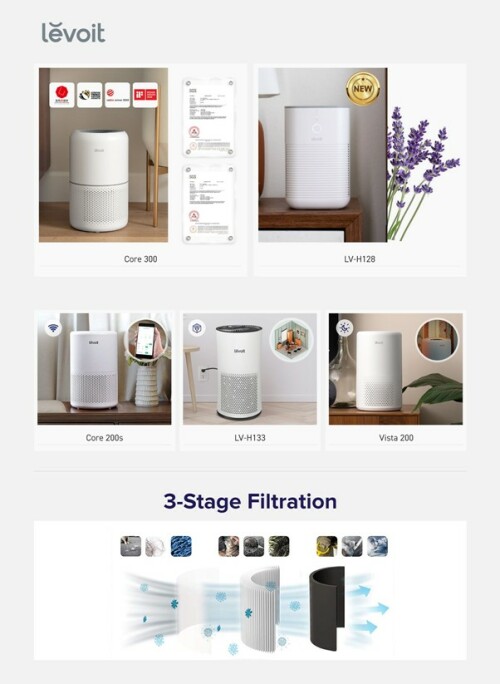 During the pandemic, the persistent spread of the virus is challenging people to think about keeping their homes cleaner, while the increase in people's awareness towards the health impact drives the growth of the global air purifier market.

Additionally, the free VeSync app allows users to control the Levoit smart air purifier series from virtually anywhere. We believe every home deserves a little extra love, starting with a touch of wellness from Levoit. For additional information, visit levoit.com.

Ban Leong Chin Inter is a brand name in the technology products distribution industry for 17 years. We also constantly focus on identifying innovative IT products in both commercial and consumer segments to enhance and expand our range of products. Leveraging on our 17-year brand history, we successfully re-positioned and strengthened our brand as a name synonymous with innovative, fashionable and user-focused tech-savvy products through regular marketing activities.

We distribute our products through three channels, e-commerce via online retailers, and chain stores; and directly to corporate resellers and system integrators. To complement our distribution services, we provide after-sales support services and offer out-of-box replacement warranty to our customers.