Five Vietnamese martyrs who voluntarily joined the Soviet Union’s Red Army during the war against the German fascists have been honoured at the Central Armed Forces Museum of Russia in Moscow.

Inside the museum. Photo: Sputnik

Their names, biographies and belongings are showcased on a shelf in the museum.

According to the Russian news agency Sputnik, they also joined a legendary parade at the Red Square on November 7, 1941, ousting the German fascist troops from the capital in the winter of 1941-1942, thus opening up a new chapter in the Second World War. They were Vuong Thuc Tinh, Ly Anh Tao, Ly Nam Thanh, Ly Thuc Chat and Ly Phu San.

The identification of their names was the result of a long-time search by Russian historians and war veterans, members of the Soviet Union – Vietnam Friendship Association and reporters from Moscow radio station, now known as Sputnik.

Since 1985, hundreds of articles praising Vietnamese Soviet army soldiers have been published on Russian media. Their dedication was also featured via documentaries, photo exhibitions and live television programmes.

The five martyrs were also posthumously awarded with the first-class Orders of Patriotic War of Russia in 1985 on the occasion of the 40th anniversary of its victory over German fascism. 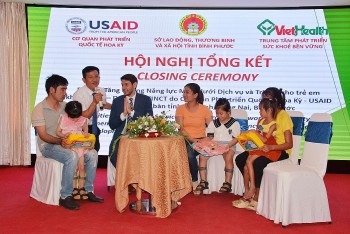