New Zealand PM Jacinda Arden met with leaders of the Vietnam Football Federation, the Vietnam Sports Administration, and the national women's football team on a business trip to Vietnam on Tuesday.

Vietnam's national women's football team will feel at home in New Zealand for the 2023 World Cup. According to PM Jacinda Arden: "I was at the live draw in Auckland, and when I heard Vietnam's name called and realized we would be hosting you in New Zealand, I was so pleased".

PM Jacinda Arden shared: "Knowing that we would be sharing those firsts, Vietnam's first World Cup and our first time hosting the finals – I knew it would be special. And, of course, even down in New Zealand, we have heard about the Vietnam Golden Star Women Warriors".

"We have a word for women like your football team – we call them "Wāhine Toa". Literally, it means "strong women" but it means strong of body, mind, and spirit, and I think it perfectly epitomizes the Vietnam team," she said.

All of Vietnam's Group E matches will take place in New Zealand. They will compete against the US, the defending champions and the No. 1 team in the world, as well as the Netherlands, the silver medalists and one of the winners from the playoff round.

"I know the team has drawn a tough group with the US and the Netherlands. My advice as someone who hasn't played world-class football, of course, is just to focus on playing your game. I have heard about how much joy the team plays with and how much passion, and I believe if you bring that to New Zealand, you can beat anyone," PM Jacinda Arden said.

Ardern said hosting the World Cup was a big deal for New Zealand. The co-host wants to ensure that every team has all they need to stage the best World Cup ever in Australia and New Zealand.

"At this stage, I think the main thing we want to do is reassure all the teams about the great hosting experience they will have. For teams coming to New Zealand, I know there will be a lot of questions about the venues and pre-tournament training facilities.

I am absolutely sure that our hosting team is working hard to ensure that we can answer all of the questions your team management has. And then, of course, we're getting New Zealanders ready to be the best hosts Vietnam has ever experienced," she added.

When asked about how sports may contribute to women's empowerment and whether the World Cup will encourage more women to participate in sports, Ardern responded: "I absolutely think the World Cup will inspire young women and girls to give sports a go.

Unfortunately, even in sports-mad New Zealand, women and girls still face inequalities when it comes to participation and visibility within the sport".

Events like the World Cup help particularly with visibility and as hosts – that's something we really want to maximize".

Ardern gave head coach Mai Duc Chung and each player a scarf, an official World Cup product because they are going to compete in the cold weather city of Auckland.

On behalf of the team, Coach Chung said he was proud to take charge Vietnam team at the New Zealand World Cup. He was delighted to see the hosts' preparations for the competition.

"The facilities for World Cup are incredible. I have nothing to complain about. It is our great honor to meet with PM Jacinda Ardern, who put aside time for us although she was busy. She is friendly and charming like the New Zealanders I have ever met”, said Chung.

The National Women's Football Championship's first leg in February 2023 will determine the composition of the national team.

According to the Vietnam Football Federation, they will have several intensive training courses in Europe, where they will play with strong rivals to sharpen their skills ahead of the World Cup. 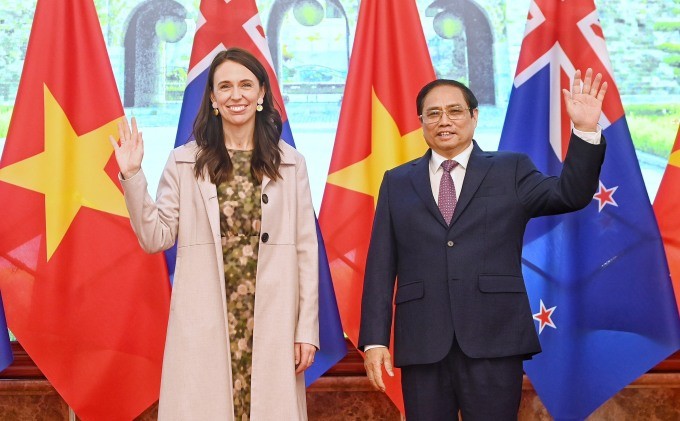 The visit to Vietnam by Prime Minister Jacinda Ardern is an important opportunity to reaffirm and build on the strategic partnership
November 14, 2022 | 15:29 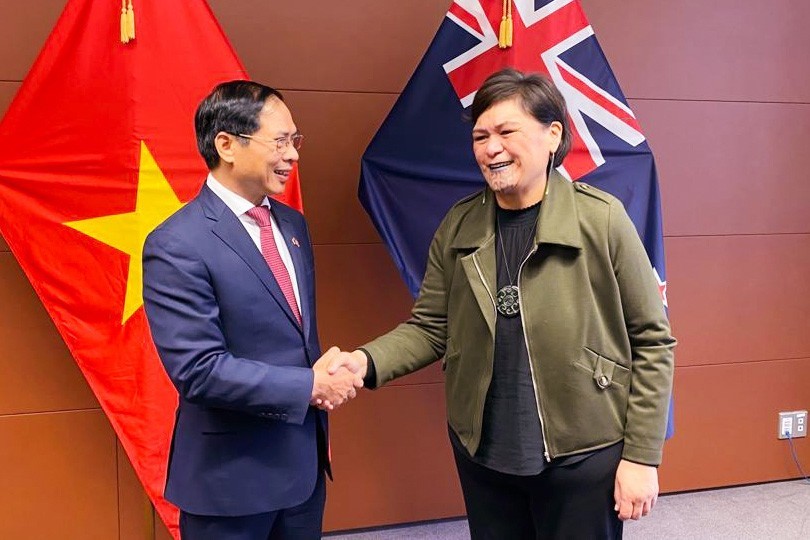