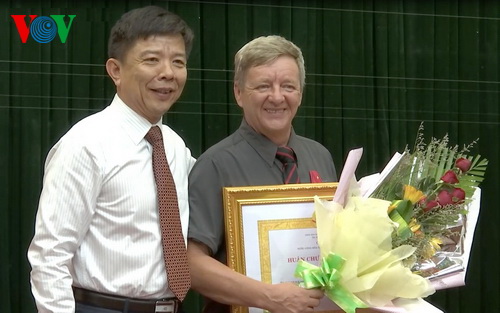 Addressing at the ceremony, Mr. Khanh said that he was glad because Son Doong cave in Phong Nha – Ke Bang was discovered by a Quang Binh resident. He said he was proud because he had made contribution to the British Royal Cave Research Association and would make more contribution in the future. He also expressed his hoped that the local authorities would consider development trends for the cave in the sustainable future./.