Vietnam Named in List of Major Foreign Holders of U.S. Treasury Securities in 2021

According to the Federal Reserve and U.S. Department of the Treasury, foreign countries held a total of 7.03 trillion U.S. dollars in U.S. treasury securities as of June 2021.
Valerie Mai
mnghonganh@gmail.com October 04, 2021 | 15:36

Owning US$39.2 billion in U.S. securities, Vietnam is ranked 32nd on the list. Over the period of 5 years, Vietnamese lend to the U.S. has increased by more than three times, according to Vietnamnet. According to analysts, the debt does not reflect the entire situation of Vietnam’s forex reserves. It rather shows the volume of the US government bonds put in custody at banks in the US.

According to Vietnam Customs, in the first half of 2021, the US remained Vietnam’s largest export market with a turnover of US$53.6 billion, up 37 percent compared to the same period last year. On July 19, 2021, the State Bank of Vietnam (SBV) reached an agreement with the US regarding Vietnam’s currency practices, in which Vietnam pledged not to deliberately engage in any competitive devaluation of the Vietnamese dong, as well as be more transparent about its monetary policy and exchange rates. The SBV has reiterated that it did not use the exchange rate to create an unfair advantage in international trade, but rather “to promote macroeconomic stability and to control inflation.”

As of June 2021, Japan held 1.28 trillion U.S. dollars worth in U.S. securities. The country surpassed China as the largest foreign holder of U.S. Treasury securities in June 2019. The increase in Japan's holdings is its largest since 2013. The low and negative yield market in Japan makes holding U.S. debt more attractive. Japan now makes 18% of foreign-owned U.S. debt.

China gets a lot of attention for holding a big chunk of the U.S. government's debt and for good reason, given its rapidly expanding economy. China takes the second spot among foreign holders of U.S. debt with US$1.07 trillion in Treasury holdings in April 2020 and US$1.1 trillion in June 2021, just behind Japan. China has trimmed its holdings and this is the lowest amount held in the last two years. It currently holds 15.5% of the U.S. foreign debt.

The United Kingdom has increased its holdings in U.S. debt to a nine-year high in April 2020 to US$453 billion. ﻿ It has increased in rank as Brexit continues to weaken its economy. This is 6% of the total foreign debt, according to Investopedia.

It would appear odd that Ireland is the fourth-largest holder of U.S. debt, particularly when comparing its economy to other European nations, such as Germany. However, a big factor in Ireland's place is the fact that many U.S. multinational companies. Dublin is a focal point for international fund management but also represents the European branches of U.S. technology and pharmaceutical companies. However, there has been a drop in Ireland's U.S. debt holdings, signaling a possible change in multinational attitudes as they move money back to the U.S. as rules on how foreign earnings are taxed change. Ireland holds US$322 billion in U.S. debt, which is 4,5% of foreign debt.

Luxembourg is the fifth-largest holder of U.S. debt among foreign countries while having a rather small economy by GDP. In June 2021, Luxembourg holds US$301 billion in U.S. Treasuries, equal to about 4,2% of total foreign holdings.

Switzerland has one of the world's highest per capita GDPs and a highly skilled labor force. The economy relies on financial services, precision manufacturing, metals, pharmaceuticals, chemicals, and electronics. The country holds US$270 billion of U.S debt, accounting for 3,8%.

With a gross domestic product of $1.87 trillion, Brazil is the world’s ninth-largest economy and the largest economy in Latin America. Until 2012, Brazil had been one of the world’s fastest-growing economies. Brazil holds US$249 billion of U.S. securities.

The Cayman Islands is a self-governing British Overseas Territory, the largest by population, in the western Caribbean Sea. With no direct taxation, the islands are a thriving offshore financial center. More than 65,000 companies were registered in the Cayman Islands as of 2017, including more than 280 banks, 700 insurers, and 10,500 mutual funds. Statistic in June 2021 shows Cayman Island holding US$244,8 billion of U.S. securities.

The official name of Vietnam is associated with the slogan "Independence - Freedom - Happiness," which represents the value system, the ultimate and lasting goal of all Vietnamese people at home and abroad. This is the journey, the driving force, and the most basic foundation to earn national prosperity and happiness.
October 24, 2021 | 13:26 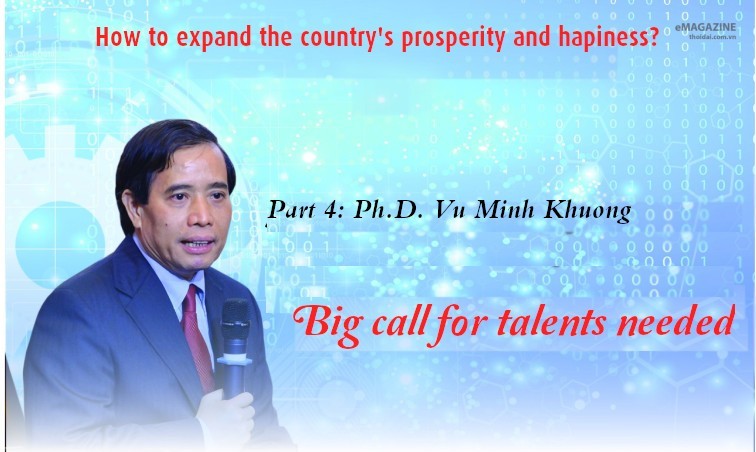 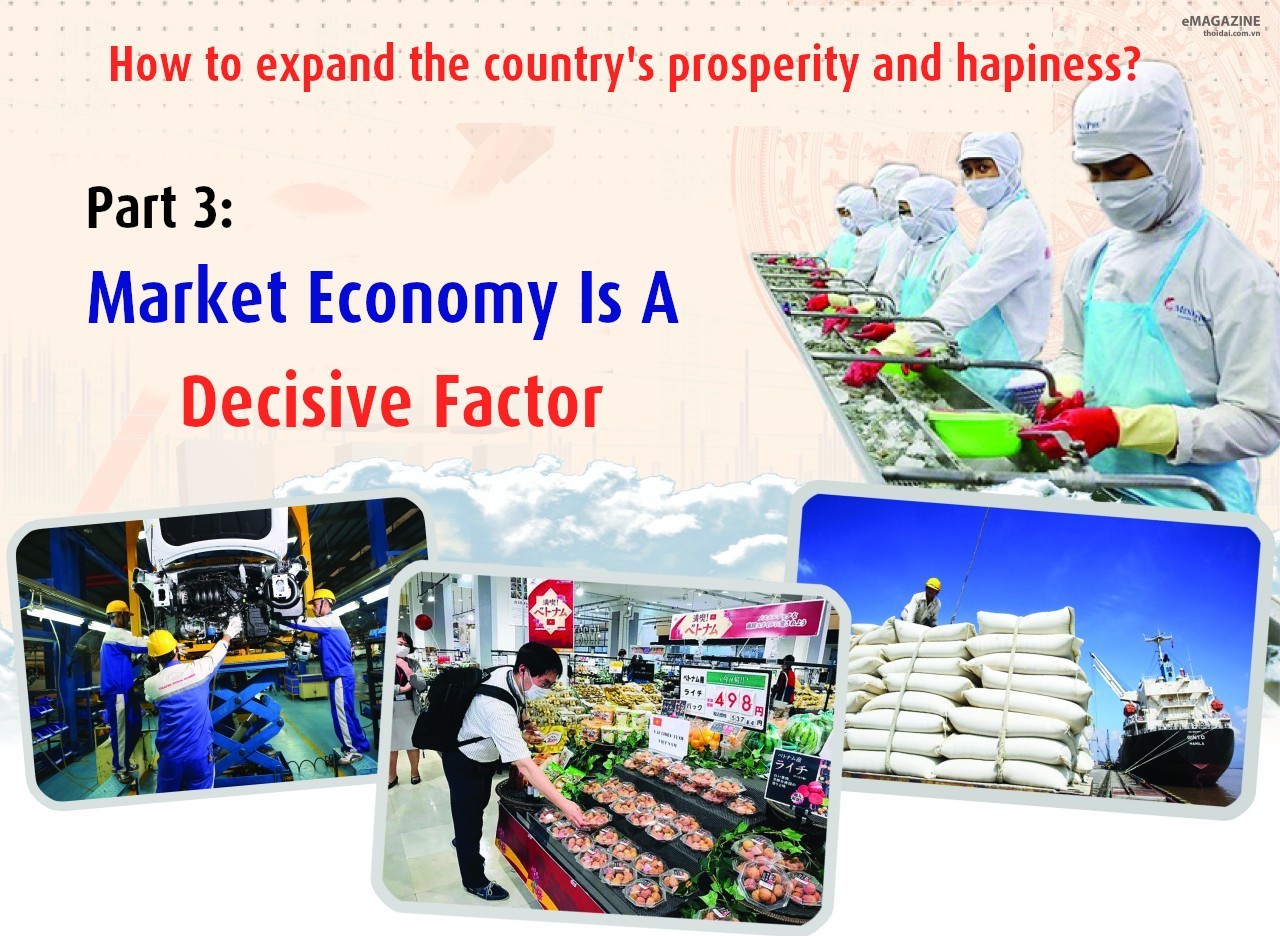 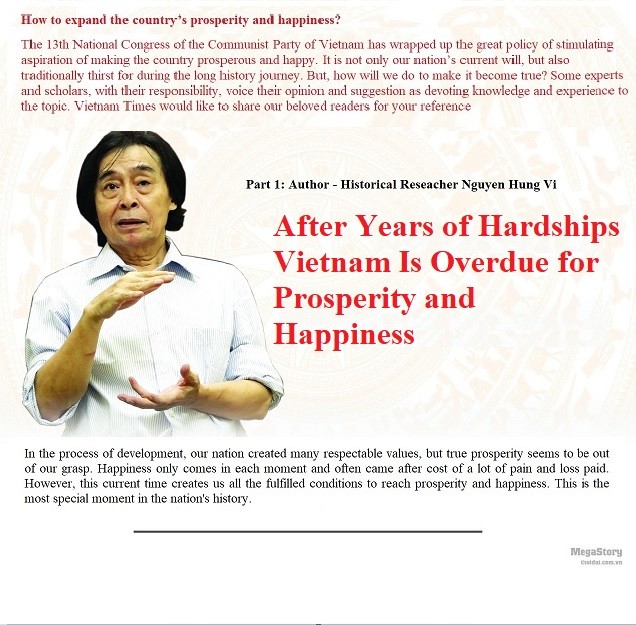 "The State Must Walk Along with Its People"

Dr. Le Duc Thinh, head of the Department of Cooperatives and Rural Development under the Ministry of Agriculture and Rural Development, believes the viewpoint that “the state must walk along with its people” is the key to achieve prosperity and happiness. The Vietnam Times spoke with the distingushed professor about his philosphy and his wishes for Vietnamese society.
October 19, 2021 | 01:46