Foreign Minister Bui Thanh Son and his Canadian counterpart Mélanie Joly discussed measures to further deepen the Vietnam-Canada partnership during talks in Hanoi on April 13.Son welcomed the first Vietnamese visit by Joly as Vietnam and Canada celebrate the 5th anniversary of their comprehensive partnership, affirming that the visit will contribute to reinforcing ties between the two countries and the two ministries.

Joly said that her country attaches great importance to relations with Vietnam and hopes to expand the bilateral partnership, especially in economy and trade.

She affirmed that Canada will strengthen cooperation with and support for Vietnam in responding to climate change and realizing the commitments that it made during the 26th UN Climate Change Conference (COP26), according to VNA.

Son proposed that the two sides continue to increase delegation exchanges at all levels, resume bilateral dialogue mechanisms and make full use of opportunities from the Comprehensive and Progressive Agreement for Trans-Pacific Partnership (CPTPP). He suggested Canada continue to open its door for Vietnamese products and farm produce, while increasing support to Vietnam during its post-pandemic socio-economic recovery and development. Canada should recognize Vietnam’s vaccine passport, while creating favorable conditions for the Vietnamese community in Canada to settle down, he added.Both sides shared delight at the positive growth of Vietnam-Canada ties across all fields, with two-way trade reaching over US$6 billion in 2021, up 19 percent over 2020 despite the difficulties brought by Covid-19. Coordination in education, training, climate change response and pandemic control has also been strengthened, they noted.

Over the Ukraine matter, FM Son highlighted Vietnam’s consistent policy of supporting the settlement of international disputes through peaceful measures with respect to the UN Charter and fundamental principles of international law. Vietnam calls for an immediate end to the use of force that causes casualties among civilians and infrastructure, including Vietnamese people in Ukraine, he said. Son stressed that Vietnam is willing to make positive contributions to humanitarian support activities, diplomatic processes, dialogue and negotiations, as well as reconstruction and development process in Ukraine.

Vietnamese economic recovery is likely to be stronger at the end of the second quarter of the year when domestic demand and the tourism sector recovers, according to Standard Chartered Bank.

In its latest Vietnam-focused macro-economic research report, Standard Chartered forecasts the nation’s recovery will accelerate markedly in the year ahead, with GDP growing by 6.7% for the entire year, with economic indicators being recovered on a large scale.

Experts from Standard Chartered note that the country remains a key manufacturing centre and link within the global supply chain, despite facing challenges related to geopolitical tensions and the Covid-19 pandemic, cited VOV.

However, they also noted that the nation may face short-term risks, especially related to tourism recovery and the Covid-19 pandemic.

According to Tim Leelahaphan, economist for Thailand and Vietnam at Standard Chartered, the re-opening of the tourism sector, which accounts for 10% of Vietnamese GDP, will be a factor that must be observed and evaluated seriously in the second quarter of the year after two years of closure due to the pandemic.

FDI inflows into the country have also started to pick up this year after a slowdown in 2021.

Moving forward, the bank anticipates this trend to continue, especially in areas such as electricity generation and supply, petroleum, and air conditioning equipment.

Foreign investors will therefore continue to be the main driving force for the nation to contribute to the global supply chain, said Leelahaphan.

Many major global technology enterprises have moved or planned to move their production from China to the nation over recent years in order to diversify their supply chains, he said, adding that the country continues to be a regional manufacturing hub in terms of electronics, textiles, and footwear.

Standard Chartered maintains its inflation forecast for the nation at 4.2% for this year and 5.5% for 2023. The bank stated that supply factors will bring risks of increasing inflation, especially amid current geopolitical tensions.

It also maintains its medium-term constructive view on the Vietnamese dong (VND) amid expectations of a strong balance of payments (BoP).

Moving forward, the country is likely to continue to run a current account surplus this year as the tourism sector recovers, despite higher commodity prices, it said.

Previously, experts from the Asian Development Bank (ADB) predicted that the Vietnamese economy would soar by 6.5% this year and grow stronger at 6.7% in 2023.

Meanwhile, Vietnam’s economic growth was respectively projected at 6.2% and 5.3% for this year by the Hong Kong & Shanghai Banking Corporation (HSBC) and the World Bank.

Analytical data from Google Destination Insights has shown that the volume of international searches for Vietnamese tourism from the beginning of 2022 to now, in both airlines and accommodations, has increased by more than 75%, reaching the highest rate globally.

This information was announced by the Information Centre of the Vietnam National Administration of Tourism under the Ministry of Culture, Sports and Tourism.

Notably, Google Destination Insights also shows that most searches about Vietnamese tourism come from the following countries: the US, Australia, France, Canada, Japan, Germany, Singapore, the UK, India, and Thailand.

The search volume of international visitors from the US for Vietnam tourism increased sharply from the beginning of February 2022 with about 480% of the figure from the same period in 2021. Australia's visitor market remained at a high level in the first three months of 2022, with an increase of 760% over the same period in 2021, reported NDO.

The search volume of some countries in the European market also show interest in Vietnamese tourism, such as France, with an increase of 376% over the same period last year, and Germany, with a 350% increase at the beginning of February 2022.

Vietnam Expo 2022 kicks off in Hanoi

The 31st Vietnam International Trade Fair (Vietnam Expo 2022) was kicked off on April 13 by the Ministry of Industry and Trade, in conjunction with localities and agencies, under the theme “Step together in digitalized world.”The hybrid event takes place in person at Hanoi International Exhibition Centre from April 13 – 16 while the virtual fair will run in a month, from April 13 to May 13, enabling foreign exhibitors to join remotely.

On display are products divided in four sections – national and export brands, machinery for supporting industries, digital technology and e-commerce, and food and beverage.

In his remarks at the opening ceremony, Minister of Industry and Trade Nguyen Hong Dien said 2021 was an unprecedentedly challenging year for every country around the world, including Vietnam, because of the Covid-19 pandemic, cited VNA.

Despite all hardships, Vietnam has managed to achieve a GDP growth of 2.58 percent last year, with further expanding industrial production, particularly in manufacturing and processing, he said.

Foreign trade turnover hit a record high of US$670 billion, taking Vietnam to the top 20 economies in international trade, he added.

Dien attributed the achievements to the help of trade promotion activities and foreign trade support policies, enabling the uninterrupted distribution of necessary commodities and boosting exports and imports.

With its 30-year history, Vietnam Expo has become one of the largest trade promotion events in Vietnam, he said, noting that it has brought not only direct economic benefits but also opportunities for Vietnamese enterprises to foster exports, develop the domestic market, and build capacity to better engage in the global value chain.

The trade fair features 380 pavilions run by some 410 exhibitors, including those from 15 foreign countries and territories.

A number of forums, conferences and workshops by sector and market will be held on the sidelines of the event to help local enterprises gain broader access to both domestic and foreign partners.

The representative office of national flag carrier Vietnam Airlines in Singapore on April 12 launched the “Fly Vietnam Airlines, Re-discover Vietnam” program with the aim of introducing and promoting the country’s post-pandemic safe tourism.

This is the first among a series of events to be held by Vietnam Airlines and its partners over the world. After a two-year hiatus caused by the pandemic, the carrier has to date re-operated flights to many markets, and Singapore is the first that it has resumed two-way services.

Vietnam has gained positive results in its vaccination roll-out and officially re-opened its door to foreign visitors on March 15.

In the first quarter of this year, the number of international tourists and the volume of goods through Vietnam’s airports surged by 176% and 113%, respectively, compared to those in the previous quarter.

According to the diplomat, the tourism and hospitality industries are not the only sectors benefiting from the resumption of normal travel between the two countries. As Singapore has been Vietnam's largest foreign investor in the past two years, the resumption of travel creates favorable conditions for investors from both countries and gives great hope for a more vibrant future, reported VOV.

Also at the launching ceremony, Vietnam Airlines and its partners - Thien Minh Group (TMG), Vinpearl, and Caravelle - introduced new, attractive and safe tour packages to agents, businesses and customers in Singapore. The airline is currently operating 18 flights per week between Singapore and Vietnam's Hanoi and Ho Chi Minh City. From June 1, it will open more direct flights from Singapore to Phu Quoc, Da Nang and Nha Trang.

Travelers are allowed to exchange tickets for free of charge if they unfortunately contract Covid-19 and cannot depart as planned. 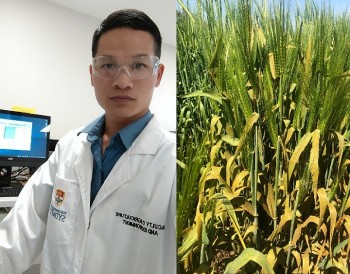 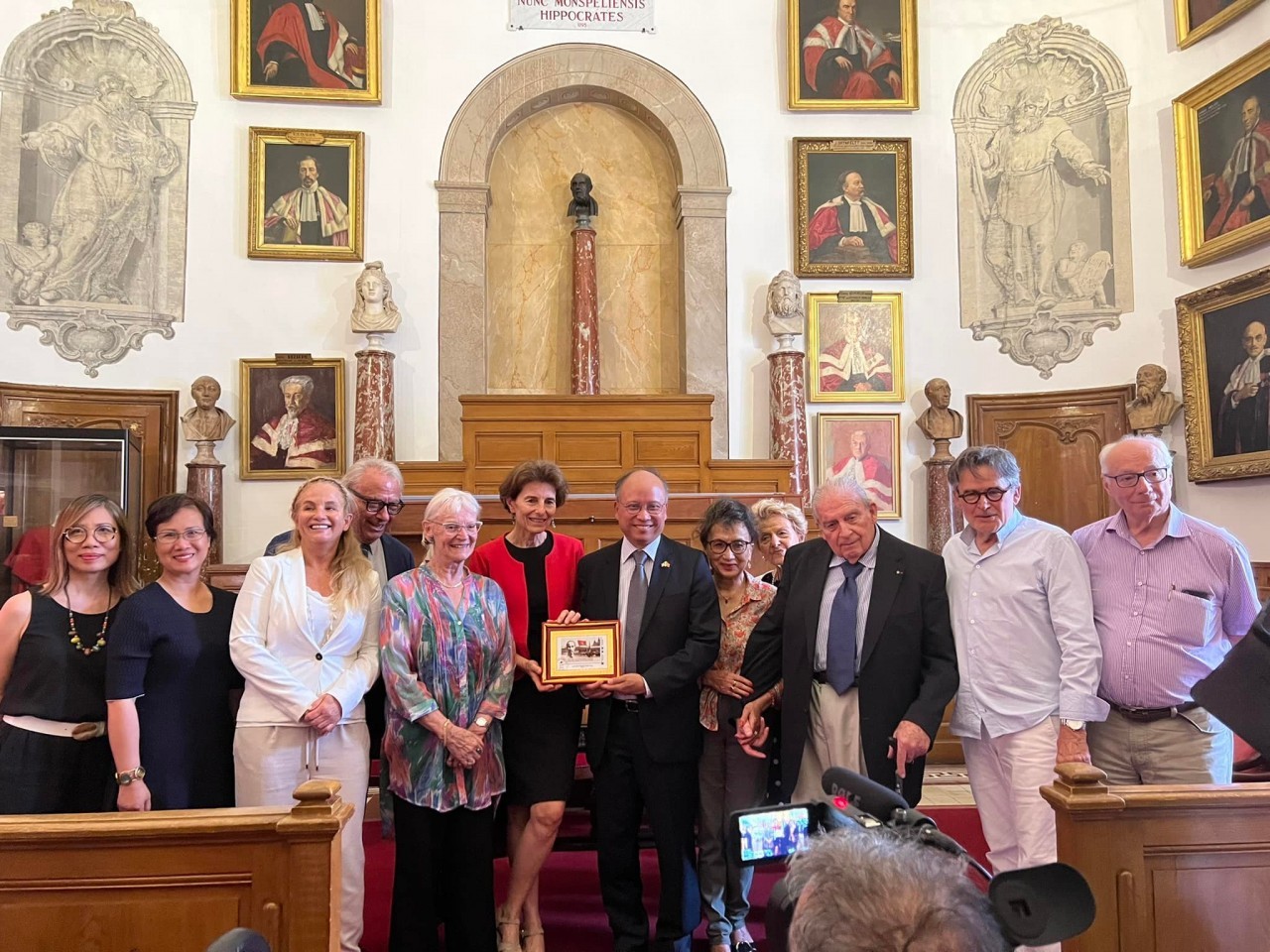