The three localities with the highest number of new cases were Ho Chi Minh City with 1,165 cases, An Giang with 660 cases and Binh Duong with 616 cases.

Of the day's tally, 3,950 cases were detected in the community.

The average number of new cases in the country for the past seven days has been 8,341 a day while the national death rate has been 84 a day on average.

Over 64.5 million people have been vaccinated, with more than 35.3 million receiving two doses.

All AFF Cup matches to be broadcast live in Vietnam

Vietnam Television (VTV) has signed an agreement with Next Media Solutions JSC to air every match of the AFF Cup 2020 live.

Next Media earlier secured exclusive ownership of the broadcast rights of the AFF Cup in Vietnam, Myanmar, Laos, and Cambodia.

In Vietnam, domestic fans will be able to watch live broadcasts of all matches on VTV5 and VTV6.

To meet the needs of TV viewers from across the country, the two channels have been granted the broadcast rights to TV stations nationwide if required, according to VOV.

Singapore will play host to the AFF Cup 2020 after it has met all requirements set by the ASEAN Football Federation (AFF). The island state duly fulfilled all of the criteria, including receiving the Government’s permission, having a detailed pandemic response plan, convenience of travel, and risk insurance if the event is canceled.

First established in 1996, the largest Southeast Asian football tournament was supposed to take place last year but was pushed back to later this year due to the Covid-19 pandemic. It is scheduled to last from December 5, 2021 to January 1, 2022.

Defending champions Vietnam have been drawn in Group B along with Malaysia, Indonesia, Cambodia, and Laos. Meanwhile, Group A consists of Thailand, the Philippines, Myanmar, Singapore, and Timor-Leste.

Vietnam has planned to expand locations in its pilot scheme to welcome back vaccinated visitors from overseas in early 2022, according to Nguyen Trung Khanh, director general of the Vietnam National Administration of Tourism (VNAT).

Destinations will be expanded in early 2022, and localities that meet conditions will be considered for allowing international tourists, Khanh said at a recent roundtable discussion to examine localities’ preparations for receiving holiday-makers.

Khanh said the tourism sector is actively implementing the Government’s Resolution 128 on safe and flexible adaptation to and effective control of Covid-19.

“Besides receiving domestic holiday-makers, Vietnam is reopening the door to international visitors to some localities, and moving towards fully reopening international tourism market,” said the official.

According to Khanh, safety will be given top priority and localities have been required to have plans to “handle incidents so that any problems that arise can be quickly resolved”.

He cited information from airlines, saying there will be incoming flights from international markets such as the Republic of Korea, Japan, Taiwan (China) and Thailand to selected pilot destinations in Vietnam in the near future.

In his opinion, vaccination is the most important factor in Covid-19 prevention, and safe tourism development must go hand in hand with economic development.

“Travel businesses understand this best, therefore they must ensure safety for their employees and customers. We have to trust businesses. Businesses are allowed to operate as soon as they meet conditions,” said Binh.

Vietnam has closed its borders to combat the Covid-19 pandemic since late April 2020. The move has dealt a heavy blow to economic development, including the tourism sector that makes up approximately 10% of Vietnam’s gross domestic product.

The Government has recently approved the VNAT’s proposal to implement a pilot scheme to allow foreign travelers to destinations in Kien Giang, Khanh Hoa, Quang Nam, Da Nang and Quang Ninh in the first phase in the last two months of 2021.

Kien Giang is scheduled to welcome a flight from the Republic of Korea on November 20 to bring approximately 250 vaccinated visitors to its Phu Quoc island resort.

The roadmap to welcome foreign visitors will be rolled out in three phases, with the first one running from now until November 30 and the second one between December 1 and January 31, 2022.

Chairman of the Hoi An People’ Committee Nguyen Van Son said to welcome the visitors, a 50 percent discount is offered for sightseeing tickets to the ancient town and traditional craft villages.

All workers at tourist sites have been fully vaccinated against Covid-19, he added.

Director of the My Son Sanctuary’s management board Phan Ho said the site has devised various events and new products to serve tourists. Preventive measures have been in place to ensure visitors’ experience and safety, cited VNA.

Deputy Director of the provincial Department of Culture, Sports and Tourism Le Ngoc Tuong said more than 400 foreign tourists are expected to arrive in the province on November 17-18, signaling the start of the tourism sector's recovery roadmap in the new normal.

Park Hang-seo said Vietnam have performed well in the final round of World Cup qualifiers and hoped the team would have a good result against Saudi Arabia.

"It’s quite a tough game tomorrow. We all know Saudi Arabia are topping the group. It will be really difficult for Vietnam, but we have performed well in the past games. Hopefully, we will keep it up tomorrow and earn our first point in the final round of World Cup qualifiers," Park said in the pre-match press conference Monday.

Vietnam are at the bottom of group B after five consecutive defeats. On Tuesday, the team will play Saudi Arabia in Hanoi's My Dinh National Stadium. In September, the two teams clashed in Saudi Arabia, with Vietnam losing 1-3 despite scoring first, VnExpress reported.

"The team have tried their best in the past games, but the results were not as we expected. In this game, Vietnam will continue putting in more efforts to get a better result, which is at least getting a point," Park added.

Five losses in a row have affected the players mentally and Park knows it. 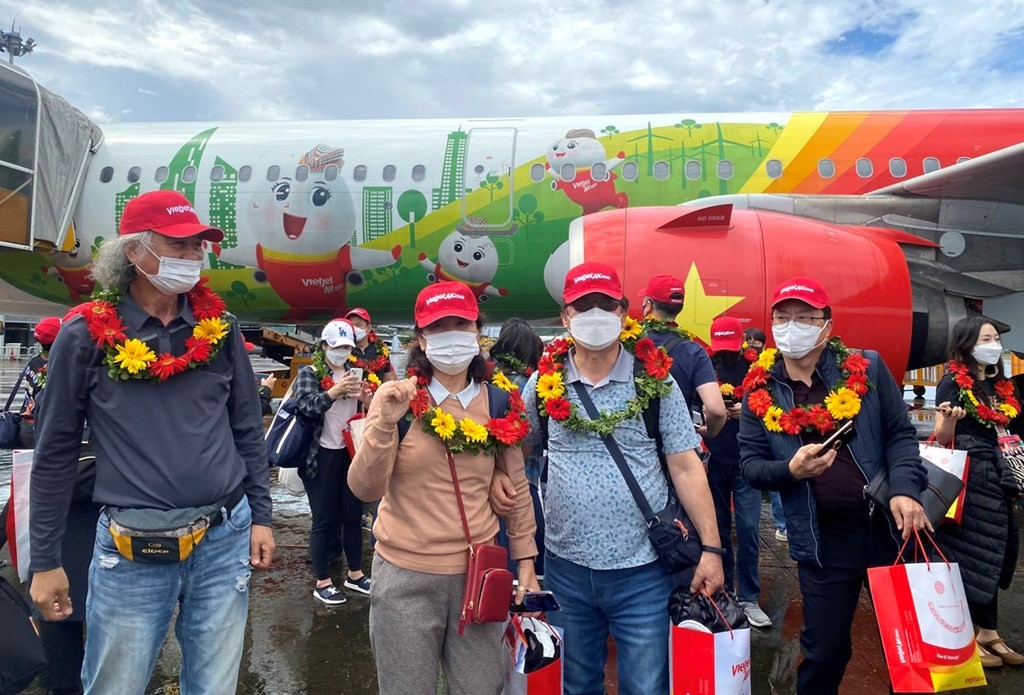