Vietnamese Ministry of National Defence expressed his belief that the Cambodian MoD will successfully fulfill its role in 2002.

An official of the Ministry of National Defence (MoD) has affirmed the ministry’s support for its Cambodian counterpart’s chairmanship of the ASEAN Defence Ministers’ Meeting (ADMM) and ADMM Plus in 2022, according to the Quan Doi Nhan Dan.

Lt. Gen. Lay Chenda, Deputy Director-General of the Cambodian MoD’s General Department of Policy and Foreign Affairs and head of the ASEAN Defence Senior Officials’ Meeting Working Group (ADSOM WG) of Cambodia, had a virtual consultation on January 6 with Col. Vu Van Thanh, Director of the Vietnamese MoD’s Department of Foreign Affairs and head of the ADSOM WG of Vietnam.

He also consulted with the Vietnamese side about the draft documents built by the Cambodia MoD.

Highlighting the Vietnamese ministry’s support, Văn expressed his belief that the Cambodian MoD will successfully fulfill its role in 2002, thereby further contributing to the solidarity and collective strength of ASEAN to flexibly and proactively respond to security challenges in the region.

He lauded efforts by the Cambodian side in drafting documents, noting that he hopes the draft joint statements of the 16th ADMM and 9th ADMM Plus will fully reflect the issues of common concern in the region as shown in previous joint statements.

Van also made comments on the Cambodian MoD’s new initiatives for the ADMM and ADMM Plus in 2022.

On this occasion, the official announced the implementation plan for Vietnam’s initiative to place the ASEAN flag beside the national flags of ASEAN countries at their military units joining the UN peacekeeping operations this year. 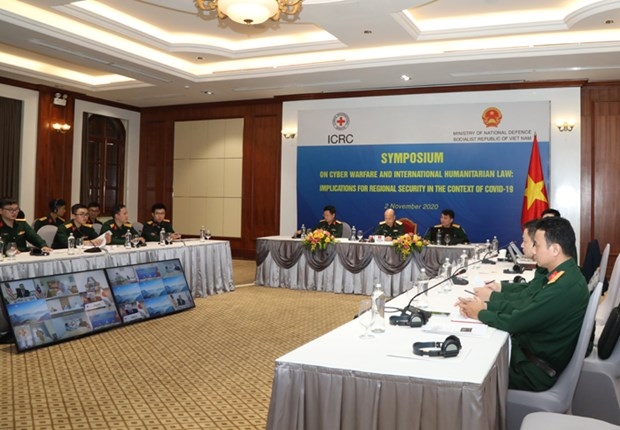 The Vietnamese Ministry of Defence commits to actively and responsibly taking part in ASEAN’s defense cooperation mechanisms in the field of cyber security to prevent cyber attacks, violations of national sovereignty of countries on the cyberspace, and cyber warfare.
November 04, 2020 | 08:25 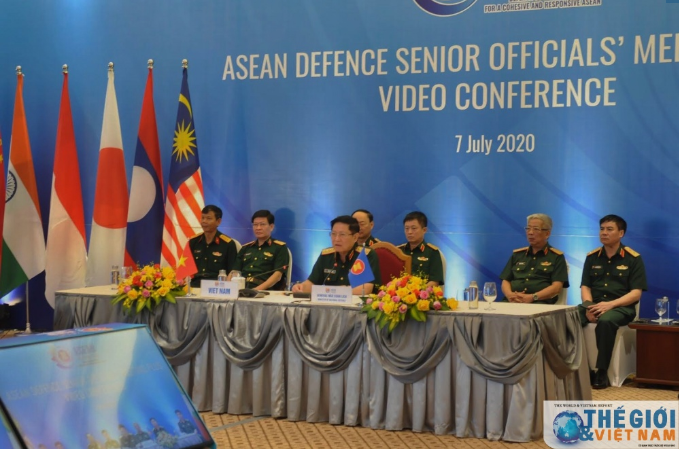 The Ministry of National Defence held a video conference of the ASEAN Defence Senior Officials’ Meeting Plus Working Group (ADSOM+ WG) in Hanoi on June 30.
July 07, 2020 | 16:45 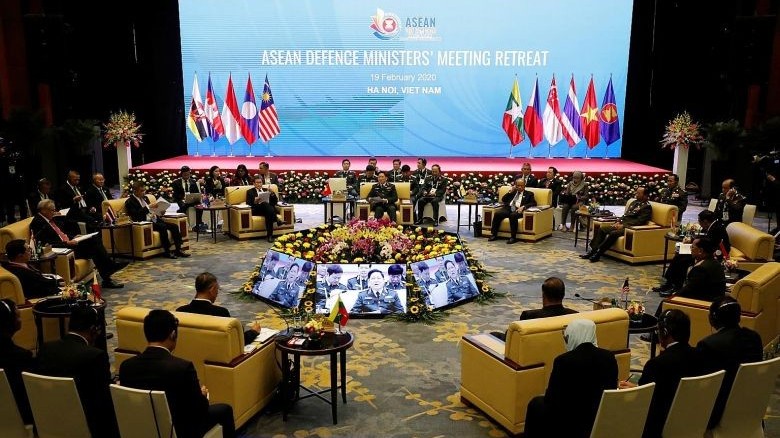 ASEAN ministers pledge to work together to manage outbreaks