During his online talks with Japanese Prime Minister Suga Yoshihide, President Phuc expressed his hope that the Vietnamese and Japanese economies will be connected more effectively, in combination with green, digital transformation.

Phuc rejoiced at the strong, comprehensive development of the Vietnam-Japan extensive strategic partnership with high political trust, according to VNA.

He praised Suga’s contributions to the bilateral ties, as well as his good sentiments towards the land and people of Vietnam, saying the Japanese PM had selected Vietnam for his first overseas trip after taking office last October.

Phuc thanked the Japanese government and people for their support to Vietnam in the pandemic fight, with the latest donation batch of 400,000 vaccine doses announced recently, raising Japan’s total vaccine donations to Vietnam to 3.58 million doses.

He also used the occasion to thank Japan for assisting nearly 450,000 Vietnamese in the host country, and called for more Japanese support in the pandemic combat.

Sharing difficulties to Japanese firms conducting business in the country, Phuc said Vietnam will continue to accompany them, remove obstacles to their production and business, and maintain supply chains.

He congratulated Japan on its successful organisation of the 2020 Tokyo Olympic Games and Paralympic Games, which have become a symbol of solidarity amid Covid.

For his part, Suga highlighted Phuc’s attention to the Vietnam-Japan friendship over the past time, and recalled the Vietnamese leader’s warm reception during his trip last year.

Japan will further assist Vietnam in the pandemic fight, he affirmed, expressing his thanks to the Vietnamese side for vaccinating Japanese citizens in the country, and its support to Japanese enterprises.

Suga also praised the Vietnamese sport delegation’s participation in the 2020 Tokyo Olympic Games and Paralympic Games, contributing to the success of the events.

After Vietnam and Japan established diplomatic ties on September 21, 1973, the bilateral relationship has experienced rapid development over the past years.

The Vietnam-Japan relationship is now at its best since the establishment of the diplomatic ties, with high mutual trust.

After 48 years of diplomatic relations, the two countries have become the most reliable partners based on mutual understanding, equal cooperation and common interest. Under the leadership of Japanese Prime Minister Suga Yoshihide, Japan-Vietnam relations are developing.

Among the 136 countries and territories investing in Vietnam, Japan is the largest official development aid (ODA) provider, with USD 28 billion in non-refundable aid and loans. In the first six months of this year, Japanese investment in Vietnam reached USD 2.44 billion . With 4,900 projects totaling USD 63.1 billion in capital being implemented in Vietnam, Japan has become the second largest investor in the Southeast Asian country.

This week also saw the official visit of Japanese Defence Minister Kishi Nobuo to Vietnam on Sep.10-12 at the invitation of his Vietnamese counterpart, General Phan Van Giang.

The two ministers also exchanged ideas on the orientations for the Vietnam-Japan defence cooperation in the new period and welcomed the signing of the agreement on the transfer of defence technology and equipment.

They agreed that the two sides will closely collaborate in the implementation of programmes within multilateral and regional mechanisms, and actively push cooperation activities to make active contributions to peace, stability and development in the region and the world over. 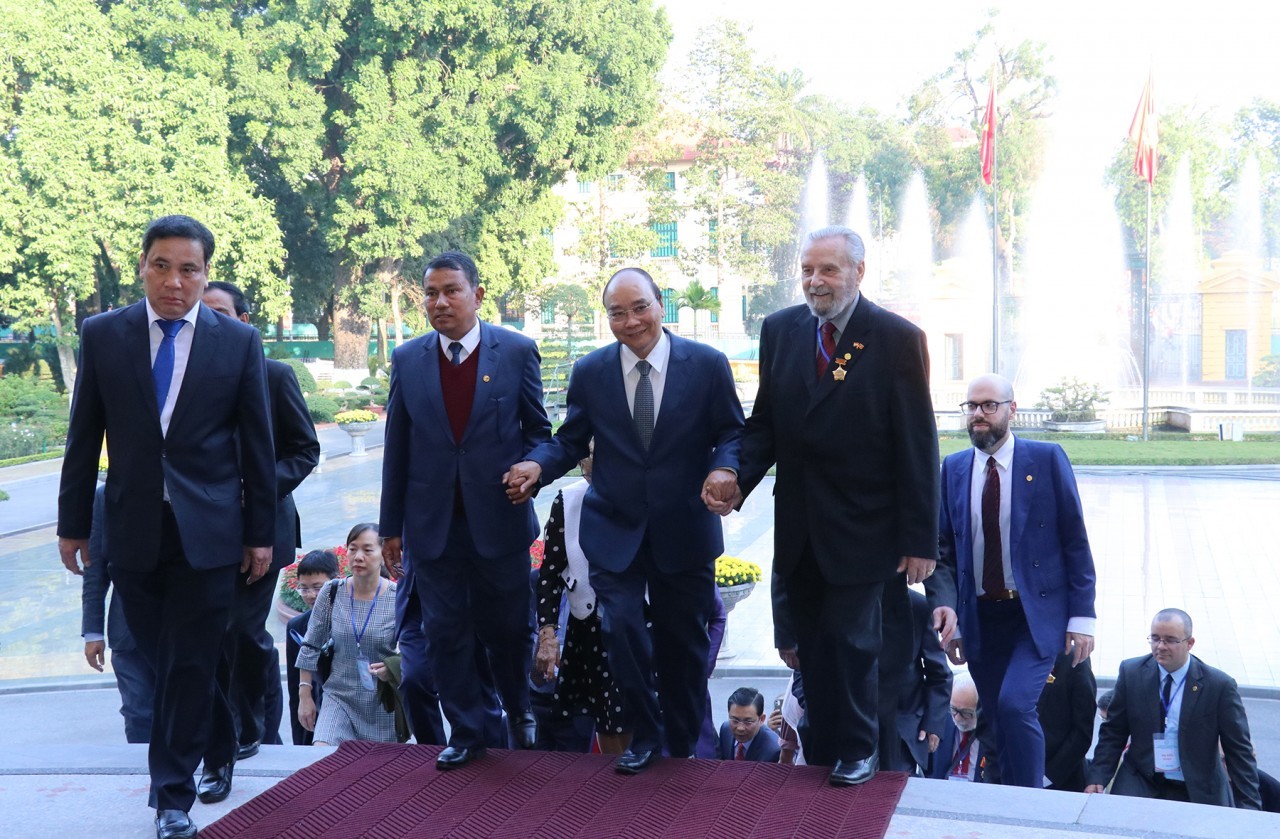 President Nguyen Xuan Phuc emphasized the above message at a meeting with international delegations and friends visiting Vietnam to celebrate the 50th anniversary of the signing of the Paris Peace Accords on ending the war and restoring peace in Vietnam (January 27, 1973 - January 27, 2023). The meeting took place on January 13 in Hanoi.
January 16, 2023 | 08:14