Vietnam was delisted as developing nation no big deal

"Vietnam - a developing nation - was anticipated and will affect neither existing countervailing duties levied nor its WTO benefits"  experts say according to the  U.S's declassification.

"Although the U.S.’s move means Vietnam will stop receiving some preferential treatment it had enjoyed while it was considered a developing nation, this is something that has been anticipated, as this is part of Vietnam’s commitment to integrate deeper into the global supply chain," economist Can Van Luc told VnExpress International.

"It is unlikely exports to the U.S. will fall at all, as Vietnam’s exports to the economy in recent times have complied with U.S. standards. However, Vietnam will need to be more careful to avoid anti-dumping and anti-subsidy investigations, given exports of products like steel, footwear, agricultural produce to the U.S. have been doing very well in the past few years," Luc said.

On February 10, the U.S. removed Vietnam and 24 other markets including China, Brazil, South Korea, Malaysia and Singapore from its internal list of developing countries enjoying special trade preferences regarding countervailing duties (CVD).

"For purposes of US CVD law, the United States Trade Representative (USTR) therefore considers countries with a share of 0.5 percent or more of world trade to be developed countries," the USTR said in a federal notice.

This allows the U.S. to reduce the threshold for triggering a U.S. investigation into whether these nations are harming U.S. industries with unfairly subsidized exports.

Under World Trade Organization (WTO) rules, governments are required to terminate their CVD investigations if the amount of foreign subsidy is de minimis, or less than 1 percent of the value of goods.

But it provides a different standard for countries considered developing nations, and requires investigators to terminate duty investigations if the amount of subsidy is less than 2 percent ad valorem.

Le Trieu Dung, head of the Trade Remedies Department under the Ministry of Industry and Trade, said the U.S.’s latest move would have "no tangible effect," as it had already found Vietnam to have applied subsidies of above 2 percent to goods in all of its last seven CVD investigations.

"The decision will only affect Vietnam in the long run if the U.S. conducts further CVD investigations on its exports, and finds that subsidies applied is less than 2 percent ad valorem," Dung said.

In any case, Vietnam’s developing country status within the framework of the WTO remains unchanged, the Ministry of Industry and Trade (MoIT) said in a statement.

One of the greatest flexibilities that Vietnam still enjoys is the WTO’s Generalized System of Preferences (GSP), whereby developed countries offer non-reciprocal preferential treatment (such as zero or low duties on imports) to products originating in developing countries, the ministry said.

Vietnam not a specific target

"This move by the Trump administration should be interpreted in the context of its overall trade policy, which has exhibited two chief characteristics. One is an overall hawkishness and toughness, based on the administration's assertion that other countries have taken unfair advantage of the U.S. in trade."

This is a mercantile approach that reflects Donald Trump's view that there are always winners and losers, more so than mutually beneficial arrangements having to do with trade or anything else, he said.

Trump’s administration has also shown disdain for multilateral agreements and organizations and a preference for bilateral deals, so it is no surprise that it is acting unilaterally in coming up with its own list of developing and developed countries rather than just accepting the one that is registered with the WTO, he said.

"This latest action by the U.S. is not aimed specifically at Vietnam. It is just one country on a long list of countries that are affected by a move that the Trump administration is making for more general reasons."

"All that Vietnam can do in response is to bargain hard with the U.S. in all future bilateral trade negotiations. It is such negotiations, more so than Vietnam's place or absence on the lists just published, that will shape Vietnam's trade relations with the U.S.," Pillar said.

Concurring with this analysis, economist Can Van Luc said that while some industries could be hurt because of U.S. duties, the Vietnamese government can still make bilateral agreements to protect local manufacturers.

"Vietnam might need to conduct trade negotiations with the U.S. on specific industries to minimize the impacts of higher tariffs," he added.

The U.S. was Vietnam’s biggest export market last year, accounting for $60.7 billion or 23 percent of total export turnover, according to the General Statistics Office. 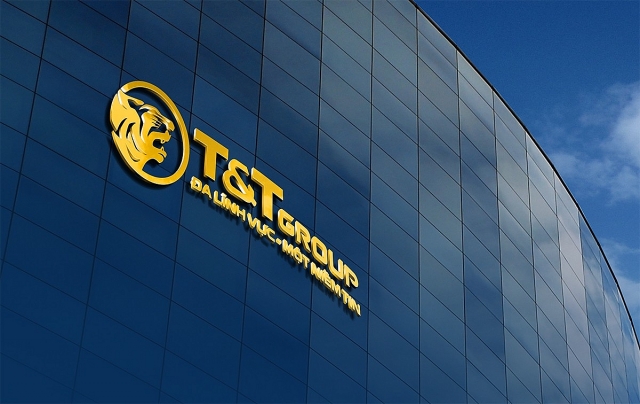 On March 31, a business of online work in T&T Group run by the business man Do Quang Hien (well-known for the name Hien Coach) signed a US $ 115 mil contract of agricultural import with a US partner. Mostly imported agricutural products are raw material for feed production which surged its price due to unstoppable Covid-19 pandemic's impact.
April 01, 2020 | 11:41

Vietnam continues to be one of the 10 countries receiving the most significant amount of remittance in the world, according to the latest report on migration and development conducted by the World Bank (WB) and the Global Knowledge Partnership on Migration and Development (KNOMAD).
January 30, 2023 | 07:00
Phiên bản di động