Foreign affairs and international integration have been furthered by the Party, State and the whole political system.
Rosie Nguyen
[email protected] December 15, 2021 | 15:40

At the National Conference on Foreign Affairs, Politburo member and Deputy Prime Minister Pham Binh Minh presented a report on the achievements in foreign affairs of the Party and State, focusing on the past 5 years (2016 - 2021), thereby learning from experience, determining orientations and priority tasks to successfully implement the foreign policy of the 13th Party Congress.

These results have created the most favorable foreign position for our country, contributing to preserving a peaceful and stable environment, protecting territorial sovereignty and national interests. It also promotes economic and trade cooperation, takes advantage of resources for development.

Party diplomacy has contributed to creating the political foundation and overall orientation for stabilizing, expanding and tightening bilateral relations with other countries and partners. That contributes to increasing the position and prestige of our Party in the international arena, raising the correct international awareness of the Party's leadership role.

Foreign affairs activities have been synchronously deployed on all channels, contributing to increasing understanding, cultivating friendship, consolidating a sustainable foundation and a common favorable political environment for the relationship between Vietnam and partners.

During the Covid-19 pandemic, Vietnam has drastically, promptly and effectively implemented medical/vaccine diplomacy on both bilateral and multilateral channels. Up to now, Vietnam has received over 151 million doses of vaccine, reaching 100% of the set target, making an important contribution to effective pandemic prevention and control along with socio-economic recovery and development.

Foreign affairs have made an important contribution to national defense and security in fulfilling the task of maintaining sovereignty, territorial integrity, a peaceful and stable environment for the development of the country.

Vietnam has signed and well-implemented border management agreements with China; completed the work of increasing and embellishing border landmarks with Laos; signed two documents recognizing 84% of the achievement of demarcation with Cambodia.

Foreign affairs have also done a good job of researching, forecasting and advising the Party and State, contributing to timely handling of complex situations, traditional and non-traditional security challenges, including the Covid-19 pandemic.

Up to now, Vietnam has joined and signed more than 80 multilateral international treaties; has been a member of more than 70 regional and global multilateral organizations and forums; has been participating in the building of the ASEAN Community, playing an important role in consolidating intra-regional solidarity and promoting ASEAN's relations with partners.

The report assesses that, in general, countries appreciate and expect Vietnam to play a larger role in global and regional multilateral mechanisms.

Attracting resources from outside to develop the country

Up to now, Vietnam has had trade relations with 224 markets and partners; 71 countries have recognized Vietnam's market economy status. With a network of 15 signed FTAs, Vietnam is one of the few countries participating in most of the important economic links, in which the markets where Vietnam has FTAs ​​have good export growth.

The FTA network also deepens Vietnam's participation and the country becomes an important link in the regional and global value and supply chains. Thanks to extensive economic links, in 2021, despite the world economy's difficulties, Vietnam's trade turnover still surpassed US$600 billion. Foreign investment capital signed since the beginning of the Renovation (Doi Moi) process has reached about US$400 billion.

Cultural diplomacy and foreign information make an important contribution to raising the position and promoting the image of the country and the people of Vietnam.

Vietnam has been recognized by UNESCO with 44 titles/heritage (including 11 heritages in the past 5 years), creating more resources for the socio-economic development of localities, enhancing national image and brand.

Citizen protection has been implemented synchronously and effectively, promptly handling many unprecedented emergency and complicated situations to protect the legitimate rights and interests of Vietnamese citizens.

Mechanisms and policies related to overseas Vietnamese have been improved, thereby attracting a large amount of overseas resources for the development of the country. The policies include supporting businesses, intellectuals, overseas youth to start-up; improving the legal status for overseas Vietnamese, creating favorable conditions for them to live, study and work.

Synchronous deployment on all pillars

Foreign affairs have always been watched and directed by the Party and State; as well as receiving the attention and support of both the political system and the people. External relations activities of the Party, State, and people-to-people diplomacy have been implemented, become synchronous, effective, and closely linked.

Awareness and thinking about foreign affairs are enhanced and constantly renewed. Mechanisms and policies on international integration are increasingly perfected, creating a foundation and favorable conditions for foreign affairs work of all levels and sectors, from the central to local levels, as well as for the activities of representative agencies.

Foreign affairs have successfully completed the following tasks: Promoting the pioneering role in maintaining a peaceful and stable environment, protecting sovereignty, territorial integrity and national interests; promoting comprehensive and extensive international integration; mobilizing resources from outside to serve socio-economic development, promoting industrialization and modernization of the country; improving Vietnam's position and prestige in the world. 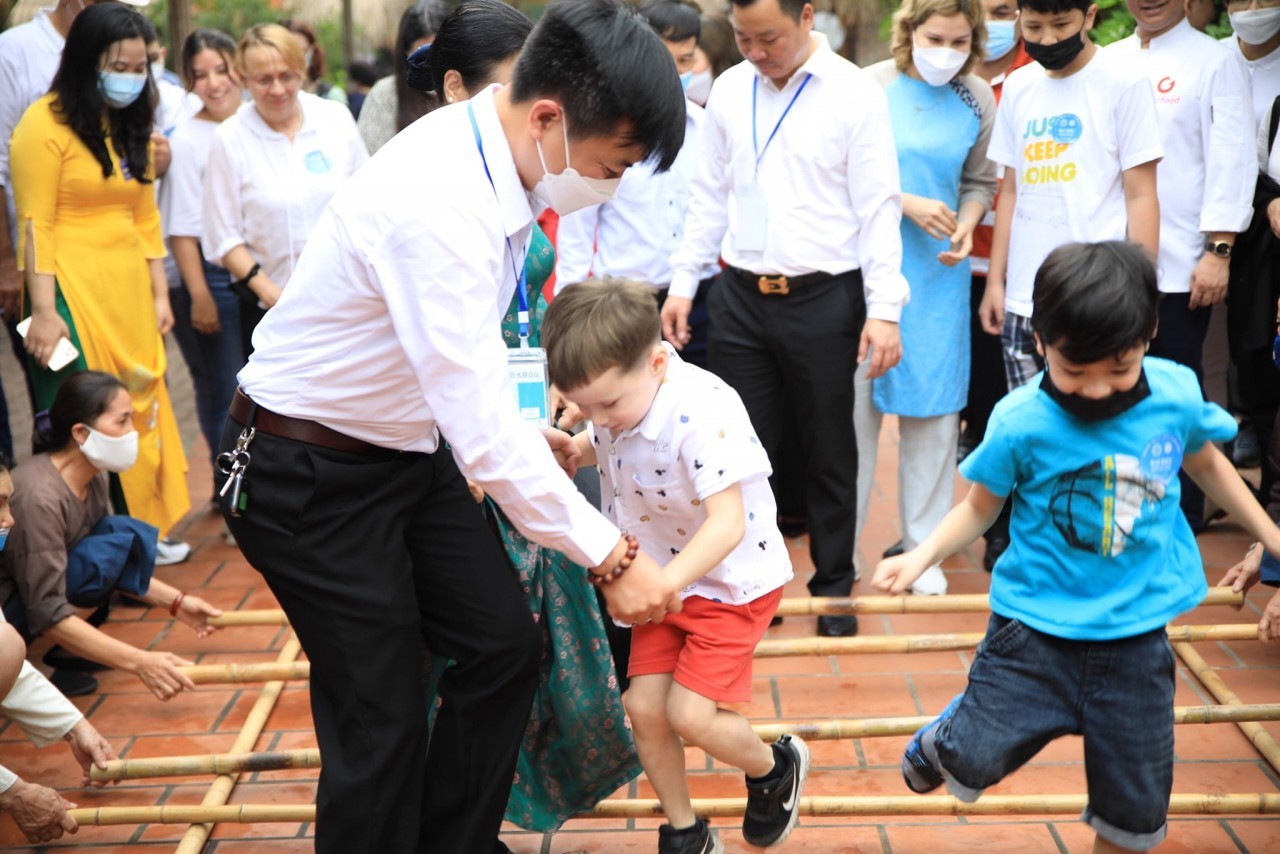 For 25 years, the "Friendship Journey" organized by the Hanoi Union of Friendship Organizations (HAUFO) has offered detailed insight to Vietnamese culture for foreign diplomats.
June 25, 2022 | 09:18