Viet Nam's tourism industry expects to earn significant profits during the upcoming six-day holiday at the end of April.

Viet Nam's tourism industry expects to earn significant profits during the upcoming six-day holiday at the end of April.

According to Ha Noi travel agencies, there is considerable persity in the types of tours being booked by travellers in terms of duration, location, and others.

Hoang Phuong Anh, the Deputy Head of the local tours pision at the Asian-Pacific Travel Company, said that even though the holiday was more than a month away, the company was already seeing a strong increase in bookings. The April 30 holiday could provide a substantial boost to the tourist season this year, Anh added.

Pham Bich Ngoc, head of the retail pision at the Vietrantour travel agency, said current reservations indicated that the company would serve roughly 3,000 customers during the April 30 holiday, a 50 per cent increase from 2014.

Ngoc noted that all the tours offered by the company to Southeast Asian countries had already been booked and revealed that Vietrantour was already working with airlines to boost ticket availability for 2016, as demand is expected to rise sharply.

Despite an expected increase in tourist volume, according to travel agencies, tour prices will remain unchanged or even drop by 20 to 25 per cent from last year./. 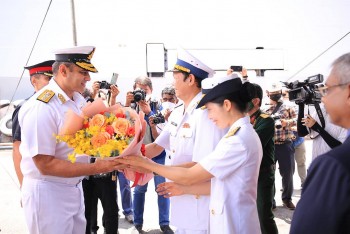