Chief executives from several US tech companies met with President Donald Trump on Jul 22 and expressed "strong support" for policies restricting the use of products from Chinese telecom giant Huawei, according to the White House.

Washington accuses Huawei of working directly with the Chinese government and its intelligence services, which it says could pose security risks - claims the company denies.

In May, Trump hit Huawei with an executive order that effectively banned it from trading with any US companies, although a temporary license was issued shortly after.

At the meeting were Sundar Pichai of Google, Chuck Robbins, of Cisco, Robert Swan of Intel, Sanjay Mehrotra of Micron, Stephen Milligan of Western Digital Corporation, Steven Mollenkopf of Qualcomm, and Hock Tan of Broadcom.

"They requested timely licensing decisions from the Department of Commerce, and the president agreed. The group was also optimistic about United States 5G innovation and deployments," the statement read.

Huawei - a leader in next-generation 5G wireless technology - is barred from developing such networks in the United States.

President Trump has put Huawei on its so-called entity list, which meant US companies needed a license to supply US technology to the Chinese firm.

Washington has been pressuring its allies to avoid using Huawei for deployment of 5G wireless.

The Post, citing internal documents it obtained and people familiar with the arrangement, said Huawei has partnered with a Chinese firm Panda International Information Technology on projects in North Korea over at least eight years.

By doing so Huawei, which has used US technology in its components, may have violated US controls on exports to the isolated North Korea regime./. 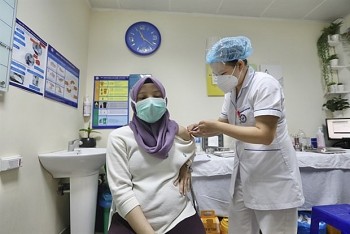 NEW YORK, US - News Direct - 15 September 2021 - Stagwell (NASDAQ: STGW) agencies Assembly and ForwardPMX today announced that they are uniting as one organization, operating under the name Assembly globally.
September 15, 2021 | 20:00

SINGAPORE - Media OutReach - 15 September 2021 - Carousell Group, the leading classifieds group in Greater Southeast Asia, today announced that it has secured an investment of US$100 million to accelerate its leadership in the region, and to reimagine the classifieds experience with a focus on convenience and trust, to make secondhand the first choice.
September 15, 2021 | 16:45 The plan to restore the domestic air transport market, developed by the Civil Aviation Authority of Vietnam (CAAV), has been divided into three phases
September 15, 2021 | 13:32
Phiên bản di động