Community: XA Network is the leading tech executives' investment network with members from a wide range of technology companies including Alibaba, Gojek, Grab, Google, Amazon, Netflix and Twitter to invest in the Southeast Asia start-up community to help them scale.Opportunity: Southeast Asia's digital economy is set to grow 3x to $300b by 2025 as it becomes hub for startups Growth: XA Network has grown to 100 members in just 2 years, made 30 investments and have already had their first exit with Lomotif, Singapore's video-sharing service, acquisition for US$125 million. Two-fifths of the portfolio has already gone on to

SINGAPORE - News Direct - 20 April 2021 - The XA Network [the X denotes any tech firm with $1b+ valuation and the A refers to Alumni], the leading member-based investment network of executives from prominent tech firms in Southeast Asia, has today appointed an advisory board. The appointments signal the organisation's growth and reach, as the Southeast Asian digital economy proves resilient and is racing ahead at full velocity. 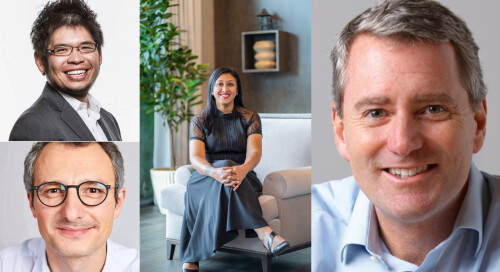 John Wood (ex-Microsoft, Room To Read), Steve Chen (co-founder of YouTube), Maya Hari (Twitter) and David Thevenon (Balderton Capital, ex-Google) have been appointed to advisory board positions. They will work directly with the members as the organisation scales and will champion the new purpose - to be an organisation that fosters inclusive innovation for the benefit of startups across Southeast Asia.

On his appointment,John Wood, advisory board member at XA Networkcommented: "I'm delighted to join this esteemed board to support and drive the ambitious community of investors. The XA Network brilliantly embodies Metcalfe's law – e.g., the value of a network rises exponentially as the number of users grows. I believe this generation of technology leaders, by working together to support the start-up ecosystem in Southeast Asia, will have an immense impact on the region. We are all very committed to the power of smart capital, intense mentoring and fuelling inclusive innovation. This approach resonates with me on many levels and I look forward to helping XA Network scale to the next level".

The XA Network is made up of 100 tech leaders from companies including Alibaba, Gojek, Grab, Google, Amazon, Netflix, YouTube amongst others. These investors offer an unmatched array of skills and counsel to their portfolio companies from engineering advice, product management, to marketing and partnership building experience. As a collective, this is embodied in their purpose to foster inclusive innovation beyond simply investing in startups. The XA Network exists to empower the tech community in Southeast Asia with its inclusive innovation approach.

The Southeast Asia digital economy is forging new ground every year1 and 2020 was no different, despite COVID-19. Over 70% of the region is now online, accounting for 400 million people (of a total population of 580 million). Digital adoption of consumer-service businesses increased as more people spent time online during lockdowns. HealthTech and EdTech based companies are earmarked to take-off in the coming years. Overall, the digital economy added USD $100 billion to the region and is poised to grow to over USD $300 billion by 2025.

The XA Network portfolio businesses are making a positive impact across the region such as Indonesian startups, Sampingan who enable access to the gig economy and Bukukas who enable small businesses to digitize their operations. Meanwhile, Singapore-based mentor platform Tigerhall is connecting the world's most successful people with young professionals.

Nellie Wartoft, CEO at Tigerhall commented: "We raised $2m in 2020, it was a huge milestone for the company but we had a lot to do. The XA Network members are some of the absolute most supportive investors I've ever had on my cap table. They're never afraid of rolling up their sleeves and doing real work either, which is rare to find amongst investors. They feel much more like an extended team than just financial investors to me, and have been key to Tigerhall's success."

The appointments come at an exciting time for XA Network as they achieved their first exit. Lomotif, Singapore's video-sharing service, was acquired by a syndicate for US$125 million. The deal is said to be one of the biggest exits by a tech startup in Singapore in recent years.

Notes to the editor

About the XA Network

The XA Network [the X denotes any tech firm with a $1b+ valuation and the A refers to Alumni] is an investment network comprising senior executives from prominent tech companies including Alibaba, Gojek, Grab, Google, Amazon, Netflix and Twitter amongst others.

Its mission is to invest and empower early-stage companies across Southeast Asia through their inclusive innovation approach, by exposing these businesses to the wide array of skills in the network. Since 2018, they have made 30 investments and expanded their member base to 100 people.

XA Network has invested in a wide variety of promising companies including Bukukas, Tigerhall, Sampingan, Neuron, and Infradigital as well as the Vertex Southeast Asia and India fund.

VinGroup's smartphones on the hunt before production halts