The launch of the South Australia-Vietnam Business Council comes as the two countries have just signed a strategy to strengthen economic ties
Rosie Nguyen
ngtrang12.ftu@gmail.com November 28, 2021 | 16:31

The South Australia-Vietnam Business Council was officially launched, opening a new trade connection channel for businesses of the two countries on Nov. 27.

The event takes place in the context of Vietnam and Australia just completing the signing of a strategy to strengthen economic ties, aiming to make the two countries become each other's top trading partners and double two-way investment.

Speaking at the event, Francis Wong, chairman of the South Australia-Vietnam Business Council said, as representative of Becamex IDC Group in Australia, he had many opportunities to visit and work in Vietnam.

He found that many entrepreneurs in South Australia wanted to learn about the Vietnamese market, but had not made the best use of opportunities.

Wong said that the trade-investment space between Australia and Vietnam still had many prospects. The strategy to strengthen economic cooperation will be the basis for promoting economic development between the two countries. The state of South Australia needs to quickly take advantage of this opportunity, as most other Australian states already have representative offices in Vietnam.

Wong predicts that in the next two years, the number of Australian businesses investing and doing business with Vietnam will increase significantly.

In order for businesses in South Australia not to miss the opportunity, Wong decided to create a trade connection between the two countries. The establishment of the South Australia-Vietnam Business Council will play a very important role, promoting the private sector in the state of South Australia, taking advantage of cooperation opportunities, and building strong relationships with the Vietnamese business community.

Although newly established, the South Australia-Vietnam Business Council currently has about 70 members, most of which are businesses in the state of South Australia, operating in a variety of trade and service sectors. The council expects to reach 200 members within the next 18 months.

In terms of goals and operational directions, members of the South Australia-Vietnam Business Council will support and share experiences and cooperate with Vietnamese businesses in Australia's strong areas, such as agriculture, fisheries, education and digital economy.

Attending the launch event of the South Australia-Vietnam Business Council, the Consulate General of Vietnam to New South Wales, Queensland and South Australia Nguyen Dang Thang welcomed the initiative and wished the council would making long-term contributions to the economic cooperation between Vietnam and Australia.

The Vietnamese Entrepreneurs Association in Sydney (VEAS), on Nov. 27, held a year-end meeting to summarize activities in 2021 and launch a new Executive Committee in term 2.

Despite facing many difficulties due to the impact of the Covid-19 pandemic, VEAS continued to maintain activities in cooperation, information sharing and business experience among member enterprises.

The association admitted many new members operating in many different fields, bringing the total number of members to nearly 70 enterprises.

Nguyen Minh Hoan, president of VEAS, expressed his belief that in the association would continue to grow, organize more activities to promote business cooperation opportunities between Vietnamese and Australian businesses, contribute to the success of the association and strengthen economic ties between the two countries. 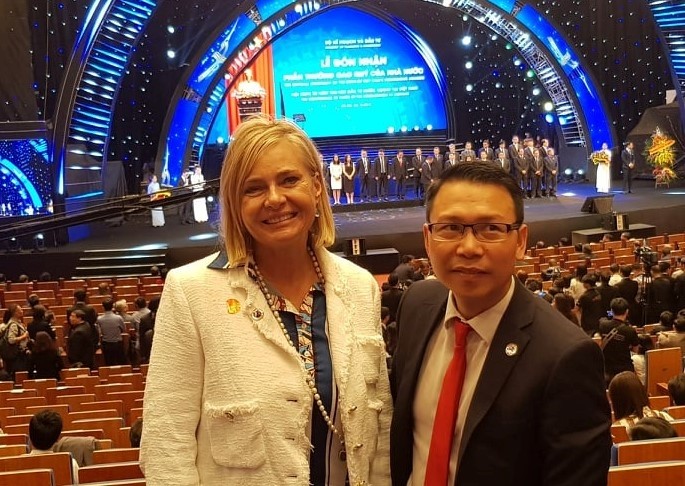 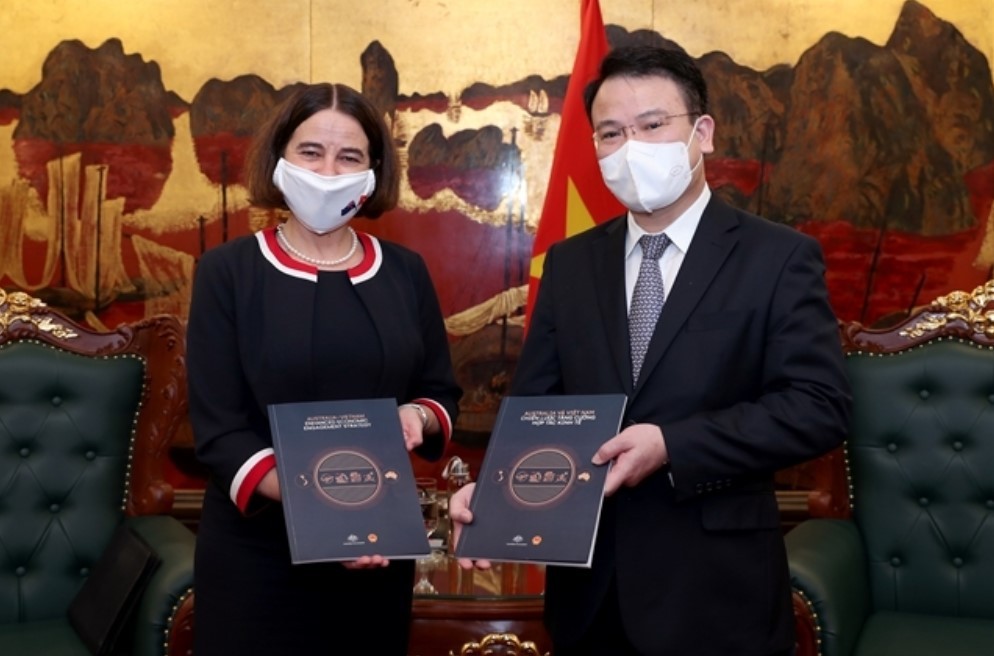 The Enhanced Economic Engagement Strategy between Vietnam and Australia was published on December 21. It shall set out a roadmap to boost bilateral trade and investment ties.
December 22, 2021 | 09:14