Nguyen Thuy Quynh is honored for a project on manufacturing fireproof materials to help protect buildings and construction from being destroyed by forest fires.
Valerie Mai
mnghonganh@gmail.com November 17, 2021 | 15:56

Nguyen Thuy Quynh, a Vietnamese lecturer at RMIT University in Australia has been named in The Australian’s 2021 Research magazine as Australia’s top researcher in composite materials for her project on manufacturing fireproof materials to help protect buildings and other constructions from being destroyed by forest fires, according to VNA.

"With degrees in chemical engineering and materials engineering from Vietnam universities, followed by a doctorate in civil engineering from the University of Melbourne, Thuy Quynh Nguyen was inspired to use her expertise to limit bushfire damage to Australia’s rural homes," said The Australia.

Within the framework of an independent research project, funded by the L'Oréal-UNESCO For Women in Science foundation, Quynh has successfully developed a kind of fireproof material that can be used to cover the walls of buildings, filling in any gaps in the building’s envelop.

The coating not only resists fire and helps reduce the heat but it is also sustainable as it is made from industrial and construction waste. The new material is expected to be commercially available on the Australian market within a year.

Talking about the idea behind this research project, Quynh said Australia is greatly affected by climate change.

The frequency and severity of bushfires have increased with climate change and they have become an increasing threat to lives, the environment, and people’s homes. While devastating, bushfires often move quickly, and a rural building may only have to resist the heat and flames for a short time until the danger passes, she says.

“That’s why I came up with the idea of having an additional coating on top of the existing infrastructure - so that we can buy some more time, extend the time that structure can withstand that fire intensity.”

The ceramic-like coating she is developing as a fire retardant will sit flush on the walls of buildings and provide a protective outer shell, filling in any gaps in the building’s envelope to both fireproof it and increase thermal efficiency. Made from industrial and construction waste that would otherwise be sent to landfills, the coating is also sustainable.

Nguyen Thuy Quynh, often known as Kate, graduated from Hanoi University of Science and Technology. 38-year-old Quynh came to Australia to work as a Ph.D. student in civil engineering at the University of Melbourne in 2011. Currently, she is the leader of a research group on fireproof materials and advanced construction systems at RMIT University. Quynh has already achieved success in reducing the heat and pressure needed to make the coating. Working with industry partners, she expects the fire-proof coating will be commercially available within a year. 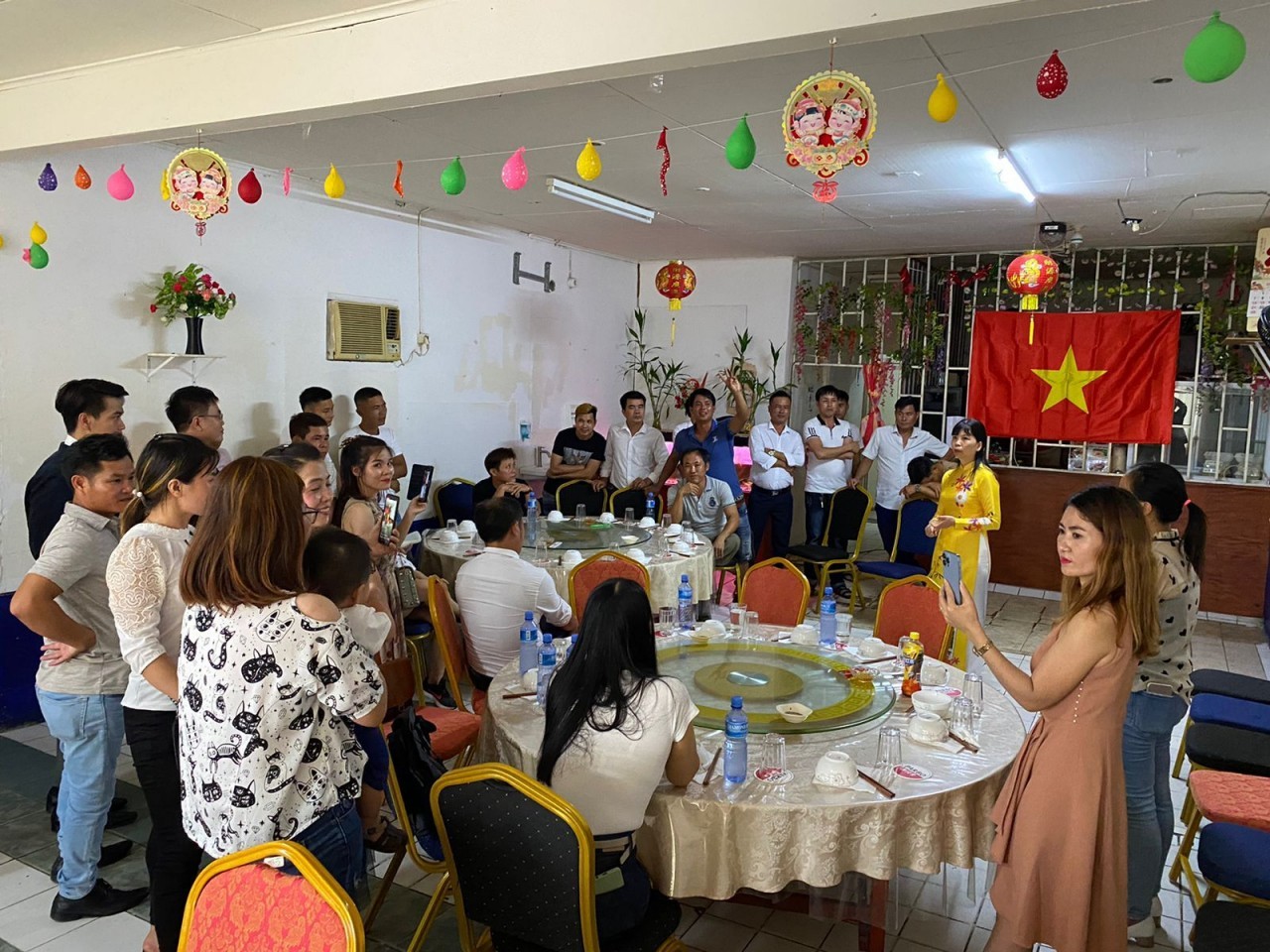 Meet the Vietnamese Community of Suriname

On the occasion of working in the Republic of Suriname, Vietnamese Ambassador to Brazil and Suriname Pham Thi Kim Hoa met the Vietnamese community living and working in Suriname.
November 17, 2021 | 16:22