The exhibition aims to introduce the world to the victories of two Southeast Asian nations in the fight for protecting peace, independence, unity, and territorial integrity.
Tracy Dao
June 23, 2022 | 18:06

On June 22, the Vietnam Military History Museum in collaboration with the Military Library held the opening ceremony of the exhibition "Vietnam - Cambodia solidarity and friendship" in Hanoi to celebrate the 55th anniversary of establishing diplomatic relations between Vietnam and Cambodia (June 24, 1967 - June 24, 2022).

The ceremony was attended by Lieutenant General Trinh Van Quyet, member of the Party Central Committee, member of the Central Military Commission, Deputy Director of the General Political Department of the Vietnam People's Army; Chay Navuth, Ambassador Extraordinary and Plenipotentiary of the Kingdom of Cambodia in Vietnam.

Speaking at the opening ceremony, the Director of the Vietnam Military History Museum Le Vu Huy said that 55 years ago, on June 24, 1967, Vietnam and Cambodia officially established diplomatic relations, marking a new history in the relations between the two countries.

The exhibition aims to educate the public and government officials about the values and historical significance of the victories of two nations in the fight for protecting peace, independence, unity, and territorial integrity. Thereby, contributing to preserving, consolidating and tightening solidarity, promoting the traditional friendship between Vietnam and Cambodia.

The exhibition includes 2 themes: “Solidarity is the sticking glue”, and “Cooperation for mutual development”.

“Solidarity is the sticking glue” theme: Solidarity to fight against a common enemy (1945-1975 period): Display and introduce typical images, documents, and artifacts reflecting the solidarity and cohesion between the Party, State, Army, and people of the two countries Vietnam - Cambodia in the cause of national liberation.

Love and affection for each other (1975-1989 period): Display and introduce typical images, documents, and artifacts reflecting the wise leadership of the Party and State towards the Army and the people of Vietnam in the fight against the genocidal group of Pol Pot - Ieng Sary (1975-1979) and the pure international spirit, ready to sacrifice of the Vietnamese Volunteers to help the country and people of Cambodia recover (1979-1989).

“Cooperation for mutual development” theme: Display and introduce typical images, documents, and artifacts reflecting continuity, innovation, deepening, practicality and high efficiency in the traditional friendship and cooperation between Vietnam and Cambodia in all fields; in which defense and security are key areas of cooperation in the current context.

The images and documents introduced at the exhibition are kept at the Vietnam Military History Museum, including newly collected artifacts introduced for the first time such as the Gold Star Medal of the Vietnamese experts that supported the Cambodian revolution in the period 1979-1989.

The exhibition lasts until July 4, 2022, at the Vietnam Military History Museum at the address 28A Dien Bien Phu, Ba Dinh, Hanoi. 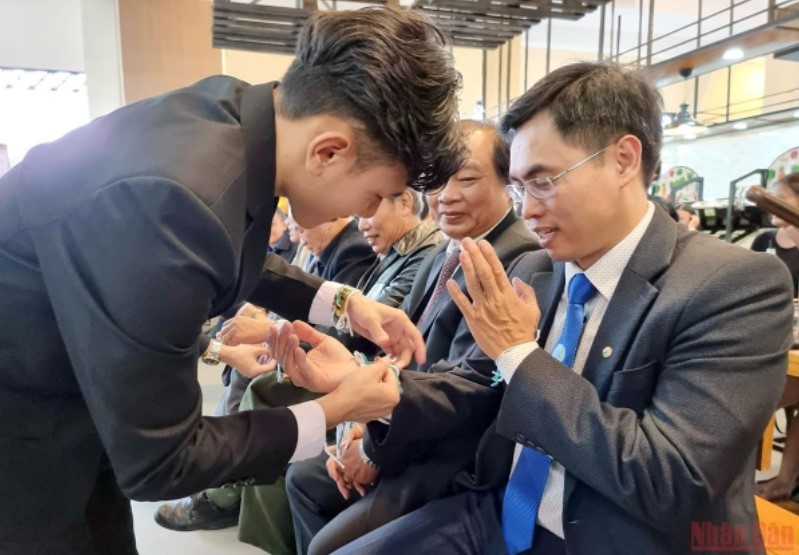