Inspired either by Vietnamese art or the people themselves, foreign authors often find inspiration in the S-shaped nation.
Rosie Nguyen
ngtrang12.ftu@gmail.com December 02, 2021 | 16:09

French author Léopold Cadière writes about the land of Hue through two special books named L'art à Hué. Meanwhile, many years of living in Ho Chi Minh City have led author Park Ji Hon (Korean businessman) to write about him living in the middle of Saigon.

Choosing the land of Saigon as a settlement for the past decade, French photographer Alexandre Garel also recorded the architectural beauty and unique features of Vietnamese culture through two books published by The Gioi Publishers, including: Southern Vietnamese Modernist Architecture and Saigon: Portrait of a City.

Park Ji Hoon - businessman, architect and illustrator - has been working in Ho Chi Minh City since 2007. He is in charge of a column in Hello Vietnam magazine for Korean expatriates.

"Park Tien Sinh Song Giua Sai Gon" (Mr. Park Lives In Saigon) was introduced to Vietnamese readers in September, recording his impressions and feelings about Ho Chi Minh City. In the book, the image of Vietnamese people is conveyed through a witty voice, accompanied by illustrations.

The book consists of four sections: Saigon, entering a strange city; Saigon, walking among the people; Saigon, a similar but different world; Saigon, knowledge to live together.

As a person entering a strange city for the first time, learning to observe and note things happening around, the author shares that this place has streets full of typical car horns, people wearing ao dai, local habits, working style and enthusiasm when working with people from other cultures.

Writing about the old Saigon, the present Ho Chi Minh City, the Korean businessman recorded the life he witnessed through the autobiographical genre. Meanwhile, French photographer Alexandre Garel chose to express himself with images he took and put in photo books.

Arriving in Ho Chi Minh City and deciding to stay for 10 years, Alexandre Garel began to capture images of this place from old buildings that were mixed between French and indigenous architecture. With regret when the French colonial buildings gradually disappeared, he decided to express his love and desire to keep that beauty through picture books.

Not only capturing images of ancient buildings, the author also specifically directs his camera lens towards the riverside area and people living there.

Alexandre Garel and author Mel Schenk published an English book titled Southern Vietnamese Modernist Architecture. Then, in 2020, his passion for architecture led him to write the bilingual picture book Saigon: Portrait of a City.

Léopold Cadière (1869-1955) attached to the Central region for many years, leaving behind a number of research works on culture, history and ethnography. With his fluency in Vietnamese, he often goes on field trips and is called a "barefoot ethnographer" by researchers.

Léopold Cadière is also known as a historian, linguist and anthropologist. The perspective of a Western researcher with a soul that loves and understands Vietnam has helped him document the most unique features of Hue through the publication L'art à Hué.

Through the book, readers can see that the landscape, people, and heritage of Hue are recreated with thoroughness, meticulousness, and with feeling about the ancient capital of the French priest.

The book is considered as a dictionary, monograph on Hue with hundreds of sub-versions of paintings, photos, graphics, faithfully recreating the art of Hue land.

With many valuable materials, the publication is like a practical document to help promote the image of Vietnam to the world, reminding each of us to preserve and develop that culture.

Not only valuable as a picture dictionary of ancient Hue and Vietnamese art, this monograph has become a valuable work, helping to preserve Hue art. With the value of content and exquisite aesthetics, recently, L'art à Hué was awarded the B prize at the fourth National Book Award. 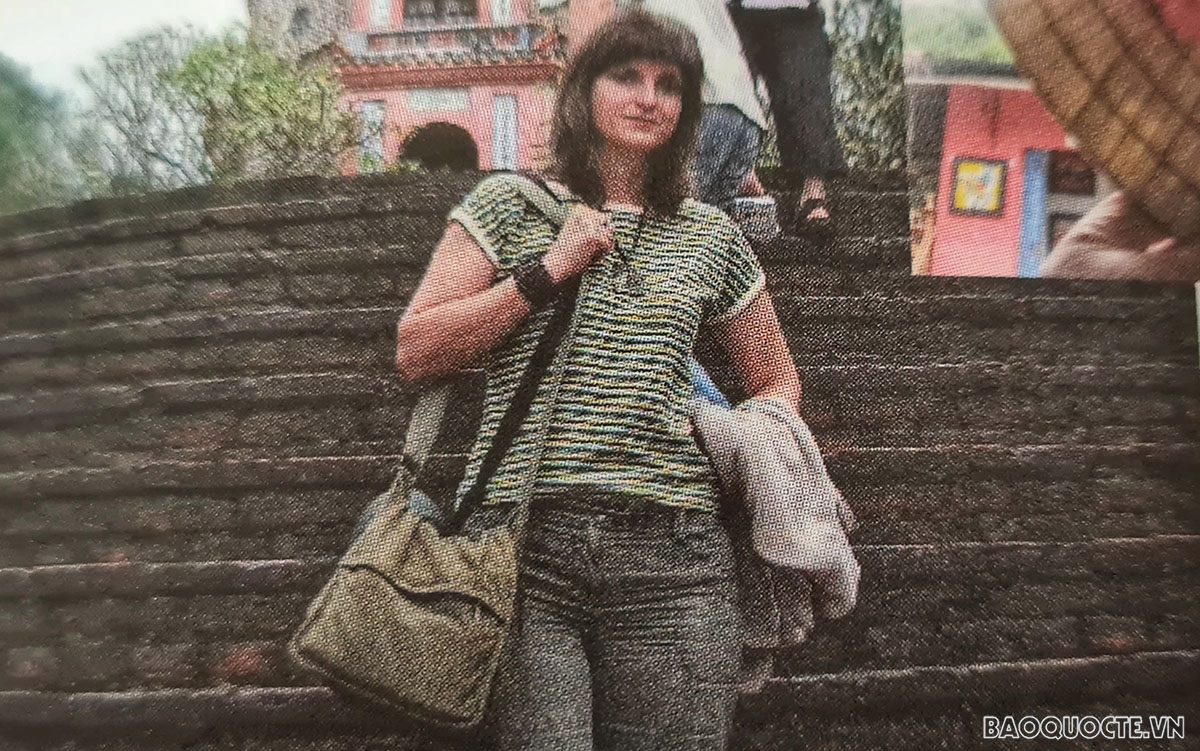 The book "Vietnam Miracle" is the latest work of journalist Kadrinka Kadrinova published on the occasion of the 70th anniversary of the establishment of diplomatic relations between Vietnam and Bulgaria.
June 23, 2021 | 08:48