Saigontourist Group in coordination with the Hungarian Consulate General held a series of events within the framework of the Hungarian Food and Culture Festival 2022 in Ho Chi Minh City
Hannah Nguyen
[email protected] December 02, 2022 | 16:01

Addressing a gala dinner and Hungarian traditional musical instrument concert programme, one of the main events of the festival in the city on December 1 evening, the diplomat said that this is the largest diplomatic event held by the agency this year to popularise heritage and traditions of the central European country.

The festival kick-started from November 21 with a training course for young chefs of HCM City, VNA reported.

A Hungarian film week from November 25-29 screened five Hungarian movies and animations. Meanwhile, a charity programme took place in parallel with the film week to raise funds for the Association for the Support of Handicapped and Orphans in HCM City.

A photo exhibition from November 29- December 4 is displaying 46 photos that won awards at the photo contest “365 Hungary” of Hungary, introducing architectural, cultural and natural heritage of the country to Vietnamese friends.

The Hungarian consul thanked Vietnamese partners for their support for the series of cultural events, expressing her belief that the Hungary – Vietnam relations will become stronger in the future.

"After organizing the festival program, Vietnamese people and tourists also have a better understanding of Hungarian cuisine and culture, thereby helping to tighten the diplomatic relations between Vietnam and Hungary," said the representative of the Hungarian Consulate.

Hungary is now one of the leading important partners of Vietnam in Central - Eastern Europe.

Vice General Director of Saigontourist Group Vo Anh Tai said that the series of cultural, culinary and tourism events was launched by the Hungarian Consulate General to promote bilateral relations between Hungary and Vietnam in all fields, contributing to tightening solidarity and friendship, bringing more opportunities for the two countries to exchange culture. Specifically, through the programs, businesses, specialized hotel and culinary units can know more about Hungarian cuisine so that they can best serve Hungarian tourists when coming to Vietnam.

Some photos of the Hungarian Cultural and Gastronomic Weeks in Ho Chi Minh City: 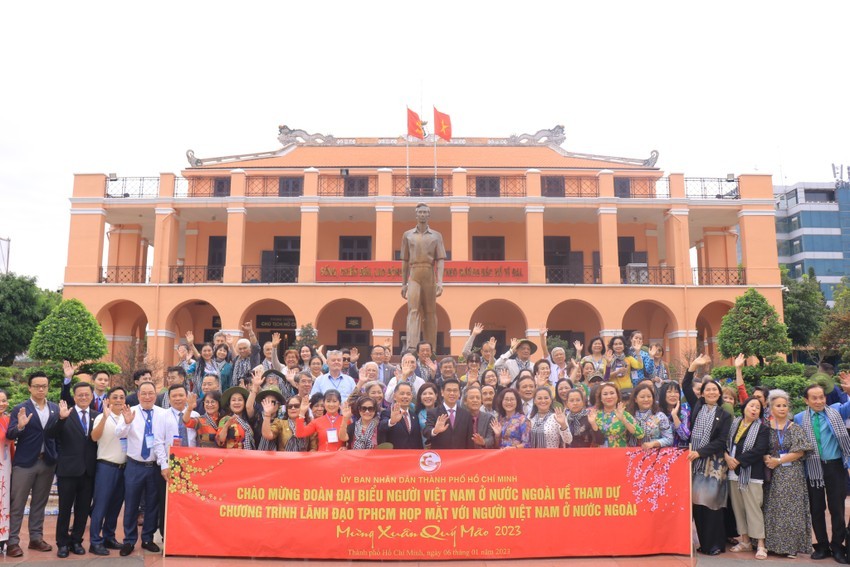