This was the main outcome of the Asean-India Summit held in the Cambodian capital of Phnom Penh. Vice president Jagdeep Dhankhar led the Indian delegation to the summit, which included external affairs minister S Jaishankar.
Tarah Nguyen
[email protected] November 14, 2022 | 11:36

India and the Association of Southeast Asian Nations (ASEAN) on Saturday elevated their relations to a Comprehensive Strategic Partnership, pledging to enhance cooperation in areas ranging from maritime and cyber security to inter-operability of digital financial systems.

This was the main outcome of the Asean-India Summit held in the Cambodian capital of Phnom Penh. Vice president Jagdeep Dhankhar led the Indian delegation to the summit, which included external affairs minister S Jaishankar.

India and Asean forged a strategic partnership in 2012, and secretary (East) Saurabh Kumar told a media briefing the further elevation of ties will lead to a focus on five specific areas – maritime security, joint implementation of projects in the Indo-Pacific, cybersecurity and inter-operability of digital financial systems, new technologies for sustainable development, revival of tourism, and joint efforts to promote peace and stability across the region.

Kumar described the new comprehensive strategic partnership as historic, and said it will lead to practical cooperation in the five identified areas.

According to joint statement issued after the summit, India and Asean will advance maritime cooperation, including maritime security, countering piracy, search and rescue operations and humanitarian assistance and disaster management. The two sides will explore activities to implement the Asean Outlook on the Indo-Pacific and India’s Indo-Pacific Oceans Initiative.

They will strengthen cooperation in cybersecurity, digital economy and fintech, including the inter-operability of digital financial systems. There will also be enhanced cooperation in sustainable development with the focus on new and emerging technologies for renewable energy, smart agriculture, healthcare and space.

Asean and India will promote the revival of tourism and enhance activities involving youth, and also work together on regional and international issues of common concern to promote peace, stability and prosperity in the region.

Kumar said a scoping exercise for the review of the free trade deal had been completed and the actual review will now start. “All countries expect that this review will be done soon and the new agreement will facilitate trade and be business-friendly. Two-way trade is currently worth $110 billion and we believe this will increase with the new agreement,” he said.

India announced an additional outlay of $5 million for the Asean-India Science and Technology Fund for work on emerging areas of public health and renewable energy.

Dhankhar held a bilateral meeting with Cambodian Prime Minister Hun Sen, who sought enhanced bilateral trade and greater Indian assistance for agriculture and irrigation. Several irrigation and power projects are currently being implemented in Cambodia under an Indian line of credit worth $102 million.

India and Cambodia also signed three memorandums of understanding for cooperation in health and medicines, biodiversity conservation and sustainable wildlife management, and technology for digital documentation of cultural heritage, and a financing agreement for the conservation and preservation of Ramayana murals at a pagoda in Siem Reap.

The Indian side announced a grant of $426,000 to support Cambodia’s efforts to remove mines that were laid from the late 1970s to the 1990s. The Cambodian government intends to declare the country mine-free by 2025, and India has supported these efforts in the past by pledging demining equipment worth $1.5 million and providing 15 mine-sniffer dogs. 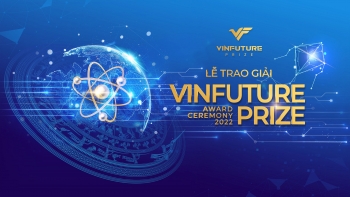