Myanmar will host the 34th ASEAN Tourism Forum-2015 for the first time from January 22nd-29th, a move expected to boost its tourism growth.

Myanmar will host the 34th ASEAN Tourism Forum-2015 for the first time from January 22nd-29th, a move expected to boost its tourism growth.

It expects to bring together 1,500 guests, including tourism ministers, from 40 countries around the world to the event in Nay Pyi Taw, said the Ministry of Hotels and Tourism.

An ASEAN Tourism Ministers Meeting, a ministerial meeting on tourism between ASEAN and the bloc’s partner countries, and other relevant conferences will be held.

The first ASEAN Tourism Forum was hosted by Malaysia in 1981, aiming to provide a platform for regional countries to popularise and introduce their tourism products.

According to the bloc’s statistics, 2.04 million foreigners spent their vacations in Myanmar in 2013, which represented a rise of 93 percent from 2012. 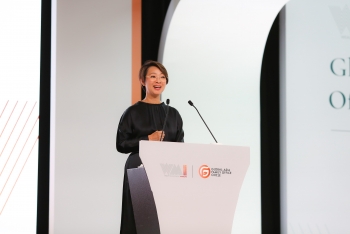