A fleet review is usually conducted once during the term of a President, who is the supreme commander of the armed forces, reported the hindustantimes.
Tarah Nguyen
thuyhang.vietnamtimes@gmail.com February 16, 2022 | 11:19

Indian President Ram Nath Kovind will review the Indian Navy’s fleet at a ceremonial event at Visakhapatnam on February 21, which will witness the participation of over 60 warships and submarines as well as around 50 aircraft, officials familiar with the development said on Friday. The high-profile presidential fleet review will be followed by the Milan multi-nation naval exercise, from February 25 to March 4, for which India has invited 45 countries, the officials said.

A fleet review is usually conducted once during the term of a President, who is the supreme commander of the armed forces. The navy has conducted 11 Presidential Fleet Reviews (PFRs) since Independence. This year’s event will commemorate 75 years of the country’s independence, with the theme Indian Navy: 75 years in Service of the Nation.

“As part of the PFR, all participating units will be anchored in a formation of four precise columns. The President will review all the ships by ‘steaming past’ them, embarked on a naval vessel designated the ‘Presidential Yacht’,” said one of the officials cited above. Naval aircraft will fly overhead the formation and render their salute.

The Milan exercise, a biennial event, is expected to be the biggest ever since its inaugural edition at Port Blair in 1995 when only four foreign countries took part in the drills: Indonesia, Singapore, Sri Lanka and Thailand.

“Since then, the exercise has transitioned by leaps and bounds in terms of number of participants and complexity of exercises,” said a second official. Response from friendly foreign countries has been encouraging, he added. Of the 45 nations invited, around 35 have confirmed their participation. China and Pakistan have never been invited for the drills.

“The aim of the exercise is to hone operational skills, imbibe best practices and procedures, and enable doctrinal learning in the maritime domain through professional interaction between friendly navies.”

The exercise was traditionally staged off Port Blair but has been moved to the eastern seaboard as it offers better bandwidth for conducting bigger drills. The 2020 edition of Milan, which was to be staged off Visakhapatnam, was not held that year due to the Covid-19 outbreak. The exercise will be organised in the backdrop of China’s growing naval activity in the Indian Ocean region. 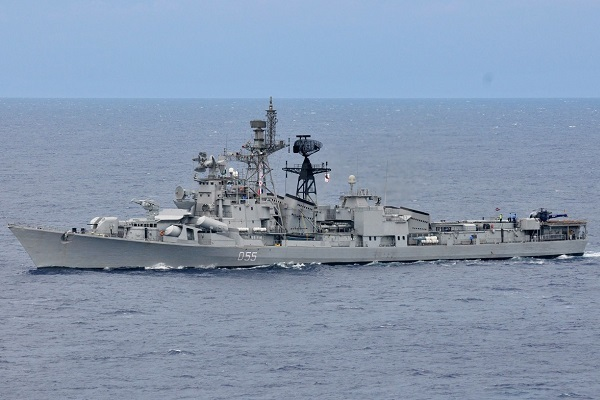 A task force of four warships from the Indian Navy's Eastern Fleet is scheduled to proceed on an over two-month overseas deployment to South East Asia, the South China Sea (known as Bien Dong Sea in Vietnam) and Western Pacific.
August 05, 2021 | 08:36