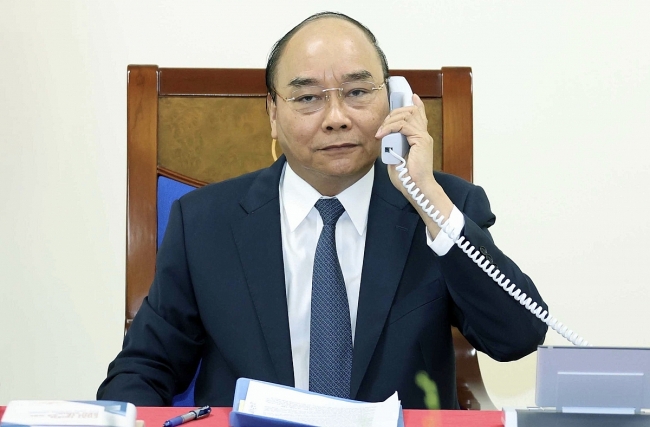 Vietnamese Prime Minister Nguyen Xuan Phuc and Chancellor of Germany Angela Merkel, during their phone talks on September 15, stressed the importance of the settlement of disputes by peaceful means in line with international law and the 1982 United Nations Convention on the Law of the Sea in Bien Dong Sea (internationally called South China Sea).