With New Year arriving at the corner now, take a look at these best places to celebrate and enjoy your New Year time with wines, flowers, fireworks, and countdowns to a new era.
Charlotte Pho
January 01, 2022 | 00:12

New Year is only hours away, and we are ready for the fireworks, wines and spending time with your loved ones. New Year’s Eve is the biggest party of the year. It’s a celebration that brings people together to celebrate all the potential that a new year offers. It’s a day of hope, happiness, and celebration.

There are many best places to celebrate New Year in the world that hosts crazy parties and events to engage people and celebrate the arrival of New Year.

Every year as the clock nears midnight on December 31, the eyes of the world turn once more to the dazzling lights and bustling energy of Times Square. Anticipation runs high. New Year's Eve at the symbolic center of New York City has become more than just a celebration — it's a global tradition.

The world holds its breath, and cheers as the clocks strike twelve.

As the famous New Year's Eve Ball descends atop One Times Square, countless people watch Times Square, nationwide, and throughout the world and are united in bidding collective farewell to the departing year and expressing joy and hope for the year ahead.

New Year's Eve 2022 will safely invite revelers back to Times Square to watch the Ball Drop in person, with proof of full vaccination and valid photo identification. The highly anticipated festivities will also be broadcast for television and internet audiences, and will include a virtual multi-media experience.

Attendees will also be required to wear masks. Viewing areas will be filled with fewer people to allow for social distancing. Revelers won't be allowed entry until 3:00pm.

The health and safety of New Year’s Eve revelers is the priority of Times Square New Year’s Eve 2022. The event is working closely with medical experts to consult on all health protocols and to ensure that everyone follows the state established safety guidelines.

Synchronised to a soundtrack of popular music from past and present, the fireworks explode off the arches, catwalk and roadway of the Harbour Bridge, including the Opera House, nearby city buildings and up to seven barges evenly divided on both sides of the bridge. Each year a new theme is chosen and is regularly viewed by more than one million people surrounding the harbour and one billion worldwide for the Midnight Fireworks. For the 2010–11 event, an audience of 1.5 million watched the display from the local harbour and a reported 1.1 billion globally, though independent support for that claim is lacking.

The event was first televised on 31 December 1995. The 9 pm Family Fireworks were originally the main show lasting around twenty minutes, with the Midnight Fireworks only lasting around three and featuring only the Sydney Tower. From 1999 onwards the Midnight Fireworks became the main event of the two. In 2020, the festivities were downsized due to the COVID-19 pandemic, with the Family Fireworks cut and the midnight fireworks shortened.

London's New Year's Eve festivities have regularly consisted of a midnight fireworks show; the focal point of the festivities are the South Bank, where the chimes of Big Ben at midnight signify the arrival of the new year, and pyrotechnics are launched from barges along the River Thames and from the London Eye observation wheel.

New Year's Eve celebrations were first held in an organised fashion in 1999 to celebrate the arrival of the year 2000. Due to disputes with the city, the New Year's fireworks shows were not held again regularly until New Year's Eve 2004, where Jack Morton Worldwide began to organise the show on behalf of the city of London. Titanium Fireworks are responsible for the pyrotechnics.

Public New Year's Eve festivities in London have been suspended since 2020 due to the COVID-19 pandemic, being replaced by television-only events in both 2020–21 and 2021–22 due to restrictions and uncertainties surrounding public gatherings. The 2020–21 presentation still included a fireworks show, but it was held behind closed doors at multiple London landmarks.

London rings in the new year with an astonishing fireworks display that’s launched from the London Eye. The fireworks can be seen from rooftops and balconies all across London, so you don’t need to leave your hotel to get a good view. If you want to get out there and really experience the display, the best views are from Westminster Bridge and the north embankment of the River Thames (opposite the London Eye).

Paris is the perfect destination for a romantic New Year’s Eve getaway. It has high class dining, clubbing, fantastic fireworks, and the chance to sip Champagne on the Champs-Elysees. Around midnight, you can watch the Eiffel Tower’s light show. Another great place to spend the evening is Montmartre, as it offers spectacular views of the entire Paris skyline.

While you won’t get the same level of epic fireworks as you would in Sydney, there are still great parties through the city and many people light off their own fireworks from the Champs-Elysees. The city stays open late!

Looking for the best place to spend New Year's Eve in Venice, we have got you covered. Venice with its postcard-perfect canals and stupendous architecture lures many tourists for a vacation here. Spectacular parties are held here on New Year’s Eve for the entertainment of the people. Witness the Italy-style New Year celebration which starts from a lavish dinner and nothing can beat a true Venetian style dinner retreat on a boat with picturesque views. La Fenice Opera House is another place in Venice to witness a sweet and simple New Year celebration in the form of concerts. People who fancy art and theatre would love to celebrate here. The Big Party at the St Mark’s Square, one of the best New Year parties in the world is another great spot where a lot of people gather at midnight to welcome the arrival of New Year. Singers and artists perform here and the massive fireworks also takes place at sharp 12:00 am.

Things to Do: Witness the intriguing fireworks at Piazza San Marco, enjoy a fancy Italian feast at any of the popular restaurants in Venice, Take party in the Big Party at the St Mark’s Square.

One of the best places to travel to for New Year is Bangkok where the Central World Square is the highlight of the city on the main Eve when various people gather together to celebrate the arrival of New Year. Fascinating fireworks that place here and the square is dotted with various bars and clubs that come to life as soon as the clock strikes 12. Another enchanting thing to do in Bangkok is to take a lavish dinner cruise on the Chao Phraya River where you can relish international and Thai buffet along with exotic drinks and seafood. Witness the intriguing skyline and the fireworks for a soul-satisfying new year experience. Bangkok hosts some of the best new year parties in the world like Meta Music Festival, White Party, Glitter & Glam and Beam NYE. Various rooftop dining venues like Sky Bar at Lebua, Octave Rooftop Bar – Marriott at Hotel Sukhumvit and Sirocco can also be booked to enjoy a spectacular New Year bash.

Come New Year's Eve, Tokyo is usually filled with incredible parties and countdown celebrations. However, due to the pandemic, some of the bigger New Year's Eve events, like the countdown at Shibuya Crossing, have been cancelled. That doesn't mean there's nothing to do, though. Many of Tokyo's shrines are still open for the first prayer of the new year and you can still partake in the spiritual bell-ringing ritual at some temples.

Live music events have been scarce the past two years, but music magazine publisher Rockin’ On Group is bringing this wild end-of-year festival back to Makuhari Messe. Over a span of four days from December 28 to 31, it’ll feature live music with 36 Japanese rock and pop musicians including Kyary Pamyu Pamyu, Little Glee Monster, Maximum the Hormone, Kana-Boon, Tokyo Ska Paradise Orchestra and much more.

This year won’t be a typical standing music festival, though. Instead, there’ll be spaced out seats to ensure social distancing. This party ends at 8pm on December 31, which still leaves you time to catch another countdown elsewhere in Tokyo.

You must be fully vaccinated at least two weeks prior to attending the festival, and show proof at the door with a copy of your vaccination record or certificate. You must also submit a negative PCR test from within 72 hours of your arrival to the venue. 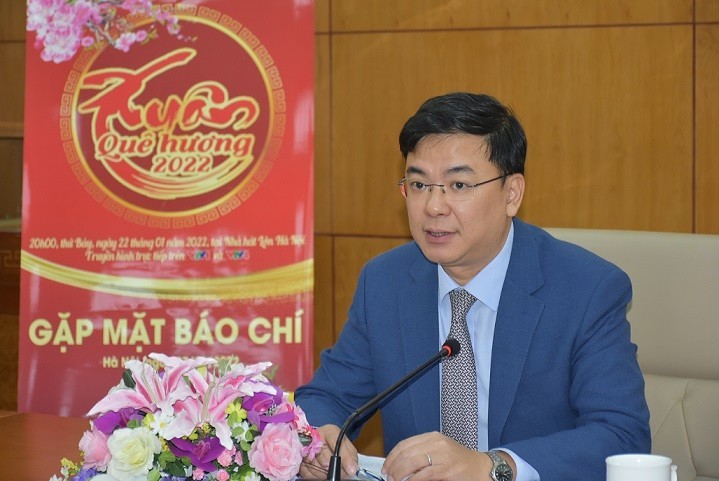 The State Committee for Overseas Vietnamese has made many efforts in 2021 to help Vietnamese to adapt and recover their lives and simultaneously carry out activities to contribute to the homeland.
January 09, 2022 | 13:38 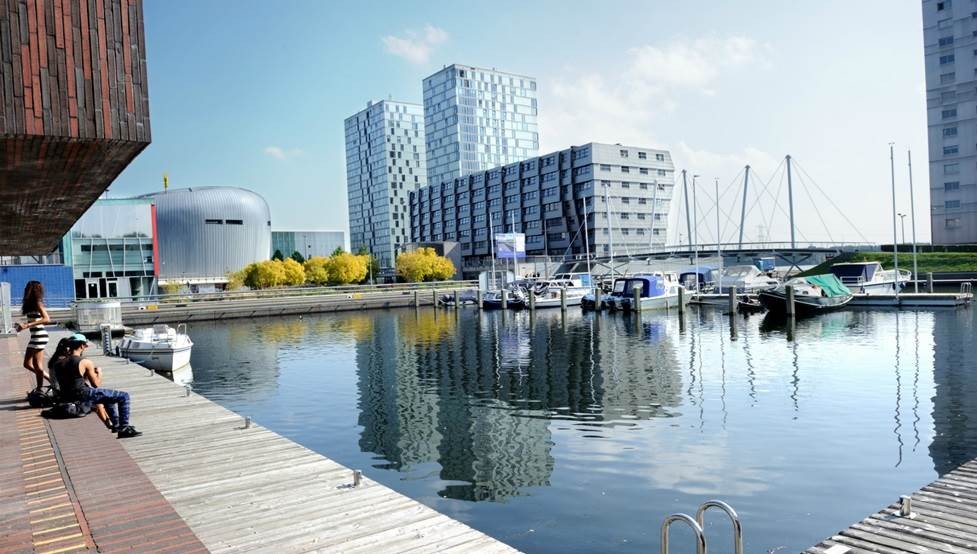 The Most Beautiful Tourist Destinations For A Summer Holiday In 2022

From beautiful Holland, lovely Vietnam to England, here are the best and most beautiful tourist destinations that you can visit for your summer holiday this year.
January 05, 2022 | 17:32 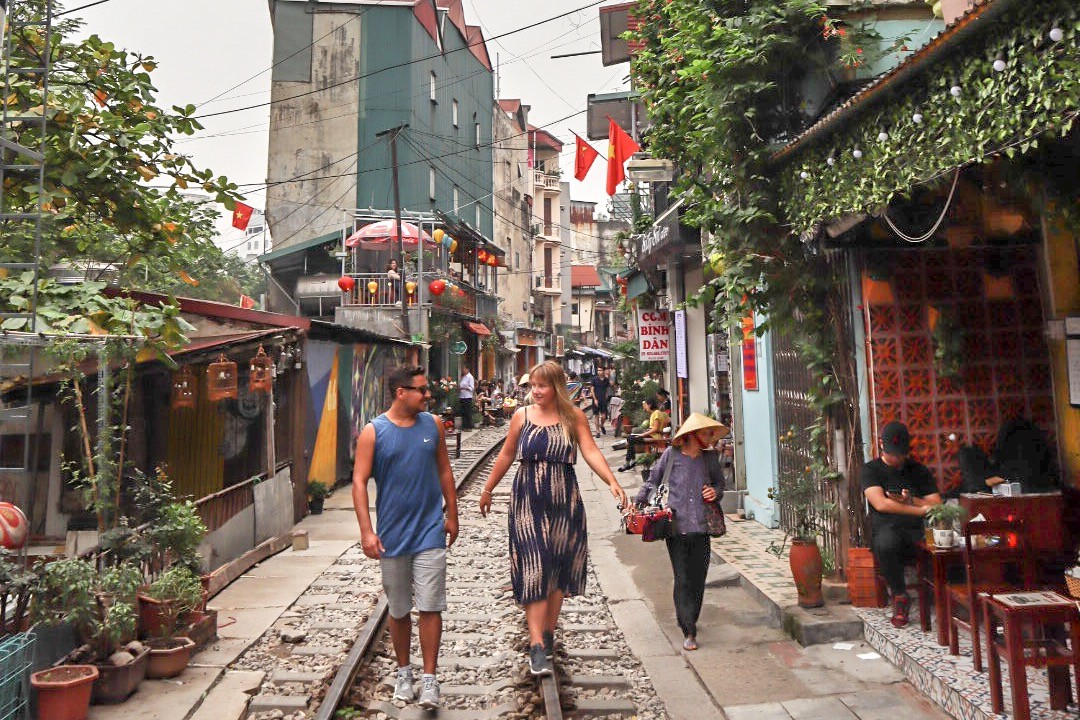 Best Places For Remote Workers In 2022

With remote works have been becoming a trend these days, these best places will be your greatest choice for digital nomads who are looking for a suitable and friendly working environment, with reasonable living expenses.
January 04, 2022 | 22:19