The Mysterious Buffa di Perrero – “The Loneliest House In The World”

Located 2800 metres above the sea, the mysterious and dangerous Buffa di Perrero is named "The loneliest house in the world", and becomes an unusual tourist attraction in Italy.
Charlotte Pho
December 14, 2021 | 07:37

The world’s loneliest house, stuck on the side of a remote mountain range, had lain empty for 100 years — but its mystery remains.

What you won't find, is an explanation of how this bizarrely placed house got there.

For decades people have pondered how earth removal workers could have accessed the house, which was believed to be constructed more than 100 years ago during WWI.

Legend has it that Italian soldiers built the hidden shelter so they could hide from the elements and rest from battling Austro-Hungarians.

It has brick walls, a slanted roof, four framed windows, and a set of camping chairs — leading many people perplexed as to how building materials and objects were taken up to the hard-to-reach structure in the first place.

The Via Ferrata, or 'Iron Path' in English, has steel ladders and cables added for especially dangerous parts of the trail up to the mini structure.

It is believed that the cabin was first built more than a century ago by Italian soldiers during World War I, who created the spot to rest, store items, and gain strategic advantage over forces approaching the Austro-Hungarian Empire.

A number of 'bivouacs' like Buffa di Perrero were constructed in the Italian Front of the global conflict, as the two armies clashed on foot and fired heavy artillery into the mountains.

This triggered a number of avalanches, and one incident dubbed 'White Friday' at Mount Marmolada in December 1916 ended up killing 270 Austro-Hungarian soldiers.

Damage resulting from weather conditions remains a hazard in the area, and it was reported by the local newspaper Il Dolomiti that the hut had sadly been rendered "unusable" for climbers after the roof gave way.

How It Became Famous

If you successfully use the steel ladders, rungs, and cables attached to the steep mountain faces on Via Ferrata (Italia for 'iron path), you're free to take a look inside the mysterious house.

Just don't be disappointed by the drab wooden interior, which includes some white wooden chairs and little else.

The narrow wood-clad room is strangely packed with several white wooden chairs, suggesting the soldiers or modern adventurers simply took the opportunity to put their feet up. This makes sense, as some of the trails on the Dolomites can take around a week to walk.

The Auronzo section of Club Alpino Italiano — a group that oversees hiking trails in the area — seems to have been inspired by the unusual pad, as they built a contemporary shelter to rival this historical one.

They commissioned a modern new hiking haven for tired travelers that sits by the Forcella Marmarole pass and can fit up to 12 people.

Its shell was spectacularly put in place by a helicopter while its positioning provides the illusion that it is actually falling down the vast mountain range.

Explorers can take a ski lift partway before embarking on a grueling, five-hour trek to the stunning shelter.

Like any famous thing, Buffa di Perrero has inspired copycats.

The Auronzo section of Club Alpino Italiano (CAI), which cares for hiking trails in the area, has built a modern shelter that was helicoptered up onto the Forcella Marmarole pass.

Not for the faint of heart, the accommodation's positioning make it appear as though it is tumbling down the mountain range ad demands a grueling five-hour hike to reach it. Those who make it to the secluded spot can take a peek inside the mysterious pad.

But apart from admiring the structure and panoramic views from a stomach-churning height, there is little to see. 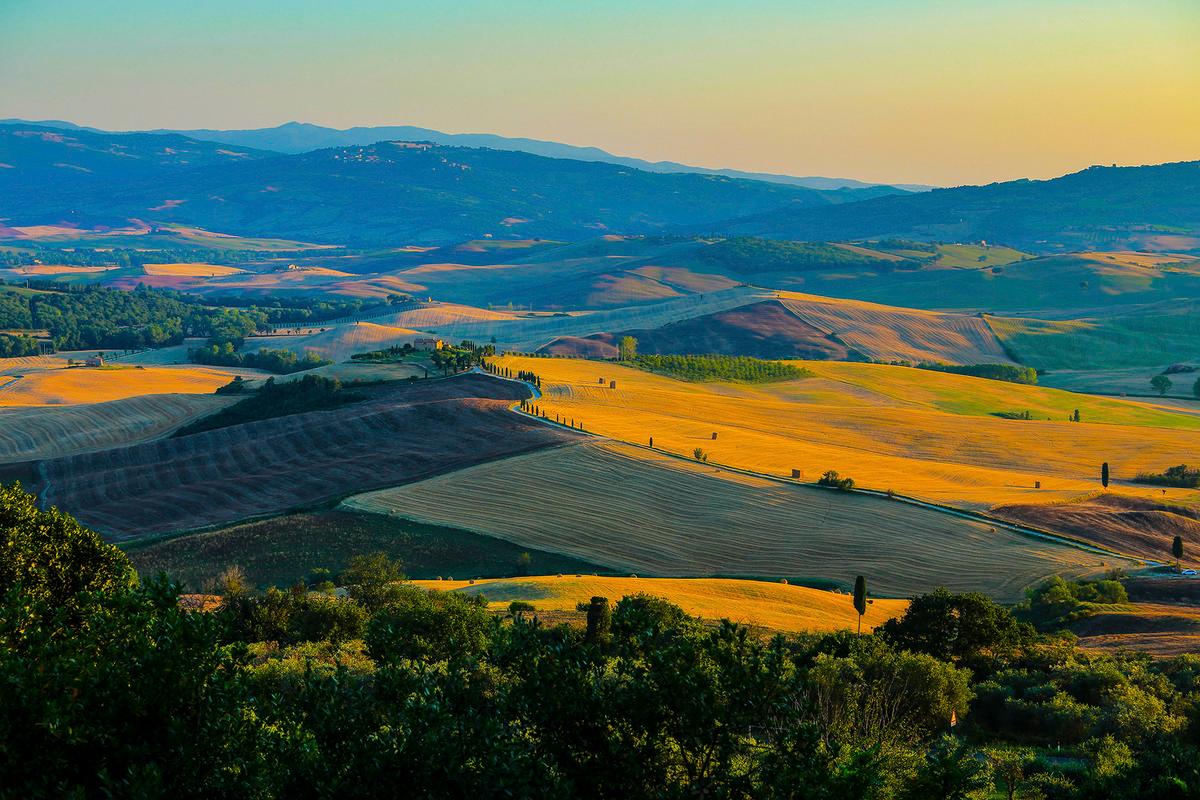 To many people, Tuscany is the romantic images of idyllic hill towns bristling with medieval towers, peaceful low hills and fields of sunflowers, which makes it a "forgotten paradise" that waits for tourists to discover.
July 25, 2021 | 08:14