Heavy rains and floods have been worsening in China's Southwestern province of Sichuan, which caused thousands of people to evacuate, and authorities warned of downpours and dangers to the citizens.
Charlotte Pho
July 12, 2021 | 06:31

Flooding in southwest China has displaced thousands of people after days of heavy rain – and more could be on the way, authorities warned.

Across Sichuan province, rainstorms have pushed up water levels in 14 rivers, affecting more than 120,000 residents and causing an estimated 176 million yuan (US$27 million) in damage since Friday, according to state news agency Xinhua.

In the city of Dazhou in the north of the province, the authorities relocated more than 4,600 residents due to floods and landslides and activated the highest alert level for more rain.

China has been on high alert since severe floods hit the region in 2020, with flood-response and rescue drills carried out ahead of the May rainy season.

Heavy rains and flooding have forced thousands of people to evacuate in China's southwestern province of Sichuan, with authorities on Sunday urging citizens across the country to brace for more downpours.

In Sichuan, torrential rain since Friday has raised the water levels of 14 rivers, swept away boats and bridges and forced the evacuation of more than 4,600 people, state media reported.

While no casualties have been reported, state media said the rain and flooding have affected more than 120,000 people, forced the cancellation of some train services and caused more than 176 million yuan ($27 million) worth of damage. About 27,000 homes in the city of Bazhong, Sichuan were reported to be without power, according to Reuters.

On Sunday, China's National Meteorological Centre renewed an alert for rainstorms across the country, forecasting heavy rainfall across wide swathes of north and central China.

The Beijing Meteorological Observatory said accumulated rainfall in the capital is expected to reach 60 to 100 millimetres on average between 5 p.m. on Sunday and 8 a.m. on Tuesday, while the city's flood control authority warned of the heaviest rains in three years.

The city typically records around 600 millimeters of rain annually.

In Hebei province bordering Beijing, heavy rain and thunderstorms left airplanes temporarily unable to take off and land at the airport in Shijiazhuang, the provincial capital, a local news portal reported.

Warnings of heavy rains and floods this year

Last year saw the worst flooding in decades, affecting tens of millions of people in dozens of provinces and resulting in at least 86 billion yuan in economic losses.

Authorities have warned that the amount of rainfall this year could be even higher, with the Ministry of Water Resources issuing a call in June for flood prevention efforts and for communities to prepare for heavy rainfall that may persist until August, according to SMCP.

Firefighters have been dispatched across the country for evacuation operations, often rescuing people from their homes and rowing them to safety.

According to the ministry, the Yellow River is now at a “critical” period of flood control with parts of its basin likely to see total rainfall 20 per cent to 50 per cent higher than average.

“The flood control system [in the Yellow River Basin] is not yet complete, the dams have weak links, preventing floods on small and medium-sized rivers is difficult, and cadres and the public lack actual flood fighting experience,” the ministry said in a statement on Sunday.

The two main roads from Bazhong to Tongjiang county were flooded on Sunday, damaging hundreds of houses, stores and markets.

Sichuan Daily also reported that 71,819 residents in Bazhong were affected and a total of 817 were evacuated on Saturday.

More rain was expected on Sunday and Monday, and the Sichuan meteorological department warned that water levels on the Qu River might reach dangerous levels around Guangan. 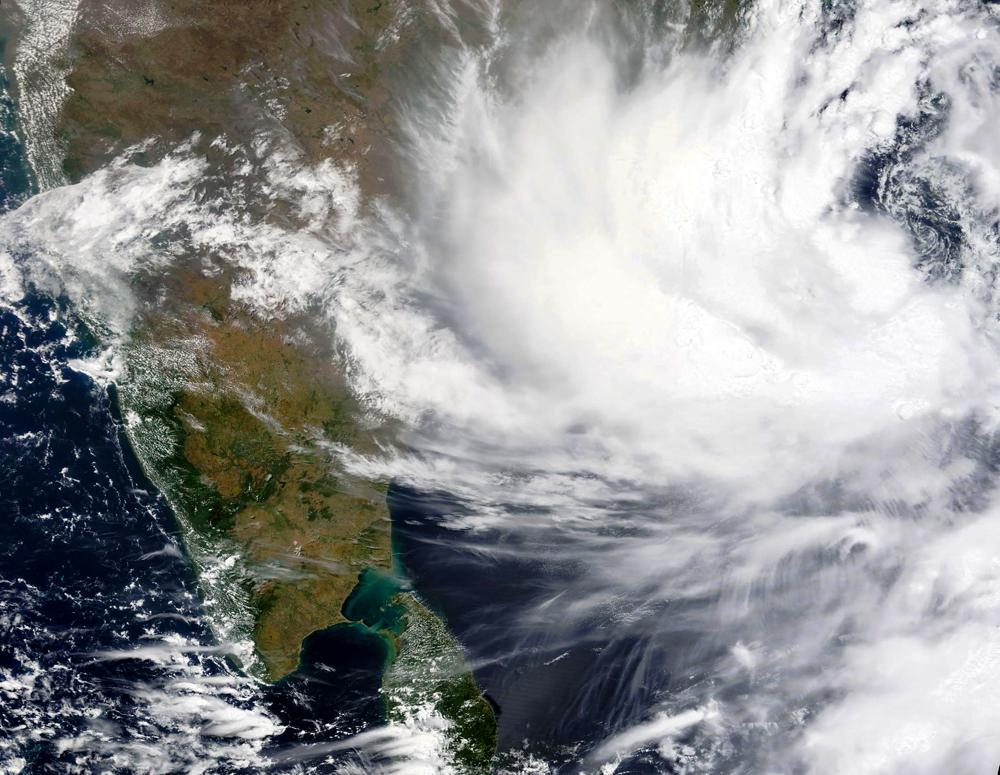 On Tuesday, India quickly evacuated thousands of people om low-lying areas of two Indian states and moved to cyclone shelters as a strong and dangerous tropical cyclone moves towards the northeastern part of the country.
May 26, 2021 | 11:43