ZURICH, SWITZERLAND - News aktuell - 20 March 2021 - It is with great sadness that Elsa Peretti's death yesterday from natural causes was announced by her family office in Zurich and by the Nando and Elsa Peretti Foundation. The designer, who was famous for her creations for high-end US jewelers Tiffany, passed away in a village close to Barcelona, Spain, at the age of 80. Her legacy comprises a body of exceptional design work as well as a foundation dedicated to humanitarian, environmental and conservation causes. A true citizen of the world, her absence will be strongly felt within all the different circles where she

ZURICH, SWITZERLAND - News aktuell - 20 March 2021 - It is with great sadness that Elsa Peretti's death yesterday from natural causes was announced by her family office in Zurich and by the Nando and Elsa Peretti Foundation. The designer, who was famous for her creations for high-end US jewelers Tiffany, passed away in a village close to Barcelona, Spain, at the age of 80. Her legacy comprises a body of exceptional design work as well as a foundation dedicated to humanitarian, environmental and conservation causes. A true citizen of the world, her absence will be strongly felt within all the different circles where she played such an active and creative role. 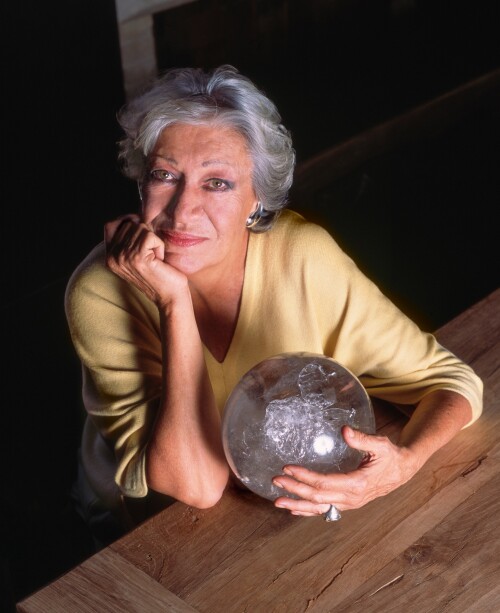 Elsa Peretti was born in Florence and educated in Rome and Switzerland. She later returned to Rome to pursue a degree in interior design. By 1969, she had established herself as a fashion model in New York and Barcelona and was also beginning to design her own jewelry.

American fashion designer Giorgio di Sant'Angelo used a few of her pieces in a fashion show, where they were an instant hit. By the following day, she was the toast of New York. It was during this period that she met the legendary US fashion designer and seventies icon Halston, who became her lifelong friend and with whom she collaborated frequently. Halston also introduced Elsa to US jewelers Tiffany & Co. in 1974, with whom she rapidly started working in an exclusive collaboration which was to last throughout her entire career.

Her inspiration was often drawn from everyday items – a bean, a bone, an apple could be transformed into cufflinks, bracelets, vases or lighters, scorpions and snakes were turned into appealing necklaces and rings, often in silver which was one of her preferred materials. She herself stated that 'There is no new design, because good lines and shapes are timeless', and indeed her pieces are as modern and wearable today as they ever were.

Elsa Peretti's designs are in the permanent collections of the British Museum in London, England; The Metropolitan Museum of Art in New York City; the Museum of Fine Arts in Boston, Massachusetts; and the Museum of Fine Arts in Houston, Texas. In recognition of her remarkable work, Tiffany established the Elsa Peretti Professorship in Jewelry Design at the Fashion Institute of Technology, the first endowed professorship in the history of FIT. Among other honours, the designer was given an honorary Doctor of Fine Arts degree from FIT in 2001. She also received the 1971 Coty American Fashion Critics' Award for Jewelry and the Rhode Island School of Design President's Fellow Award in 1981. In 1996, the Council of Fashion Designers of America named her Accessory Designer of the Year. 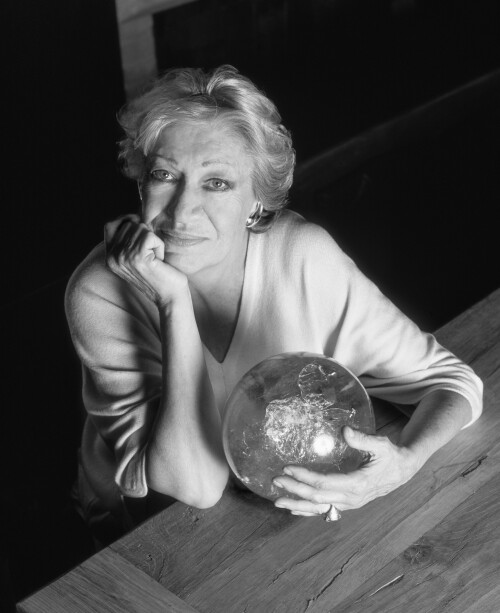 Elsa Peretti was renowned for her witty charm, openness to others, kindness and generosity. She had a deep humanitarian calling and supported cultural, scientific and educational initiatives as well as committing to the defence of human rights. In 2000, she created a charity in honor of her father, the Nando and Elsa Peretti Foundation. The Foundation supports a broad range of projects for the promotion of human and civil rights, with a special emphasis on the right to education, children's rights, and women's rights and dignity. Proposals are solicited internationally, and the Foundation has supported requests from around the world, including initiatives on behalf of unrepresented people and oppressed minorities, to defend their right to exist and preserve their culture. It also supports medical and scientific research projects to promote physical and mental health, as well as specific interventions including the building of hospitals and other sanitary facilities. It has funded public awareness campaigns for wildlife conservation and environmental protection, and promotes culture and the arts. The Nando and Elsa Peretti Foundation has financed more than 1,000 non-profit projects in more than 80 countries, for a total investment of over EUR 56 million.

The small village of Sant Martí Vell in Catalonia was always close to her heart. In 1968, she bought a mustard-yellow house there, which she lovingly restored over the next ten years and which had become her preferred residency over the past few years. While living abroad, she subsequently had entire segments of the village restored, acquiring and preserving further buildings including the church, and supporting the excavation of Roman ruins and the archiving of the village's history. She also established a working vineyard, which has marketed fine wines under the Eccocivi label since 2008.

She promoted the visual arts and fostered the consolidation, protection and dissemination of the historical, artistic, cultural, architectural and craft heritage of Catalonia. In 2013, Elsa Peretti was the first non-Catalan person to be awarded the National Culture Award by the National Council for Culture and the Arts (CoNCA).

A few things people have said about Elsa Peretti:

She is one of the greatest jewelry designers of the 20th century and has taken us beyond the realm of commercial success into design history. She is a halo for the entire brand." - Michael Kowalski former chairman and CEO of Tiffany and Co.

"Elsa brought out all these things—the bone bracelet I remember best. Everything was so sensual, so sexy. I just loved it. It was different from anything I'd ever seen, and I'd seen a lot. I've only really worn #Peretti jewellery from then on." Liza Minnelli talking about Elsa, Vanity Fair, August 2014.

"She looks at the thing, but she just doesn't look at it. She touches it, she turns it around, back of it, front of it, side of it. To really get to the object she is looking at, and that's what comes through" Hiro talking about Elsa.

"She was the most unique, most wonderful, most chic woman I had seen for years. With that men's hat and that marvelous gait... " Joe Eula on Elsa - Vogue Italia , 1996.

"She doesn't come from one locked culture, it's all blended. It's not American, it's not Europe, it's not Japanese, it's Elsa" Hiro on Elsa from "Elsa Peretti 25 years Retrospective" 1999.

"We believe Elsa's work to be a continual testament to the truth that great design transcends fashion, the heart of our company philosophy. She is one of the greatest jewellery designers of the 20th century and has taken us beyond the realm of commercial success into design history. She is a halo for the entire brand" " Elsa's work has a unique instinctive elemental magnetism. She is a design genius" Michael Kowalski Former CEO of Tiffany and Co from an interview for How to Spend it

"In Japan they have an honor bestowed on extraordinary individuals. If we were in Japan, and all over the world, Elsa Peretti would have this honor. She would be considered an international living treasure. I am in awe of Elsa – I always have been because she possesses the very rare combination of the most individual chic made even more individual by her simplicity, kindness, and startling vision. She is a woman who has assisted in creating a new notion of beauty for the rest." Ralph Rucci, couturier, Lampoon Magazine, Maggio 2020.

"Elsa brought a new intensity, a new commitment, a new passion to our focus of design" Mike Kowalski From "Elsa Peretti 25 years Retrospective" 1999.

"She'll notice someone's shoes. She notices something in a corner that you know, most people wouldn't notice, and she'll pick up on it and say: "Well isn't this beautiful? Look at this" ...you know. She makes you see things." Liz Franceschini, from "Elsa Peretti 25 years Retrospective" 1999.

"All of us at Tiffany feel a deep sense of loyalty to Elsa and she's always returned that loyalty." William Chaney, From "Elsa Peretti 25 years Retrospective" 1999.