The celebration was set to take place on Nov. 7 through the system of the Vietnam Fatherland Front in different provinces.
Valerie Mai
mnghonganh@gmail.com December 09, 2021 | 11:45

The celebration picked up the theme: "40 years of Vietnamese Buddhist Sangha: Integrate and develop with the country". This is a big event for pagodas at all levels and all Vietnamese monks and Buddhists. The event's significance affirmed the Vietnam Buddhist Sangha's role as the leader of the Buddhism community in Vietnam. The birth of the sangha shows the acquisition of wisdom, meets the aspiration to unify Buddhists.

The celebration was also an occasion for the sangha to look back on the past history, inherit the Buddism community's historical tradition of protecting the nation and the people, and accompanying the people. At the event, the sangha evaluated its great achievements in spreading Buddism ideas, developing the organization, taking care of the practicers, contributing to building and defending the fatherland.

The event called for pride in historical traditions and raises awareness of the roles and responsibilities of the Buddhism community to constant cooperation to develop the Vietnamese Buddhist Sangha in the period of international integration with the motto of "Dharma-Nationalism-Socialism". Thereby, the sangha would step side by side with the country, contribute to building a powerful, prosperous Vietnam, heading towards the 100th anniversary of the country's founding, which will take place in 2024.

The sangha currently has nearly 55,000 monks and nuns, more than 18,000 religious houses, more than 50 million Buddhists, and people who have an interest in Buddhism. Vietnam Buddhist Sangha has launched 10 overseas Buddhist associations and established regular contacts to guide Vietnamese monks, nuns, and Buddhists in 35 countries and territories around the world.

After eight tenures on its 40-year journey, the Vietnam Buddhist Sangha is the only representative for Vietnamese monks, nuns, and Buddhists in the country and abroad. The sangha has had many achievements and made contributions to the construction and defense of the fatherland.

The organization gives out guidance for the Buddhists community to practice Buddhist ideas with an aim to a better life. It also guides practices to strictly comply with the state's laws, to promote patriotism, to preserve cultural traditions, uphold the spirit of national great solidarity, promote the unity of religions, build a healthy cultural and spiritual life, eliminate superstition, contribute to building Vietnamese culture in a modern orientation with bold national identity. 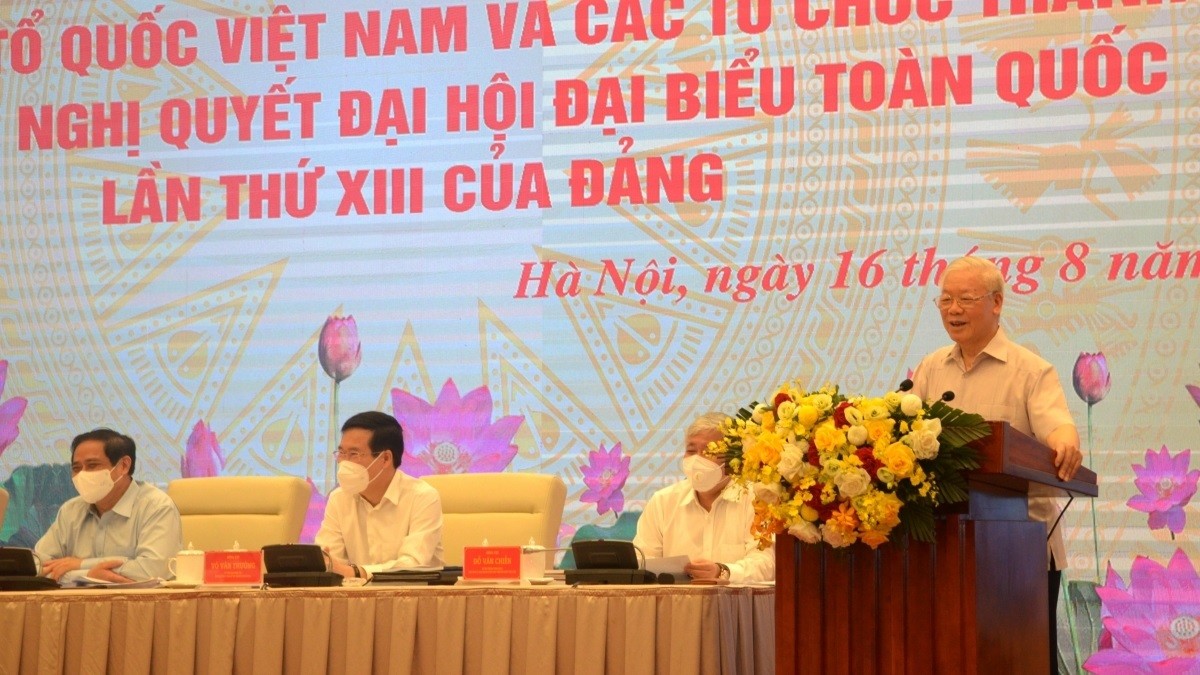 The Vietnam Fatherland Front (VFF) must form the core of protecting the Party’s ideological foundation along with foiling any subversive plots, including ‘peaceful evolution’ schemes initiated by hostile forces.
August 17, 2021 | 15:49 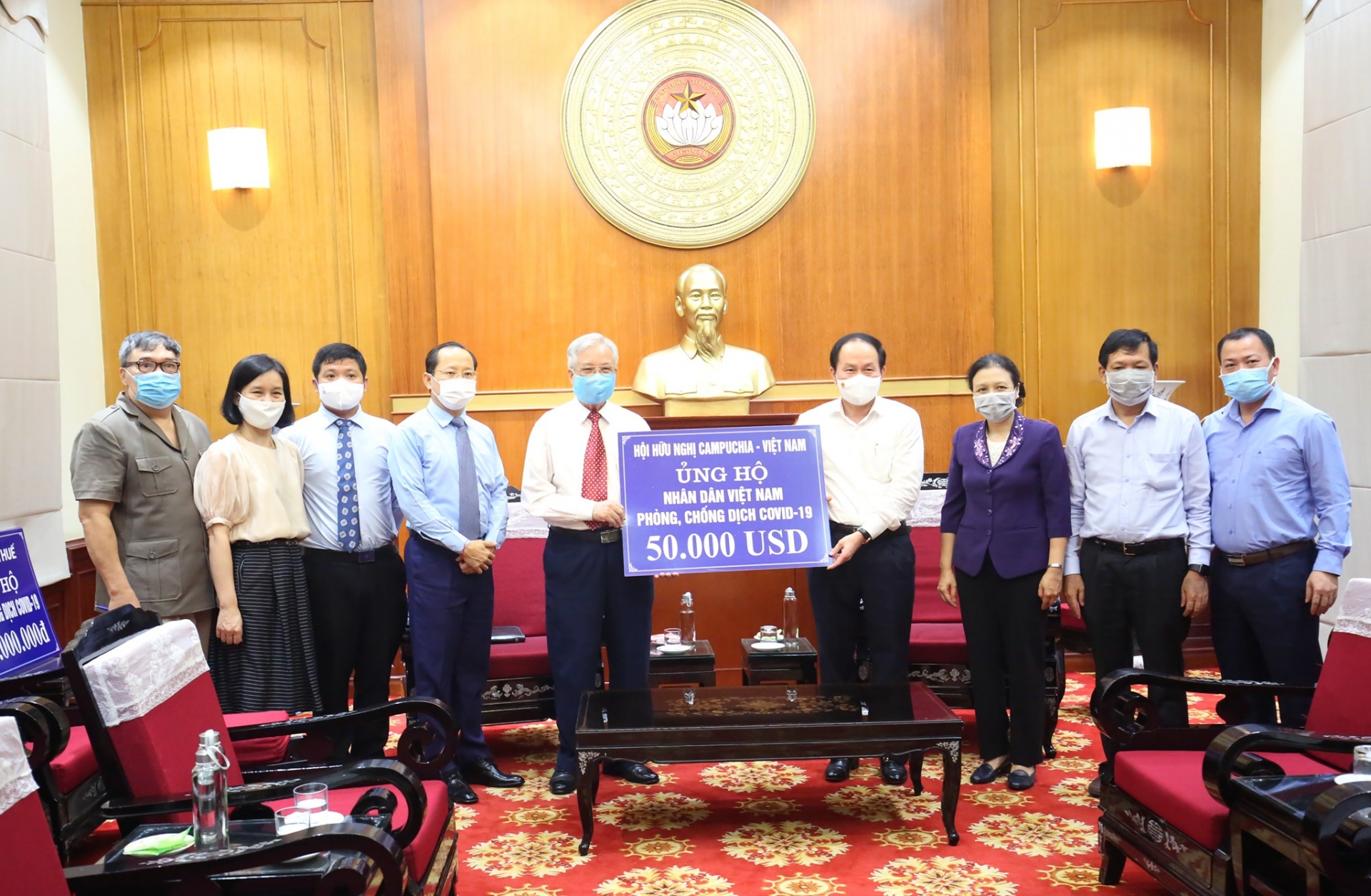 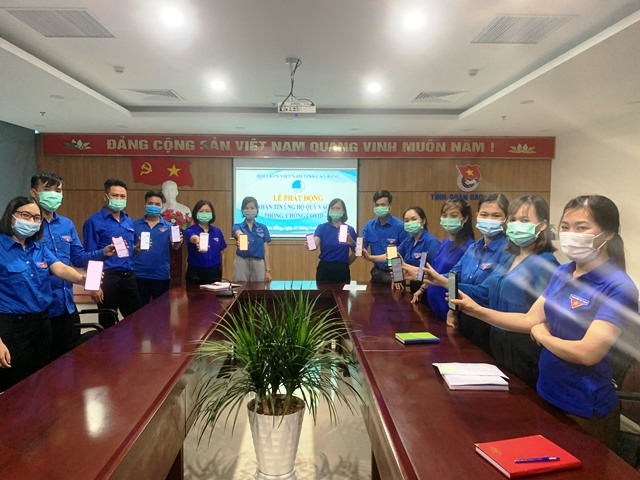 Vietnam has enough money to purchase 150 million doses of Covid-19 vaccines and carry out a mass vaccination campaign for 75 million people, according to Do Van Chien, president of the Vietnam Fatherland Front
July 14, 2021 | 09:43 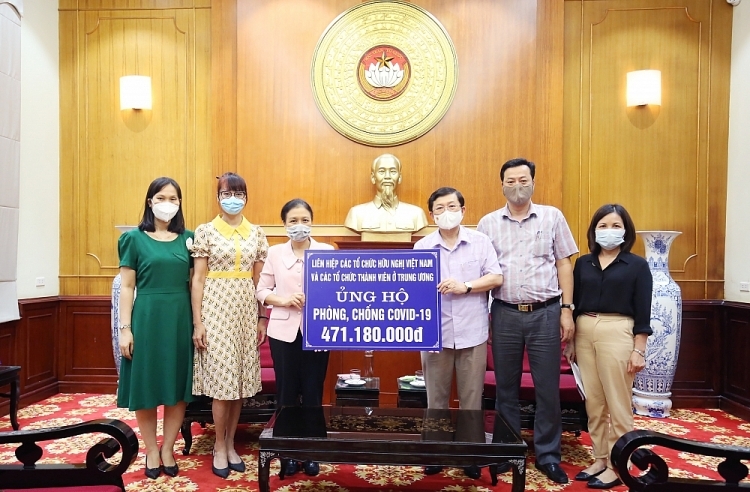 The Vietnam Fatherland Front Central Committee received over VND 400 million (appx. USD 17.300) from the Vietnam Union of Friendship Organizations (VUFO) in support of the fight against the Covid-19 pandemic.
June 11, 2021 | 07:10